Revolutionizing Your Relationship with God 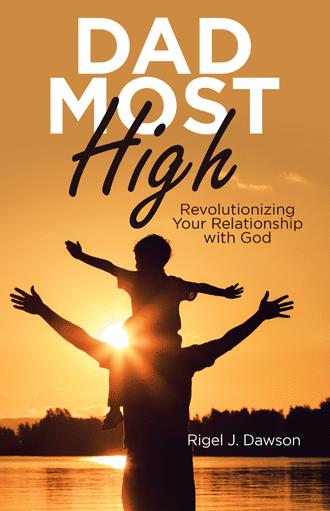 As many things do, this book begins with a great song. It’s not a traditional church hymn or even a modern praise and worship ballad. This song has nothing to do with church, and there’s nothing spiritual about the lyrics, per se. But, man, what a great song!

Back in the ’70s, Bill Withers asked an important question: Who Is He (And What Is He to You)? If you’ve never heard it, do yourself a favor and go YouTube it or something.

See, the question reminds us of a profound truth that relates to our existence as human beings: identity is everything.

When the officer pulls you over, the first thing she wants to know is who you are. The first question people ask when they meet you is what your name is, and the second question they ask is what you do, just another way of finding out who you are and how you define yourself.

Identity, or rather, our understanding of it, frames our decisions and forms our motivations. Who we think we are determines what we do and how we do it and even why we do it. Think about how many times you’ve heard someone who was asked why they did something respond by saying, “That’s just who I am.”

When it comes to our spiritual lives, identity is everything. I hope you know by now that you can’t really do what you’re supposed to do until you know who you are. And as a believer, your identity is tied to the identity of your God. One of the first things scripture reveals to us about our nature as human beings is that we were created in the image of the One who created us. So it comes down to this: you don’t know who you are until you know who He is.

These questions determine the direction of your entire spiritual walk. If He’s mostly Master, and in relation to that, you see yourself mostly as a servant, then that understanding of identity dictates how you move with Him. I’m guessing there’s a lot of fear in your Christian walk, a lot of worry about whether you’re being good enough or doing enough of the right things.

If He’s mostly King or Lord to you, and you see yourself as merely a subject or a supplicant, you probably struggle with feelings of emptiness and insignificance even while you worship and work religiously. You carefully dot all your T’s and cross all your I’s, but still don’t seem to really be getting anywhere in your spiritual life.

Because of the way you’ve been taught to see God, you may even struggle at times with whether or not you’re really saved. You might be on the proverbial rollercoaster of emotions in regard to your eternal life. One day you’re riding high at the apex of confidence and joy, and the next day you’ve bottomed out in doubt and despair!

Now, don’t get me wrong. I’m not saying He’s not Master and King and Lord. He’s all that and more! When He introduced Himself to Moses, He simply said, “I AM WHO I AM.” No single name or label would have been sufficient to capture the sum of His being. He just IS. He’s whatever you need. Are you sick? He’s Healer. Are you lost? He’s Shepherd. Are you poor? He’s Provider. Are you lonely? He’s Love. And, yes, He’s most assuredly Master, King, and Lord. The list goes on and on; whatever you need Him to be, He’s that and then some.

You could write volumes on each of those roles God plays in our lives, but the point of this book is that we often miss one of the most important aspects of God’s identity. And in missing it, we also end up missing out on the fullness of our relationship with Him. See, I believe that what God wants to be to us – far more than He wants to be King or Master – is Father.

When you really learn to see God first and foremost as your Abba, it drastically changes how you relate to Him. It blows open the doors on a powerful prayer life that isn’t bound by form and formality! It imparts an amazing sense of spiritual security and frees you from chasing what you already have! It fills you to overflowing with an unshakeable joy that rests firmly on a foundation of unconditional love!

When you learn to see God as Father, you can no longer see yourself as just a servant…only a subject…merely a supplicant. You see yourself as a son, and that changes everything. So let’s take what I hope will be an enlightening and encouraging journey together, and it starts with the question from the song:

who is He…and what is He to you?

Do you ever struggle to find joy in your Christian walk? Do you worry about whether you’re doing enough, giving enough, or being good enough for God to truly love you? Do you wrestle with the boredom of religious routine or the fear that’s been instilled in you by legalistic teaching? If so, you’re not alone.

Much of our struggles come from having been taught to see God mostly as Master and Lord, as King and Judge. But when you realize that the Almighty is also your Abba, everything changes! In Dad Most High, you’ll learn to see God through different eyes, and you’ll learn to start seeing yourself through His! This engaging and insightful book is a must-read for every believer who wants to experience the fullness of an intimate and satisfying relationship with their heavenly Father.

• Learn the often-overlooked truth about why you were really created

• Uncover the hidden motives behind the attacks of the enemy

• Reignite your energy and passion for serving in the kingdom

• Find the key to lasting freedom from guilt and shame

Rigel J. Dawson has been teaching God’s word for over twenty years and is blessed to serve the Family of Faith Church in Flint, Michigan. He is author of The Pastor Is In: A Thirty-Day Faith Devotional Inspired by Peanuts, and his website plantedtrees.com provides encouraging content aimed at empowering believers to walk in their victory. Rigel has been married to his amazing wife since 2003, and they have two wonderful children.