The Attributes of the Godhead 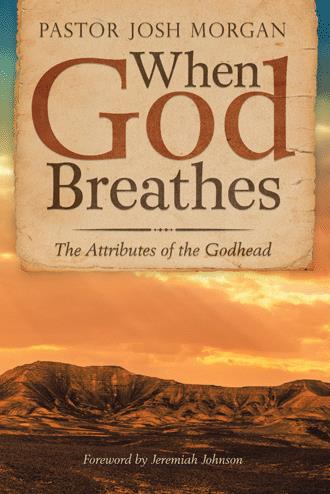 The Making of Man

(Genesis 1:26-27 NKJV) 26. “Then God said, Let Us make man in Our image, according to our likeness; let them have dominion over the fish of the sea, over the birds of the air, and over the cattle, over all the earth and over every creeping thing that creeps on the earth. 27. So God created man in His image; in the image of God He created him; male and female He created them.”

Man was not spoken into existence like every other thing created by God. Man was intricately and personally designed by the Godhead. God, the three in one, formed and made man in the very likeness and image of the creator. Man is purposed to have dominion over all the earth and everything on it. Man is destined to reign as helmsman over creation. (Genesis 1:26 AMP) “Then God said, let us – Father, Son, Holy Spirit, make man in Our image, according to Our likeness [not physical, but a spiritual personality and moral likeness]; and let them have complete authority” (Genesis 2:7 NKJV) “And the Lord God formed man of the dust of the ground, and breathed into his nostrils the breath of life; and man became a living being.”

Unlike the rest of creation, man required the intimacy of touch. Man is God’s self-expression and workmanship. God carefully and meticulously formed man with His hands, leaving His fingerprints all over the perfect project. Every cell, molecule, and DNA treated as a delicacy. Man was created differently than anything else spoken by God. The creation of man required God’s personal touch. The importance of man’s meticulous creation tells of God’s desired destiny. Man is the trophy produced from the master potter’s touch, formed from the dust of the ground. Destined to be caretaker and groundskeeper of all creation. Man is to exist with creation while having authority and dominion over it.

Man was God’s prized and personal creation, but he did not contain life. The created man was perfect, but not a living creation because he had not been breathed upon. Once God was pleased with the creation, He breathed into his nostrils the breath of life. Not until he was breathed on did man become a living soul. The breath of God brings life. The portrait of man’s destiny becomes clearer in the picture of God’s intimate breathing. My mind attempts to imagine the Godhead closely looking over the careful design. My imagination sees God face to face with this new product. Once God approves, He comes nose to nose and breathes into the nostrils of man. God breathing grants life to this lifeless creation. God breathing now gives the same created freedom to man that was given to the rest of creation. Perfection cannot be rushed. (Psalm 139:14 NIV) “I praise you because I am fearfully and wonderfully made; your works are wonderful, I know that full well.” When God breathes, life is granted. 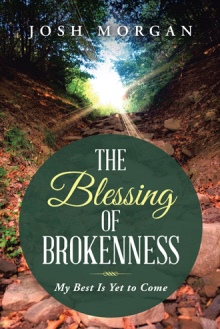 The Blessing of Brokenness
Josh Morgan
$11.95

Everything God has done and will do is extravagant and has great purpose. All His actions have a planned objective, even the breath He breathes and the gifts He gives. God the Father breathed granting life to the created man. God the Son breathed, and man now supernaturally received the infilling of the Holy Spirit. God the Holy Spirit breathed fulfilling the promise of God’s manifested power and presence upon and in believers. When the Godhead breathes it brings life, salvation, and power. God breathing illuminates the purpose and giftings given to His creation. The trinity Godhead distributes gifts and endowments to the believer for the growth and increase of the body of Christ. The attributes and gifts of the Godhead are purposed and given to benefit the body while empowering each believer to be more than conquerors. When God Breathes details the design and purpose for each of the Godhead breathing and describes the gifts given by each. The supernatural gifts of the Father, the Son, and the Holy Spirit.

Josh Morgan is the senior pastor of Covenant Church in Fairmont, WV. Josh has been in ministry for more than twenty years and is recognized for his passion of the gospel. His heart is to equip the saints for the work of the ministry and to bring unity to the body of Christ. He and his wife Sara reside in West Virginia and have four children.