From The Pit Of Fear And Darkness, To Love And Light 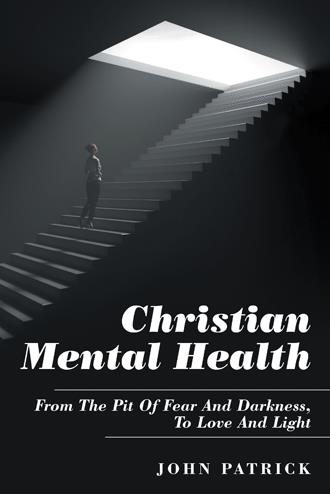 As a gerontologist (life-long student of the aging process across the life span) whose who’s worked with thousands of adults over the years,, and lay minister whose who’s worked in a variety of church ministry roles, it’s been a goal of mineI have long had a goal of to writewriting a short book about my journey with mental illness, with the hope that it might help facilitate healing in others.

You, the reader, are reading the words from someone who:: works in the demands demandingof the corporate world, has been unfairly discharged, maintains a home, has struggled with money, has had mental and physical health issues, has had to move numerous times, is a spouse, is a father, is a grandparent, and was raised in a highly dysfunctional family. I say this not to seek pity, but, to let you know that I’m just like many of you who are reading this book.

After I had finished writing the first draft of this book, I asked myself,: “wwould someone really be able to easily understand the writings of this book”? The answer was a definitive, no. I felt it was just too theological and philosophical. Some of you will probably feel it’s still too theological. I apologize for that. So, I scrapped several hours of writing and re-wrote much of the material in this short book.

I once attended a retreat in WI given by Dr. Gail Brenner, a leading clinical psychologist from CA. Dr. Brenner said at the retreat, :“bBe careful about not getting permission to give unsolicited advice.”. With those words in mind, I wanted to make sure that you, the reader, doesn’t don’t feel like I’m trying to give you a bunch of unsolicited advice. I’ve learned that everyone goes through their own personal journey at their own pace and in their own unique way. People receive healing and restoration in a variety of different and individual ways. So,, I apologize in advance, if you feel I’m giving you unsolicited advice or sound too ‘preachy.’. It’s not my intention whatsoever.

During my 40’s, I went through what St. John of the Cross called, the ‘Dark Night of the Soul.’. At the time, I truly didn’t think I was going to make it ‘out of the pit’ as the Psalmist said. I was housebound and was very ill, both mentally and physically. I was totally consumed by fear and it felt like there was no way out. While I did make it out, sadly, my best childhood best friend Jack did not. I dedicate this book to him.

I learned it’s perfectly okay and actually quite normal, to have a mental illness. Most people at some point in their life, develop one. I know the National Alliance for Mental Illness (NAMI) is working very hard to eliminate the stigma of mental illness.

I learned and relied on the truth that ‘I’m not my own,’, for scripture says I’ve been purchased by Jesus for a price. So, if I’m not my own, and I’m owned by God, of course then God certainly must be causing all things to work together for my good. The scripture Truth truth that says I’m to: demolish arguments and every pretension that sets itself up against the knowledge of God, and take captive every thought to make it obedient to Christ (2 Corinthians 10:15) was more than just a light bulb going off;, it was earth -shattering to me.

While no one informed me of this, I learned that when I decided to become a Christian believer, it was then that the real/hard work actually began. As much as I would have liked to believe and think that God was just going to wipe away or get ridrid me of old, established, habitual fearful patterns of thinking, it didn’t work that way for me. I don’t think it does for most people as well. Wouldn’t that have beenit be nice if it did!

I also learned in my journey about the importance of me doing my part, but just as importantly, to allowing God to do God’s God’s part.

It’s my hope that this short book, is just one helpful spiritual aide or tool in your own ‘be transformed by the renewal of your mind’ journey. If I was removed from ‘the pit,’, average Jeffrey that I am, I know you will be too, if you’ve found yourself in one. It’s God’s promise (1 Peter 5).

I enjoy hearing from you.

John Patrick developed G.A.D (generalized anxiety disorder) in his mid 40‘s and became agoraphobic and housebound. Because of his mental health condition, he developed several physical illnesses. At the time some professionals, including John himself, weren’t sure if he was going to make it out of the pit or not. His childhood best friend Jack also suffered from a mental health condition, but never made it out and went home to be with the Lord. This short book is dedicated to his friend Jack, and is a story of how the Word of God was instrumental in redeeming John’s life from the pit and crowning it with love and compassion.

John Patrick has been a Gerontologist since 1988. He is a former adjunct professor of health care administration, was a state licensed health care administrator for 25 years, and is a certified NAMI support group facilitator. He’s worked in a variety of church ministry roles. He is the founder of www.healinginfo.org , a website that researches and shares information on the topic of healing. He currently works full time in the health care field. Christian Mental Health – From The Pit Of Fear And Darkness, To Love And Light, is the first book in a planned series of books on the topic of mental health and Christians.