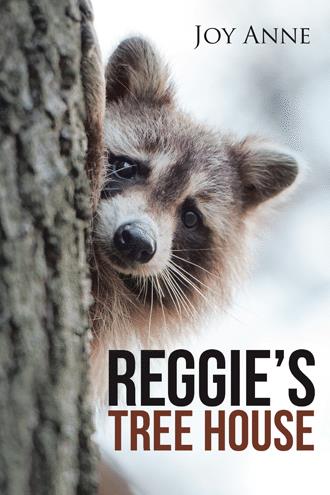 As the boys watch the stars in the sky, BJ sees something bright buzzing around their heads. He asks Reggie, “Hey is that a star?” Reggie laughs as a firefly has landed on his cousin’s nose and says, “Ha, ha, that is a firefly, you silly coon!” The boys watch the fireflies as they light up and buzz around their heads. They try to capture them but they are just too fast for the coons. Suddenly, Jenna notices that the bushes in the yard across the street are moving. Since there isn’t much of a breeze blowing, she grabs Reggie’s front leg, leans over and quietly says, “I think we have company in the Wong’s bushes across the street. Remain calm while we get a plan together.” While the raccoons are whispering about what to do, the coyotes come out of hiding from the bushes. They begin walking towards the oak tree, as their growls frighten the raccoons. Then Reggie whispers to BJ and Jenna, “I don’t know if we can all get back up the tree before they get here.” BJ asks, “What is that Scripture Pastor Steve said to recite? ‘The angel around those who fear Him in the valley of fear no evil.’ Oh, I can’t remember how it goes!” Just as the coyotes are about to step into the yard, Reggie stands up on his hind legs, shouting at the top of his lungs, “Help us Lord Jesus!”

This story is for the young or young at heart reader. Pastor Steve helps his neighbors (people and animals) learn about Jesus Christ and how to live out Christianity in a practical way. The story is a blend of whimsical characters and the adventures that they encounter along the way. The story contains prayers and basic teachings of Christianity.

This is the author’s first book. She is an ordinary Christian who felt the call of God to share the Gospel of Jesus Christ in a unique way with others.