Addressing Religion and the Impact of False Doctrine 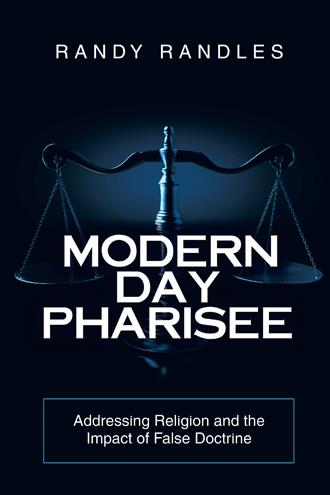 God is the most misrepresented being to ever exist because of man and Satan. Many remain in unbelief today because of misrepresentation. Have you ever met a religious person who acted rude as soon as you didn’t believe or take what he was selling? Somebody who never sought after God or never knew the Lord intimately can quickly chalk up that experience as the character of God. The entire subject of God is now something to stay away from because of the behavior of the representor. Some people tend to think that that is how God is and become afraid to enter into a relationship now. This is what religion is in a nutshell. It is a system of misrepresentation of the true character and operation of God. In fact the word religion is the perfect word used for these belief systems. If you look closely at the word religion and dissect it, you get re-lig. What does it mean to re-lig something? It means to tie back. Now say the word again and you get religion. Religion is the system of tying oneself back to God. In whatever religious system there is, they usually believe in a God or what they consider a great person who is God-like and commit themselves to the teachings of that God or God-like figure. The teachings are ways to become enlightened and connect with that God or God-like figure. Whether it is Islam, Buddhism, Jehovah-Witness, Catholicism, they all require works or some type of striving to become something in honor of the God or the God-like figure. It is the nature of religion. Obviously there is some type of fault when a person enters the common religion. If there was no fault, there would be no need to strive or do works to achieve something. What are they doing? The religious system requires the person to do something to redeem themselves or to put it plainly make up for the bad deeds they have committed. Religion says do better or do what the teaching commands in order to achieve reconciliation with God. Now look at the word religion again. Re-lig or religion means to tie oneself back to God. They are doing something in order to be justified in the eyes of God and considered right standing or righteous with the creator. Some religions say to tie yourself back to God you must stop eating certain foods. Some say you must refrain from marriage. Some say you must kill the unbelievers. Some say you must perform rituals. Some say you must shave all your body hair. As weird as some of the requirements get, they all have two things in common. Those two things are works and human effort. The entire focus of religion is human exertion. It is based in selfishness because you are the one that everything depends on. To give further understanding of this I will give some examples. In the Old Testament of the Christian Bible, when the law of Moses arrived there were times when people did not do what the law required. They endured severe consequences. For example a man did not keep the Sabbath. In the book Numbers it is written. “Now while the children of Israel were in the wilderness, they found a man gathering sticks on the Sabbath day” (Numbers 15:32 New King James). To fast forward the man was found committing a sin that was against the Law of Moses. So, as the Lord commanded Moses, all the congregation brought him outside the camp and stoned him with stones, and he died (Numbers 15:36 New King James). This man was picking up sticks. Picking up sticks does not seem like a crime or a reason to be stoned to death. Nevertheless he broke the commandment of God that required the Jews to keep the Sabbath day and refrain from doing any type of work on that day. This man did not honor God’s commandment and bared the consequences for it. How much more severe the consequences of a murderer, rapist, adulterer, or a thief? This was the religion for the Jews in the Old Testament. They were to keep the Law of Moses also known as the Ten Commandments. Attached to those Ten Commandments were over six hundred statutes and commands. Does that sound like an easy yoke and a light burden? That sounds like a burden just to remember those let alone keep all of them perfectly. Whenever they did not fully keep the law a sacrifice had to be made which meant the life of a lamb or another animal had to be slain. Imagine going through that. You are having an extremely difficult time stopping that sin. You keep messing up. Now you have to go take an innocent animal and kill it because you can’t keep yourself in check. In our day people tend to have more compassion on animals suffering than humans. That would completely tear up somebody on the inside going through that. Not only that but remember you have to keep all the laws and the consequences of some of them can get you killed if broken. That will cause stress. Your day is ruled by fear hoping you do not mess up that day. How can one enjoy life always thinking something is about to go wrong? Well this is what religion is about. If it depends on humans, then religion will be extremely stressful and futile for man.

Modern Day Pharisee was written to address the importance of doctrine concerning God’s people and operation in the church. Issues examined include law versus grace, the defining and operation of religion in the world, God’s view of religion, Satan’s strategy against the church, rightly dividing God’s word in context, exposing false doctrine, and emphasizing the correct doctrine of the sufficiency of Jesus Christ. Confusion and misunderstandings of God’s word has led many believers to frustration and bondage. It has also increased self-reliance and self-righteousness amongst Christians. Highlighted issues concerning doctrine include salvation by faith alone versus faith with deeds, the purpose of the Ten Commandments, the Gentiles and Jews, why Paul contradicts Jesus and James, the role of the rapture, and modern day issues Christians face today that come from bad teaching. The Pharisee mentality has plagued the church and has been a misrepresentation of God. It has turned many away from the faith. The Modern Day Pharisee will help Christians understand their Bible better by seeing the scriptures through proper context. It will decrease the unnecessary weight and stress that has been placed upon the believer from wrong teaching. It will lead to a more peaceful and restful relationship with God.

Randy Randles is an author who lives in Central California. He has educational degrees in Bachelor’s in Management and Master’s in Sport Management. His job includes customer service and basketball coaching. Randy has been a believer of Jesus Christ for years. He has great passion to continue to understand the word of God and help believers in all aspects of the Christian walk. During his free time for hobbies he likes to play basketball and spend time with family.