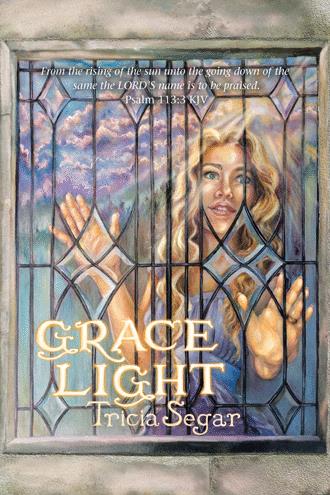 James reached the gate outside the two-story Georgian home shortly after daybreak. He had ridden through the night in a desperate flight to reach Emmaline. His mad drive, in part, was to move through that Rebel hotbed under cover of darkness. He dismounted his frothing horse. Heat, the three-day ride with nothing, save a hand full of dried beans in his haversack, and barely a stop for water overtook his otherwise strong constitution with convulsive dry heaving. He'd rather face a firing squad than confront Emmaline with the news of Charles’s death. He was bordering on despair and obligation alone steadied him now. The potential shock of his squalid, haggard appearance, before he ever uttered a word, never occurred to him. He emptied his canteen of its last precious drops to rinse the taste and stench of vomit from his mouth. Across the street, his late Auntie’s urban estate stood deserted, white sheets stretched mournfully across its windows, its owner having passed months before. His heart caught in his throat at the thought of losing his last living relative. He turned toward Emmaline's door and mounted the steps. It was ajar, and James warily pushed it open. His only knowledge of Charles and Emmaline's plantation was of its close proximity to her father’s and assumed she would have sought a wartime refuge in the security of her childhood home. “Mr. Randolph,” he faltered, hoping he might garner the gentleman’s moral support for this toxic delivery. The muffled words inside his head were owing to his ruptured ear drums, evidenced in the dried streaks of blood on his neck and collar. Soot smeared his gaunt face. Emmaline flew into the room in wild alarm at the familiar voice. Her nerves were so jangled, even the chirp of a cricket often jolted her into a panic. The sight of her frail form and sallow cheeks was alarming. “Emmaline…” James managed, his nerve fast failing. Then, more breathlessly yet, repeated, “Emmaline…” He dropped his head in anguish at her terror-stricken expression. He rallied his courage, meeting her eyes with truth and tender sympathy. “Emmaline”, he began again, his tall frame trembling..."Charles... Charles is... dead." She let out a ghoulish, high-pitched shriek, fiercer than any devilish rebel call, evoking a reflexive shudder that shook him to his core. He dove to catch her limp body falling before her head hit the floor. James clasped her lifeless form against his chest in the same way he had held Charles when he lay dying in his arms. When he had tamped down the last shovelful of mud on his brother's grave, he was benumbed. Detached. The unspeakable bloodshed he had both witnessed and inflicted, had anesthetized him, an innate mechanism of survival. But, now, with his arms wrapped around dearest Emmaline, entombed emotion flooded back with the convulsiveness of a battering ram into his vapid heart. James steeled himself and picked her up as if lifting a sack of grain. The struggle beneath Charles’s massive physique contrasted woefully to the effort of lifting this angelic featherweight. Her pulse was faint, and her face as white as her eyelet apron. Its death-like aspect terrified him. He recoiled from it, refused it! Life still coursed through her veins; he must not, could not lose her! He laid her immobile frame on the davenport and knelt beside her. He slapped her wrists as he had seen medics do on the field. No response. He removed her shoes and pricked the bottoms of her feet. Nothing. An antidotal remedy struck his distraught mind. He searched through a half-dozen uniform pockets. “Yes!” he said as he pulled out the tiny vile of standard issue smelling salts he had stashed there. He waved the inhalant beneath Emmaline’s nose. There was a slight jerk of her ashen face, then nothing. With each repeated dose he grew more anxious. He had seen men knocked unconscious by exploding shells, their brains pierced with shrapnel, jolt upright by the same ministration. Emmaline was utterly insensate. James jumped to his feet with a soldier's readiness. “Mr. Randolph, Mr. Randolph,” he shouted. The silent house was sepulchral. Is he dead? The thought horrified him! What deprivation on the home-front has this poor child suffered? What loveless future is before her? He ran from room to room, shouting for the master of that modest household. He jumped up the stairs three at a time and searched hastily for evidence to contradict his worst fears. Trousers lay over the chair of the bedroom dressing table, and the coverlet on her father’s mattress lay rumpled from recent use. James halted, gripping the back of the desk chair in breathless relief. He was formulating a plan as he ran down the narrow stairs. Her still form brought him to an abrupt stop. As he sank to his knees beside her, he urgently repeated her name, willing her with all his might to awaken. She was unresponsive. With indomitable nerve, he bolted for the door, heedless of danger he knew lurked around every corner. He leaped to his horse’s is back in a single bound. Its mouth was foaming, its back slicked and matted. He drove the beast with a fervor bordering on cruelty. The emergency thwarted his soldiering instinct, but the habitual position in his vanguard saddle brought him back to his senses. This was enemy territory. Slowing his frantic pace enough to dismount, James hastily removed his Union jacket, stuffing it into his satchel as his eyes scanned the tree line. The nondescript undergarment would offer but slight covertness as he searched for help. He knew from experience his unusual height drew eyes wherever he went, but he was too reckless for caution. His only concern was for Emmaline.

Brothers by adoption, Charles and James were inseparable. James never resented living in his brother’s shadow; he was kinder than if they had been blood. Life was good, and nothing could come between them, until an urgent telegram brings James south where he meets the woman of his dreams. Unaware of Charles’s secret attachment to the Virginian beauty named Emmaline, James falls in love at first sight. Charles’s unexpected arrival with a three-carat wedding ring thwarts his dearest hope and places James in the impossible position as his brother’s best man. One year after Charles and Emmaline are wed, Civil War breaks out and Charles is amongst the first to enlist. Serving side by side in Gettysburg, James witnesses Charles’s death. Emmaline’s complete mental breakdown at the news may be more dreadful for James to bear than the loss of his brother. When he returns from the war and finds her in the same catatonic state he was forced to leave her in two years earlier, he is ready to take any measure to bring her back from a mental grave. At her father’s urging, he agrees to marry and escort her to England as her legal guardian. Distancing her from the ever-present reminders of the war spurs his gamble on the dubious arrangement. For his part, the chance to be near her is worth any risk, even the fear she will hate him for it. After four short weeks in England, Emmaline awakens to discover that she is married to her husband’s brother. James has had to deal with his disillusionment with life, the loss of his true love, and the death of his cherished brother. Now, with her sudden reappearance into the land of the living, he faces the greatest threat to his future happiness, Emmaline’s rejection. Emmaline confronts her own demons and is determined James should know the entire truth about her decision to marry Charles, the tragedies she faced during the war, and the guilty secret that led to her complete mental breakdown. The following twelve hours will decide both their fates.

Tricia Segar enjoys life as an empty nester with her husband Marty in Spartanburg, South Carolina. Together they homeschooled their seven children and she now teaches elementary and high school art at a Christian school. Grace Light combines her three great passions: painting, writing and drama. The cover illustration is an oil painting of her daughter-in-law, Sidney, whose stunning beauty perfectly models the story’s heroine, Emmaline. Tricia is a lover of Scripture and a devoted follower of Jesus. Her heart’s desire is that His Kingdom and its realities be promoted through the narrative of her fictional characters. gracelightbook.com