A Journey to Discovering the Father 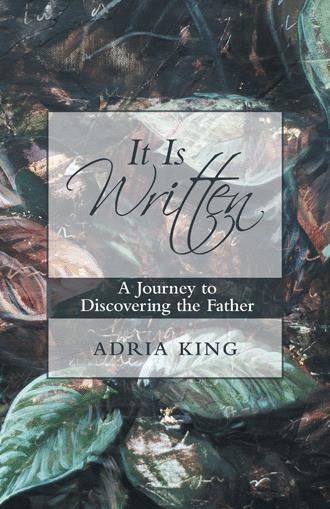 “Tell me your story.” You’ve heard it said. Maybe you have been the one to say it, or maybe you have been on the other end of things, and it has been asked of you. We sit around campfires and share testimonies. Am I the only one who has ever noticed that as the night goes on, the stories just seem to get more and more intense? Sometimes we alter our stories. There comes this need for our brokenness to one-up someone else’s.

I have been asked to share my story more times than I can even count, and if I am honest, this phrase has wounded me a little bit. I want to make sure we are clear in what we want from people when we use this phrase because the meaning of it can get lost in translation. We don’t want to leave people feeling like they have a nametag on themselves. We don’t want them to feel like they’re labeled with that one specific part of their life that they probably think we are referring to when we ask for their story.

That’s how I felt. Scratch that, it is still how I feel sometimes. The moment the words come out of someone’s mouth is the same moment my mind asks this question: Do they want to know about my dad? This might not always be the intention. However, somewhere along the way, this is what my reaction came to be. I want to retrace my steps to see when I got the cords twisted because storytelling is not an ineffective thing, nor is it a bad thing. We have to do it right, though.

Jesus was a storyteller. I believe He spoke in parables because He knew the simplicity of stories was something that our finite minds could understand. His stories weren’t long. Often times He was a man of few but meaningful words. Imagine the tone of voice He probably chose when speaking. We read Scripture like it is a Shakespearean play, but it wasn’t. Jesus’ voice was kind. He didn’t yell. He drew you in. He calmed you. He told us that He is rest. I imagine it would have been impossible to leave listening to Jesus and feel more exhausted. Have you ever left after listening to someone talk and felt more emotionally exhausted than when you got there?

When I think of stories, I think of being a little girl getting ready for bed. I see myself running to the bookshelf in the corner of my room and getting to pick out just one book for my mom to read to me before I fell asleep. I think about the many nights I babysat. I would tuck the children in, and they would climb up into the bed next to me with as many books as their arms could carry. I think of all the movies I have seen where a kid would ask either a parent or a grandparent to tell them a story. There was something about not picking the book, something about what was coming being a surprise, and it always being different than the one you heard the night before.

But, we all had the favorite book, the one we had read a million times but still persistently asked to have it read again. If the storyteller told the story the right way, there was never a moment where we would grow tired of hearing the same narrative.

Author, Adria King, writes about the aftermath of losing her dad at young age and reassures readers that everything we think we lost can be found in Jesus.

How do you navigate growing up without an earthly father present as a young girl?

At eight years old, just a month after her father passed away from cancer, Adria King was given a letter signed, “Love always, Dad.” She tucked it away in her nightstand and read it often when she was desperate to hear his voice. Years later, she would find that her dad had started the letter, but he never finished it. She wanted her dad’s voice to guide her through the milestones of life that every girl faces: playing sports, graduating high school, choosing a college, her wedding day, and so on. She needed to know how to navigate growing up without a father.

Adria came to understand that she was not alone – that there are other girls, in some cases grown women, trying to find their way without a dad. Whether your father is absent because of death, divorce, sickness, or abuse…whether your father is emotionally unavailable or if you’ve just longed to know more intimately the embrace of your loving heavenly Father—this is her letter to you. This is her story—proof that God can recraft the shattered pieces of a life marked by loss. In It is Written Adria invites you to read her story of discovering that she does have a Father—a heavenly Father—and He has always been writing her story.

Adria King is a first time author from Atlanta, Georgia. She is learning how to walk with Jesus a little more each day and writing about it along the way. She has a fiery passion for helping people understand the truths of Scripture and encouraging people to go deeper with Jesus. Adria is a lover of sports, a good cup of coffee, and slow mornings. You can find her at adriaking.com or on Instagram at @adriaking