A New Dawn, or the Fading of the Light? Culture and Evangelization Today 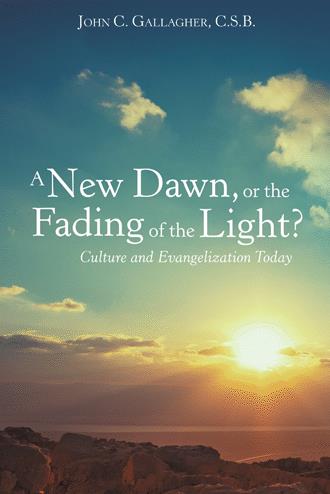 CHAPTER NINE
PERSONAL ATTRIBUTES FORMED BY A CULTURE
III. Finding Meaning
A handshake can have any of several meanings. Two people may have just been introduced, or they may be friends meeting casually. It may be a gesture as they take leave of each other. They could be sealing a business deal; one may be congratulating the other on some accomplishment; or it may be a sign of reconciliation after a serious disagreement.
A physical thing or event can have a personal meaning. What do we mean by “meaning” in this context? Meaning, like being and beauty, is such a common and basic notion that it is difficult to find more basic concepts by which it can be explained. In general, the meaning of anything is what we grasp when we experience it. When we experience things or events we do more than experience their sense qualities. The same thing or event can mean different things to different people. As I watch the snow falling outside of my window I may understand it in terms of the explanation by the meteorologist who gave the weather forecast on television last night. Someone else may see in it the promise of a white Christmas or recognize it as a traffic hazard.
A personal meaning is what we grasp when we understand something in relation to a person. Such meanings are as varied as are the ways in which a person can be related to other persons or things. One person views marriage as an irredeemable institution by which women are oppressed by men. Another views marriage as the God-given institution by which the human race passes on human life while providing for the proper rearing of children and the support of spouses of each other for the enrichment of their lives. While either of those meanings can be supported by argumentation, one can perceive the meaning without being conscious of the arguments.
Personal meanings are formed by culture. Perhaps the main impact of a culture is the meaning that it gives to things and events. To the extent that I can control the meanings that people give to things and events to that extent I can control the people.
We learn to find personal meanings in things and events in many different ways. Worth noting is the role of literature and of the arts generally. Students required to learn a Shakespearean play are told that, yes, it’s hard work now, but you will be able to enjoy the plays later. That is true, but it is only part of the story. What Shakespeare or any good playwright, novelist or poet does is show us a fuller meaning of things and events. MacBeth is not only a story about a wicked man getting his comeuppance when the enemies he has made bring about his downfall. As is made clear in MacBeth’s despairing soliloquy when he hears about the death of his wife, the play is about the bleakness and meaninglessness of a life in which one finite good is made to be its ultimate goal.
The personal meanings we find in things or events can be religious. That is, they refer to one’s relationship to God. God is the creator from whom we receive everything, and an awareness of that fact gives things a particular meaning. Knowing the infinite God “face to face” as my loving friend is the ultimate goal of my life, and this gives another kind of religious meaning to things, events and especially my own behaviour. The Christian faith provides a world view: creation by a loving God who calls us to intimate friendship, awareness that we are sinful but redeemed and capable of heroism, awareness that we are called to love God with all our being and to love our neighbours as ourselves, etc. This world view gives meaning to a multitude of things and events. The Catholic Church, like other Christian Churches in varying degrees, presents a sacramental system in which things and events have an efficacious religious meaning. Sacramental signs – the sign of the cross, sacred images, etc. – surround the believer.
Among the many ways in which we learn to perceive a religious meaning in things and events, the parables of Jesus merit special mention. What does it mean to be a neighbour after you have read the parable of the good Samaritan? How does it modify the perception of the word of God when you hear it compared to yeast folded into a pan of dough?
Literally everything in our lives can have a religious meaning. Insofar as we perceive those meanings in our daily lives we act religiously and are religiously formed all day long, not only at times of prayer and worship.

Parents are disheartened when their children fall away from religious practice. Pastoral workers wonder how they can get people to take religion seriously. Something is at work that is puzzling; but we can learn something useful about it. A crucial factor is the role of culture. To have faith is an act of individual responsibility, but it can also be influenced by life around us. For example, popular opinion or concentration on making a fortune can make us deaf to any message about what lies beyond our immediate concerns. This book is the fruit of the author’s extensive study of how cultural forces influence attitudes. Calling on long experience lecturing and in pastoral ministry, he shows how cultural factors influence religious belief in our times and how ordinary believers can be active participants in creating a culture that opens us to God’s word.