A Christian's Guide to the First Five Books of the Bible 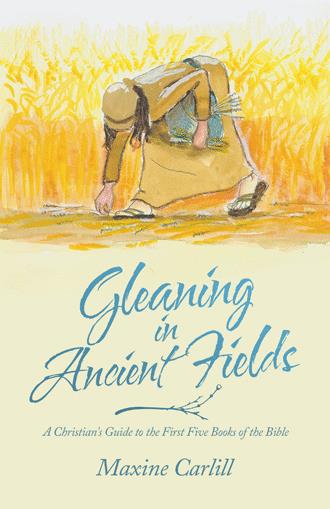 Leviticus Chapter 16: One Mediator between man and God
In the previous chapter, a picture emerged to teach us about the impurities of our hearts. Now we turn to another picture that God has painted, that of requiring a mediator.

In chapter 16 we see the high priest interceding for his people. It had become obvious that people required a mediator. Moses was their mediator. He would plead for the LORD’s mercy at times of the nation’s sinfulness. He was the one whom the people sent up the mountain to receive the law from God because of their fear. Now within the priesthood, in verses 1 and 2, God narrowed their accessibility to Him by stipulating that only the high priest, and only once a year, would come before His Presence in the Holy of Holies. This is a passage of which the detailed and dramatic rituals demand study to appreciate its full significance. However, in this Study, we will note only a few salient points.

The Day of Atonement/Yom Kippur was for the atonement and forgiveness of the nation, whereas the other sacrifices and offerings were for individuals or groups. Not only the people, but the sacred items of the tabernacle and later the temple, were also cleansed. Verse 16 makes it clear that uncleanness had penetrated even into the holy areas and it needed this annual cleansing to retain God’s Presence, Who in His graciousness, dwelt between the cherubim in spite of the impurities.

The seriousness of the day was made clear in verse 29, “…you are to afflict yourselves and do no work at all…” Afflicting one’s soul, the Jewish sages concluded, means self-denial which includes no eating, bathing, sexual activity or other self-indulgence. Although there is no longer a temple, Yom Kippur is still a solemn day in the Jewish calendar when the people follow the injunctions in verse 29. They attend the synagogues in large numbers for the long prayer services throughout the day, coming before their God as a community with confessions and repentance.

The high priest changed from his rich garments that denoted his status and role as the people’s representative before God and went into the Holy of Holies on their behalf dressed in simple white linen. Yom Kippur worshippers today, often dress in a long white linen coat called a kittel.

As taught in the ‘The Elegance of Exodus’, cherubim/kruvim, whose images were not only on the Mercy Seat that covered the Ark of the Covenant, but also woven into the curtains of the tabernacle and later the temple (Exodus 26:1 & 31), were the guardians of God’s holiness. See Genesis 3:25 where they were placed at the entrance to Gan Eden, the Garden of Eden, to ensure that man in his now sinful state could not return. Therefore, the cherubim's images within this, another sanctuary, warned that coming into an earthly copy of the throne room of God in an unclean state was dangerous. Indeed, the nation waited anxiously for the high priest to come out safely, meaning that they were once again cleansed and accepted by a most holy God.

No wonder he entered in plain linen garments, a symbol of purity and humility. In Matthew 27:59, Yeshua’s body was wrapped in linen, and although this was a burial tradition, it has extra significance when we realize that Yeshua was going to fulfil his role as the High Priest, and bear, not the blood of bulls and goats into the Heavenly Holy of Holies, but his own. Hebrews 9:12, “Not with the blood of goats and calves, but with His own blood He entered the Most Holy Place once for all, having obtained eternal redemption.”

That is of course, why Yeshua would not let Mary Magdalene/Miriam of Migdal, touch him when she saw Him outside the tomb, John 20:17. He had not yet undertaken that High Priestly function (“…I have not yet ascended to my Father…”) Afterwards, as we know, the disciples could touch him.

After the LORD, through the solemn ritual of Yom Kippur, made it clear that His people need a mediator, He provided one!

Hebrews 7:25-28 explains that Yeshua is our High Priest, saying in verse 25, “… since He always lives to make intercession for them.” And Hebrews 8:1 tells us that he sits at the right hand of the Throne of the Majestic God. We can approach the Throne of God seeking His mercy with confidence.

If you’ve ever thought that the first five Books of the Bible aren’t entirely relevant for Christians, think again. This book uncovers the extraordinary hidden treasures of the Torah that are the foundation to all that follows in the Word of God – and that still apply for Christians living today.

Therefore, this book is for Christians who read the Old Testament and get ‘stuck’ in the do’s and don’ts. We know that they are part of the Divinely inspired Bible, so what should we do with them? It is true that much of what we think of as ‘Old Testament law’ was meant for the Jewish people alone, who are called to obey the details spelled out through Moses. However, embedded within these Books are patterns, principles and pictures that the Torah Giver intended for all to follow. This book will help you discover them.

Maxine has a unique insight into the value of the Old Testament for Christians. As a keen student of the Bible for over 40 years, Maxine has devoted much of that time to learning how the ancient Judaic riches of the early part of the Bible still offer powerful meaning for contemporary Christians. Known for her insightful teachings as a Bible Study leader, and speaker at Israel-related events, Maxine is passionate about enabling Christians to have a better understanding of their Christian roots, in order to deepen their faith. Maxine has spent over 20 years living in Israel while working as a volunteer, along with her husband, where her appreciation of the importance of the Torah in the lives of all who follow the God of Israel has grown. In this book Maxine combines the wisdom from both Christian understanding, and Jewish Scholarship, to support a deeper connection with the Torah in the Christian world.