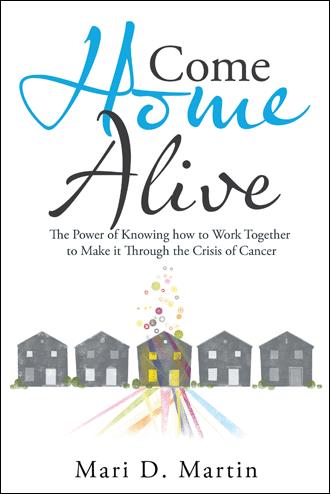 “You are not a doctor.” Those words were as clear as if someone was standing right next to me only the volume was so loud the words had to be coming through the loudspeakers, just above. I had just come to a rest stop during that morning’s run right in front of JPs Coffee Shop (now Ferris) on 8th Street in our downtown.

The loudspeakers are installed in our downtown as Holland is w ell known for their annual Tulip Time festival which attracts ½ million people during the first two weeks each May. During that time 8th Street is abuzz with activities—Klompen dances scheduled nightly, an entourage of geedunk trucks with selections from Candy Apples to Tamales and Elephant Ears, and lots of parades each with their own announcer’s voices coming through those very speakers. But it was not May, this was February.

“Yes, you heard me. You are not a doctor.” I bent over at the waist and put my hands on my knees, let out a giant breath through my mouth, shook and wept uncontrollably.

During that month, in the evenings after work, I was on total alert with Chris. He was starting to show signs of weariness through the first seven weeks of treatment. He had weathered them very well, I thought, and even posted a picture of himself on Facebook getting his chemo treatment one Wednesday. He had completed seven chemo treatments and 35 radiation treatments with only four radiations to go next week. He was coming down the back stretch with the finish line well in view. So, I thought.

The last few days had been rugged for Chris. He probably thought I didn’t notice, but his overall energy had changed dramatically. That Friday night was difficult. I heard him get out of bed and leave the bedroom, but the “thud” woke me up and on to my feet in a hurry. He was down on the floor. I hurried over to him, but he did not move at all or acknowledge my question, “are you alright?” Moments later he stirred and appeared coherent again. I tried to get him back into bed and under the covers. After some time, he shared with me that he had fainted, and this was not the first time.

I run to clear my head. I run alone so I can pray. Usually I leave the house by 5 a.m. and this was a Saturday, so by the time I got to JPs I was on mile seven. Three miles to get home.

The words, “you are not a doctor” began to sink in. Over the last two weeks in the evenings I tried to really get the lay of the land—how were things going? How do you feel? What’s your energy like? What did you do today? Did you go to JPs this morning? Hoping this was the one routine of his previous life that he was keeping.

JPs was a daily routine for Chris about 9 each morning. So, it was not a total surprise that this message was coming to me at a place that was central in my husband’s life. I reached out and put both hands on the front window and peered inside. The shop was closed. But I could ‘see’ each and every one of them all sitting together at that one table “solving the world’s problems one cup at a time.” These were Chris’ friends and mentors—a cast of characters that were helping my husband through his darkest times. There was John and Dave, Tom and Don, Cal and Wally and possibly Jeanine. There were others too that joined in from time to time. They had all been there for him these past weeks. Tom had driven him to his radiation treatment, waited, and then driven him across the street to the oncology clinic where he would receive his Wednesday chemo cocktail over the course of several hours.

Then, something in my head clicked at that very moment. When was the last time he checked his blood sugar? I didn’t know. Chris was responsible for all of that, or was he? Chris has type 2 diabetes and needs medication every day to keep his blood sugar levels monitored.

I probably ran the fastest 5K (3.1 miles) in my life to get home and start with that basic information. Have you taken your blood lately? I got home and found out several things that had slipped through the cracks. I was not asking some of the right questions routinely. “Yes, the nurse takes my blood each week on Tuesday when I get my chemo,” and “no, I haven’t done it at home in a while.” I gently urged him, “Why don’t we do that right now.” He agreed and both of us were stunned—his blood sugar level registered 386.

It all gets sort of fuzzy to determine which doctor trumps the others for what situations. Nobody tells you. There is no guidebook for this. So, at 6:30 a.m. on a Saturday morning, I started with his oncologist first, simply because I didn’t know where to start, and I had just heard, “you are not a doctor.”

It took a few different times of being put on hold and then came the familiar “leave a message at the tone.” Now we had to wait for the on-call physician to get back to us. How long would that be? During this wait I found out so much. “No, I’m not taking Metformin anymore because Dr. Gribben told me to stop taking it because of the chemo treatments,” he said. Chris is very literal, so when a doctor says to do something, he generally adheres to that directive. How did this all start to get away from me?

The phone rang. It was the on-call oncologist. “Get him to the closest emergency room, now. He is at coma levels.”

This was the day that I became the caregiver.

For twenty years, God has been leading, guiding, and preparing author Mari D. Martin to walk alongside her husband, Chris, through a throat cancer diagnosis, the treatment of that cancer, the recovery from the side effects of the treatments, and then through rehabilitation to return to what will be his new normal.

In Come Home Alive, Mari shares the oftentimes tender story of their six-part plan to come home alive. She narrates how the couple used their twenty-four years as Kolbe Certified™ consultants to practice what they taught, consulted, and coached others regarding self-awareness, strengths identification, communication needs, role alignment, and the environment each person needs to thrive. For Chris to thrive again, he needed to heal; and for him to heal, he needed to be in an environment that allowed him to thrive.

Come Home Alive tells how Mari’s role as caregiver was to stay true to herself, while also being the hands and feet to recognize, minimize, and complete the tasks and requirements Chris naturally resisted. Their plan, rooted in faith, and hope, started with daily time together in prayer and belief in the healing power of God. It ended with a practice of thankfulness and expecting a miracle. What they did together in the middle is one you can do, too—through greater awareness of each other’s strengths, how to work together, and be a team with the knowledge and wisdom to come home alive.

Mari D. Martin is president of Performance Strategies Group Inc., a consulting and coaching organization. She is the first recipient of the Kolbe Professional Award and the first recipient of the Mari Martin Award, given to a community member for their help to reduce domestic and sexual violence. Martin is a child of God, wife, mother, grandmother, sister, and daughter. She is an avid reader, runner, golf enthusiast, and football fan. She lives in Holland, Michigan.