A Guide to God

For Farmers and Ranchers 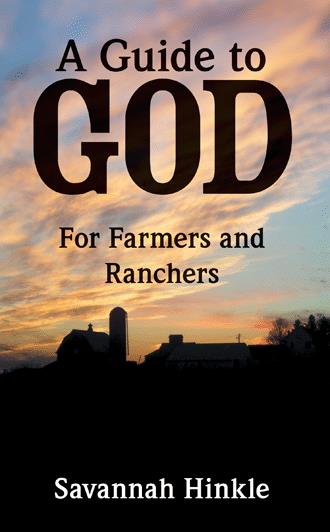 As most people know, a good three or four days in a row of sunshine in the summer is perfect weather to get some hay cut, cured, and baled. While baling our hay this past summer our square baler, which is not new by any means at all, stopped tying the bales correctly. The knotter messed up and would not cut the string for the knot to slip off where it is tied. If you know anything about that, then you know it causes the string to snap and break under the immense pressure, which in this instance caused the bale to not have one of its sides of string tied. So, Dad, Grandpa, and I started looking at the baler, and I said, “It looks like the knife is missing the whole string when it tries to cut.” We took it apart and removed ONE washer, just one washer, and it worked perfectly the rest of the day for us. As I was thinking about it, I thought such a small part of the baler was messing up everything for us, but when we removed it, the baler worked great. I was then reminded of a passage in the Bible saying our tongues are a small part of our bodies but can boast great things. Our tongues are just a small part of our bodies, but they can make a huge impact and cause us the biggest mess ups in life! If we remove the bad things that our tongue can produce, just like the washer that was removed from the baler, we can work efficiently and won’t cause havoc in our own lives.

This short book is intended for those involved in the agriculture industry, but anyone can read and get something out of it if they apply it to their lives! Many families who farm or ranch are feeling the pressure of the economy, society, and industry standards. This book was written as a reminder that when we cannot hold it all together, we can give it to the One who can. Throughout this book I discuss what God expects of us, as His children, how we can get through the everyday occurrences that are thrown at us, and ways to keep our lives on track with God.

Savannah Hinkle is currently working on a degree at Southeast Missouri State University, majoring in Agricultural Education. She has grown up on the family farm where her family works together to raise beef cattle. Savannah has always loved the farm life and everything that comes along with that lifestyle! She has taken agriculture classes since her freshmen year of high school, and quickly realized she wanted to make a career that was related to the agriculture industry. Although her plan is to never get far from the farm life, she never knows where God will take her. Currently she hopes to obtain an education degree to someday teach agriculture courses at the high school level. Savannah has been blessed to grow up with a family that taught her the importance of church, showed her the right way to live, and has always supported her. Savannah’s church family at First Baptist Church of Fredericktown has been a huge part of her life and has been a great influence on her. Her knowledge and faith have grown tremendously while being involved in her church youth program. Savannah’s passion is serving others. She has been blessed to take part on several mission trips to various places and her faith has grown with each trip. Three words that describe Savannah’s priorities are: faith, family, and farming; in that order. She enjoys living the simple and rewarding life that God has blessed her with in Missouri!