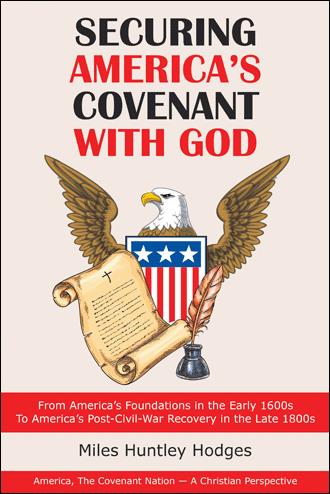 The Salem Witch Trials. Much attention has been focused on the events of 1692 and early 1693 concerning the accusations, trials and executions of ‘witches’ in Salem (actually other towns of Massachusetts as well). In not too subtle ways this event is brought out as a general indictment against Puritanism in general – and American Christianity (or at least Protestantism) today which is so clearly a direct offspring of the Puritan legacy. It also served recently as a coded story (as per Arthur Miller’s 1953 play The Crucible) of encouragement to those being subject to the attacks in the early 1950s of U.S. Senator McCarthy, who was orchestrating an hysterical anti-Communist ‘witch-hunt’ to cleanse America of this terrible Communist political disease that affected the country, even in high places (or especially in high places) – at least as McCarthy saw things.

But what exactly did this event so long ago actually mean? Was it typical of Puritanism in general? Or was it some weird, deviant event in the otherwise honorable history of American Puritanism?

Certainly Puritanism itself had lost much of its original character by the late 1600s. Puritanism was being pulled in several directions at once. A growing secularist world-view among a new breed of intellectuals was challenging Puritanism’s old truth claims. The religion had also settled into a rather stale, legalistic format … leading many people to seek some kind of spiritual relief by turning to more primitive religious instincts, such as a belief in witches. A sense of spiritual conspiracy or just plain old hysteria also played a huge role in letting things move along toward terrible results.

Certainly the times were right for conspiracy theories and the hysteria which causes and also results from a sense of the loss of order in life. Much cultural, social, economic and political uncertainty was burdening the Massachusetts colony at that time – especially as the colony became increasingly rationalistic in its world view and thus more expectant of things to follow an orderly pattern (which their Puritan ancestors would not have expected).

On the other hand, for the less 'enlightened,' it was ‘reasonable’ in its own way for them to look to the works of the devil and demons as an explanation for the recent Indian uprisings, and the fact that the economy was sagging because the soil was becoming overworked and was overburdened by a growing population it could no longer support.

Also, at this time witchcraft or at least the occult was not uncommon as a practice in Western society ... raising the wrath of conservative Christians. France, Sweden, Germany and other European countries had conducted numerous witchcraft trials over the years since the 1400s ... especially during the early 1600s. The height of the Swedish scare in fact was only 17 years before the Salem events ... and in Sweden resulted in numerous executions of those accused of practicing witchcraft ... in one instance 71 executions in one day alone in 1675. In short, this was not something unique to just Puritanism.

The ‘witch’ event in America actually started off in February of 1692 as an outbreak of very strange behavior of two girls in Salem, Massachusetts ... which then spread to a number of other girls. At first, several older women, social outcasts of one variety or another, were accused of dabbling in the occult (as many did at that time), even of being witches ... causing this strange behavior of the girls.

This accusation led to others, finally exploding into a general hysteria in the town of Salem. At trials in March and April people accused of witchcraft in turn accused others of practicing witchcraft as well.

The witch hysteria meanwhile had been gathering momentum, spreading to other villages in the area. But by the summer, the colony's Puritan leaders were urging caution in the process ... for judges to be increasingly rigorous in demanding more exacting proof of reputed behavior. Thus slowly the momentum to accuse others began to slow down. Nonetheless executions of those already found guilty started to take place in the late summer ... at the same time that new trials were resulting in people being found innocent of the charges of witchcraft.

Nonetheless, when the momentum finally died in early 1693, by that time, 200 people had been accused of being witches, 19 people had been found guilty and put to death – and 5 had died in prison.

Within a few years after this event many of those who had been responsible for the wild accusations were backtracking on their earlier claims, even eventually coming to full repentance for their actions. The authorities in fact even had moved to a willingness to give financial restitution to those who had suffered either directly or indirectly (descendants of those put to death) from the trials. 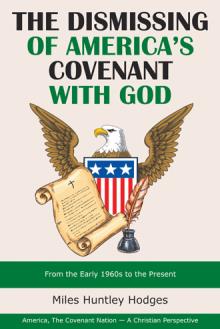 The Dismissing of America's Covenant with God
Miles Huntley Hodges
$27.95 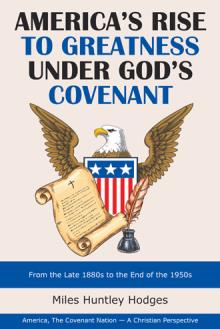 This book is part of a three-part series on America as a Covenant Nation. This volume begins with the period in the early 1600s when two very different English societies were established in the New World, one in Virginia and one in New England. The Virginia society simply re-created the rigidly class-based feudal society of the times. The New England society was a most unusual democracy of social equals, covenanted to live under God’s—not man’s—personal rule. These two American social types would find themselves in rather constant struggle—as Americans found keeping covenant with God to be very difficult because of man’s natural tendency to want to control life, including the lives of others.

This volume will take the American narrative through the Christian “Great Awakening,” the War of Independence, the founding of a new American Republic, the early years of social spread across the continent, a “Second Great Awakening,” mounting tensions over the slavery issue, the American Civil War, and finally the period of Reconstruction afterward. This study goes deeply into social, political, and economic dynamics (a study in social power)—but also blends this analysis with an equally deep inquiry into the cultural-spiritual character of American society during these time periods and events.