Ten Steps to a Lifetime of Joy in an Unbreakable, Divorce-Proof Marriage 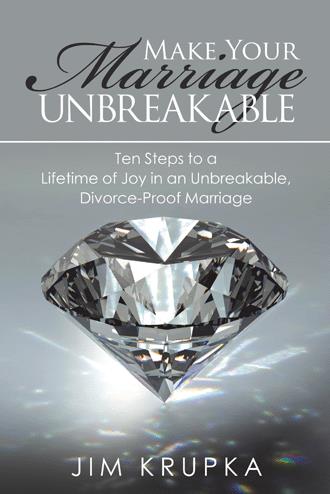 (From Introduction)
I am a marriage optimist and advocate. Whether it is a first marriage or a subsequent marriage, more couples are coming prepared and ready to live a covenant marriage. Personally and as a minister, I have seen nothing in this world that gives more joy than a good marriage. The scripture writers agree. Throughout Old Testament faith history images of marriage show up as the way God chooses to describe his love for humanity. The beautiful love poetry of Song of Songs that is every bit as hot as a grocery store romance, gives us an image of God’s love for his people. The writers can find no better image to describe God’s love for human beings than the love of a man and woman in marriage.
Amidst all the dismal pronouncements about low odds for marital success, there is good news. The odds of a lifelong marriage are better than popular media convey. First, the divorce rate in this country is declining and has been declining since the 1980’s. Divorce rates are lower for those married in the 1990’s than for those married in the 1970’s and 1980’s. Couples married today are far less likely to divorce than their parents’ generation who married in the 1970’s.

(From Chapter Two)
Take a moment to think about your wedding day. Even if you have been married for decades, think back to the first time you saw the person you married. Think of what it was like if you came chastely to that wedding night blessed and free to come together as man and wife for the first time. If you are preparing for marriage, think of how wonderful your wedding day will be if you save this treasure for that day. This is how Adam must have felt when he said,
In Genesis 2:23: “23This one, at last, is bone of my bones and flesh of my flesh; This one shall be called ‘woman,’for out of man this one has been taken.”
Adam had already experienced his superiority to all the rest of creation. He alone had the ability to think and act to shape his destiny. He alone had an awareness of the divine. No other creature in the Garden was like that. Now, with Eve before him, Adam could see Eve was like him in being superior to all other creatures. But Adam could also see what we see on our wedding day: the differences that make us man and woman that complete each other.
At that point in Genesis 2: 24 God explains how man and woman are to live together. God gives us the gift of marriage. God proclaims the goodness of what married men and women experience in their intimate life as they become one body.
“24That is why a man leaves his father and mother and clings to his wife, and the two of them become one body.”
This second story of creation ends with the statement of peace and goodness that was present that day. Scripture simply says,
Genesis 2:25: “25The man and his wife were both naked, yet they felt no shame.”
When I am with a group preparing for marriage I ask how many have heard of Original Sin. In most groups all hands go up. Then I ask how many have heard of Original Innocence. Usually one or two at the most will raise a hand. St. John Paul described the joy of man and wife coming to each other recorded in Genesis as the state of Original Innocence. I think this is a beautiful title. When we consider faith history as recorded in scripture, the first two chapters of Genesis, this second story of creation, this Original Innocence, is the only segment where there is total and perfect communion with God. Through those first two chapters humanity has not made any election to have its own way over God’s desires. There is no selfishness. There is no abuse of anything within creation. There is no exploitation of our existence as sexual beings. Man and woman are in complete harmony with God. In their “Original Innocence” Adam and Eve are:
• Naked without shame
• Can see in their bodies the call to love
• Received by each other as a gift
• Affirmed by God as He saw that this joining of bodies was good
• Feel deep peace and joy living the truth of their bodies in simplicity
• Experience the reality of the communion of persons: “Nuptial”

(From Chapter Three)
Imagine how empty life would be if God’s relationship with us was a simple contract rather than an enduring covenant. Likewise imagine what humanity would be like if marriage was merely a contractual arrangement rather than a covenant. If we ever needed covenant, life-long marriage, we need it now when we are living longer. As more of us get into the empty nest stage of life, we will realize the need for the joy that comes from a good marriage. Next time you are at a wedding, look at the couples who have been together for forty or fifty years. See what they have and how rich they are compared to those who through their own action have had a few marital restarts with new partners.
Your wedding day will seal a covenant of love between you and your bride/groom. The two of you make the covenant. In the Church we call formation of that covenant of marriage a sacrament. Like other sacraments, marriage is not magic. The mere fact that a minister listens to a man and woman say “yes” to the questions is not enough. In fact, the real ministers of the sacrament of marriage are the man and woman. The priest, deacon or other ministers are witnesses. For a marriage to be truly sacramental, it takes a covenant commitment without reservation from the woman and man. 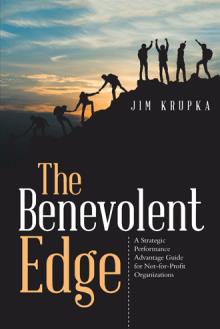 In the beginning, woman and man were brought together and given the gift of marriage. Humanity lived in harmony as two became one – naked without shame. That was the Paradise of Eden, and it is a gift that remains for us today. We only need to choose it, cherish it, and nurture it.

This book outlines the steps you must take to realize the amazing joy of marriage. Inside, you’ll find ten steps that will help you:

• gain strength and joy from your unique backgrounds and personalities;
• fully enjoy sex as a married couple;
• forgive your partner if they make a mistake;
• plan to grow old together from the very start;
• navigate tough topics, including finances and family planning.

The book draws on the experiences of several hundred couples that the author has helped find more joy in marriage – usually in a church setting. Scriptures and insights from religious leaders and marriage experts complement the stories to provide a blueprint to enjoying a lasting union.

Whether you’re thinking about getting married, looking to add more joy to your marriage, struggling to make marriage work, or seeking a lasting marriage after divorce, this book will help you make marriage unbreakable.

Jim Krupka is a clergyman, charity director, business executive, husband, and father with a passion for marriage. He has helped hundreds of couples prepare for and enrich their marriage and helped many people start anew after divorce. He has provided leadership and strategic guidance for charities at stages ranging from start-up to mature. Professionally, he has decades of experience as a planner and executive for a Fortune 100 company as well as a regional entrepreneurial company. He and his wife of forty-six years have five grown children and operate a farm in Northern Michigan.