A California Girl Meets the Bootheel 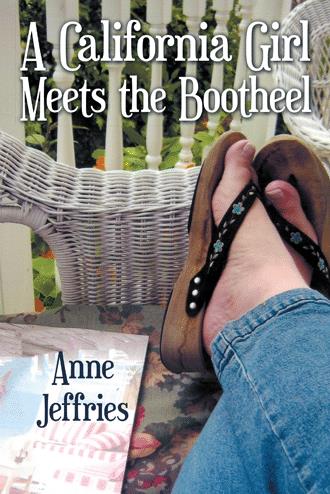 A few years ago, the Pirate and I spent a winter in Caruthersville, MO. specifically; it was January through March 2014. It was cold that year, a hard one, and shocking to me to whom wet, icy winters were an unknown. I didn’t get to know C’ville well that winter; we were there to work with Glenmary Sister, Sr. Darlene Presley, assisting with her mission work which was (and still is) spread across the whole of Pemiscot county. Fast-forward to June 2017 and the Pirate and I have settled in here permanently. I knew going into this move that life would change radically for me. The cafe culture of my medium size valley town would be a complete unknown in my new world. Or, at least I thought it would be.

Around the world, the idea of a social atmosphere surrounding the consumption of coffee is pretty common. These social centers became a hub for artists, intellectuals, writers, and people who just like to talk and solve the problems of the world. You can hear interesting and unexpected snippets of conversation and you look around and discover a circle of mature men, talking about who knows what but clearly Lord Byron or Wellington is involved. Not to mention further discussions about the destruction of history and going out and ringing some tail. Truth be told, I’d be ringing some tail with them. It IS our history and hiding it or destroying it isn’t going to change it. Anyway, back to cafe culture.

Back home, we had a solid, deeply entrenched café culture. For ten blocks, my small town had coffee shops, cafes, restaurants, thrift shops, antique shops, art galleries, spas, museums, and boutiques. A whole seasonal series of events grew up around this ten block area – Christmas Parade, 4th of July, and Halloween all with the requisite vendors with everything from handmade goods to China imports. And, of course, there was always a car show at one end of these multi-block extravaganzas. Thursday evenings and Saturday mornings brought out the farmers’ markets. Oh, the luscious produce and delicious crafted olive oils, salsas, BBQ sauces – makes my mouth water even now.

As my time extended here and drew itself out, I found that, with patience, I could find small, isolated pockets of my past. I recently discovered Riverside Stationers, Trinkets and Treasures, and the Crow’s Nest. I’ve spotted two other places on Truman Boulevard that are exploration worthy and I’ll get there soon. The only down side to the places I’ve discovered is that they are all so spread out, so disconnected from each other. These five places together, in one area, could become a magnet for other small businesses and I’ve had the pleasure of talking to at least two other women who share my daydream and, dare I say, vision. Add to that C’ville's fabulous river front access and you have a prescription for revitalization. And, you know, it doesn’t have to be high end. There can be something for everyone. I noticed a wide range of prices on the gift goods at Riverside Stationers. The possibilities are really endless.

So what is MY dream? Well, whether I create it or someone else does, what is better than a place offering coffee and conversation and books? How about a place that regularly features local artists? There are a lot of gifted people we don’t necessarily know about except by word of mouth. How about the Cookie Lady? And just yesterday I learned about a lady who apparently makes to-die-for cinnamon rolls and other sweets. There really is a lot of beauty in the Bootheel. Unlike its more obvious sisters in other places, you just have to look for it a little harder here.

In late January, 2017, our daughter announced that she was pregnant with her third child. In her next breath, she told us that she and Adrian were moving to Tennessee with the kids. Since that day, my life has turned upside down and as I hovered on the brink of entering the 7th decade of my life, I left California to follow the grands. I hope I can find a good cup of coffee when I reach the other side.

When Anne Jeffries left California with her husband, she had only the vaguest notion of the change that was in store for her. It was one thing to visit a rural, riverfront town and quite something else to live there. From small town Central Valley California agricultural life to Southern agriculture life, bigger changes were in store for her than she could possibly have imagined. For the next year she would find herself laughing at herself as her California sensibilities collided with Southern ways. From the difficulty of navigating language, relationships that connected through many generations, the importance of church connections, and the how-to of things, Anne entered a twilight zone of daily life light years from her normal perception of everyday life and in the end made it her own.