by Stephen B. Wright 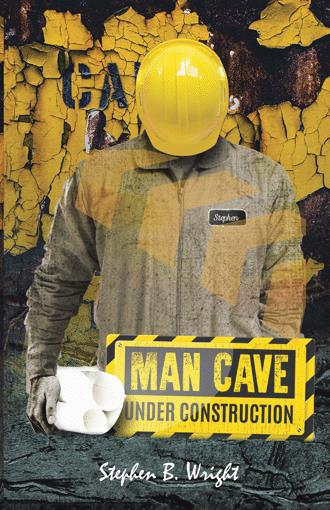 Reconstruction should resemble God original intent. We were designed to build. In Genesis chapter 1, God’s presentation in creation becomes our microcosm of what man’s resemblance or likeness to God is supposed to look like. The first man, Adam (Adama) in Hebrew means earth. Adam was God’s representation, resemblance or replica in the earth. He was designed to suit the environment he inhabited. God demonstrates four things in creation that should be exemplified in every man for an effective existence in the earth. These are essential elements identified from a mere observation of text. They are his ability to speak, envision, understand timing, and work. It was a mandate for structural content, so he could possess the full capacity to build, primarily, as it relates to our human existence. We were built to do life.

“And God said” was echoed throughout chapter 1 of Genesis. The response to what God said was always “it was so.” What God said had credence and purpose? He did not say anything, unless it was set out to accomplish that which was spoken. Likewise, what we say, should be a representation of how we believe. There should be life in our words. We have often heard the Cliché “your word is your bond.” It is the integrity of what we say that verifies that what we do is the same. Adam spoke, and every animal became what he called them. He essentially confirmed in what he said, what God had already said concerning him. Man’s purpose was to speak life into everything connected to him, because it reflected a likeness to God. What you say sets the climate of the environment you’re in. Speaking is our premise to basic communication, and without it everything that requires it becomes disassociated. Speaking also grants us the authority to speak life over and into that which requires it. What you say is ultimately tied to how you think.

Can we even conceptualize the idea when God said “let us make man” (Genesis 1:26)? When we imagine making something, we make it with a limited imagination, but with God there is no limit. God had to envision a detailed process when he made man and what that man required to function in the earth, because Adam had to possess a revelation to understand the end result of a seed. It entailed insight and foresight. From the context of his responsibility, what Adam saw was what God showed him. He did not operate on what he was showed on his own terms. The idea here is always seek God pertaining to what His plan is for our lives. For he knows for more about us than we know about ourselves. Many of the ills of our societies are due to reaction instead of pro-action. In a practical sense, you know where you are going before you arrive, so now you can seek guidance, plan out the route or an alternative route to get there. It allows you to see the need before it comes, so you can meet the need when it does. It is setting with the information at hand, so you can use this information as a benefit to what you are attempting to accomplish, with understand that every revelation is associated with a timing.

With everything we do, the one the most important thing is timing, more so, proper timing. A clearer use is Kairos, God’s timing. In this timetable, God adds an order of events, which signifies it was strategically planned out. Every moment was connected to the next. Anything out of order can either prevent the next from occurring, or causes things to occur prematurely. Many child abandonment issues are a result of premature timing. It is a result of sex without marriage or marriage without relationship, relationship without purpose. He said, “let there be light” (Genesis 1:3) before “let us make man in our image,” (Genesis 1:26) because without light that man would walk in darkness and be rendered ineffective in his assignment. Uber success is a product of timing, they utilize cell phone technology in two facets, it allows them to connect with anyone, anywhere with the added feature of GPS capability. This allows both the rider and driver to access each other location with the ability to communicate in the process. Note from text, there is a day that corresponds with what God did. It is important to plan and put a deadline in place in which you plan to complete it. No time is a good time, if there is no planned time to complete it.

The fourth thing we see in the text is God at work. We heard God speak in Chapter 1, but now we see God work in the forming of man in Genesis 2:7. God introduces evidence of a physical action. Afterwards, he mandated that man to work in Genesis 2:14. Work was to teach him how to manage and expand what was in his care. Work translated from the Hebrew in a form of the word that means “to become.” God gave Adam a starting point. Work what he had until it was cultivated into what he could become through the process of time. The process was to translate beyond the garden, into everything connected to him, which all requires work. Essentially, for us, the first thing man had to do was work on himself, because man must learn to build himself before he is afforded the opportunity to build anything or anyone else. In Dr. John Ogletree’s sermon entitled “Preparation for abundance,” he emphasizes, “Nothing happens until a seed is planted or an offering given.” This simply means don’t expect nothing when you do nothing. Work is a great requirement when expecting great results.

In John Grisham’s book “The Rainmaker” he tells the story of a once moral attorney, and I paraphrase, who crosses the line into deception and that line soon disappears. This seemingly suggests that if you are introduced to an idea or concept long enough, it becomes normal. A norm that is now introduced as truth. The bigger picture is the serpent introduced an alternative view of the tree to Adam and Eve in the garden that has since become a norm. Sin is progressive. I heard this saying “Sin takes you further than you want to go, keeps you longer than you wish to stay, and cost you far more than you are willing to pay.” The consequences of lifestyle changes and revised laws that we accept now, will become our children’s children code of conviction, because it will be the only thing they know. The reality is you can’t unlearn what you know, until you understand the truth about what you know. This concept is called Deconstruction.

Stephen B. Wright was born and raised in New Roads, La. At the age of 21, he was licensed and Ordained as a minister. Wright wrote his first letter to churches in Pointe Coupee Parish at the age of 22, entitled the “Revival Pages” from the book of Chronicles 7:14. It was a short essay; he believed God laid it on his heart to promote prayer and unity. A Love Relationship by Design was Stephen's first real detailed published writing, which he felt compelled to write for a purpose. This last book, Man Cave Under Construction is specifically designed to deconstruct the experiences that have shaped man's thinking, in order for God’s word to reconstruct us the way He originally intended.