Help Me Help You

get your mind right 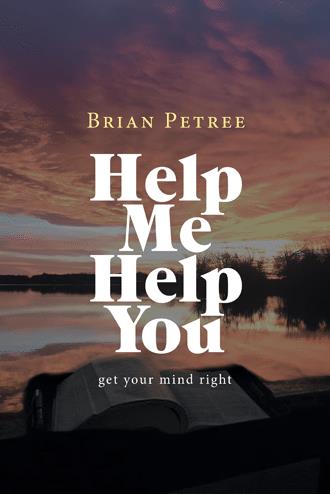 There is a scene in the third installment of Harrison Ford’s Indiana Jones movies that needs no introduction to movie nuts like me. Say “He chose poorly” to movie fans, and they are going to know exactly what you’re talking about in an instant. In the scene, Dr. Jones (Ford) has been kidnapped by Nazis and forced to locate the Holy Grail. They find the temple where the grail is kept and enter a chamber where several grails are guarded by one of the grail knights of the first crusade.

The bad guy leading the Nazis wants eternal life and thinks drinking from the grail will give it to him. The grail knight won’t tell him which is the real grail. He has to choose. He chooses a grail, dips it in holy water, and drinks from it. Immediately, the bad guy began to wither away and turned to dust in a very graphic and dramatic fashion. That grail knight looked at Dr. Jones and calmly said, “He chose poorly.”

Ultimately Dr. Jones chose the correct grail and the knight said, “He chose wisely,” but it was that knight’s statement about the bad guy’s poor choice that stole the scene. I don’t think the scene was intended to be funny, but I always found that very calm statement about the bad guy’s poor choice that led to his hideous demise hilarious. I watched that movie with my dad when it first came out in 1989 and many more times after over the years. It was one of our favorites. He and I and my brother spent the next 27 years turning to each other any time somebody’s choice did not work out for them, and saying, “He chose poorly” the way that knight did.

In fact, the last time I saw my dad here on this earth, “he chose poorly” was one of the last things he said to me. This makes perfect sense to anybody who knew my dad. He was always trying to make people laugh, even on his death bed. He was also a very spiritual and philosophical person who was quick to get on a soapbox, hit anyone who would listen with some wisdom. The soapbox he got on most was the one about making good choices. I could have chosen to talk about my dad in a few places in this book but this section about choices made the most sense. (See what I did there?)

My dad had been hospitalized for a while and was very sick when he hit me with that last “he chose poorly.” He was dying, and he knew it, but still chose to make me laugh. He literally never complained. Not once. He had plenty to complain about, but always chose to be positive. I cannot talk about choices without talking about him and the example he set choosing the good stuff.

Just before they put him into a medically induced coma to try a risky procedure to get rid of infection in his one lung, dad told my mom that he knew he wouldn’t be back, asked her to tell his sons that he loved us. My dad was dealing with all that scary stuff, but still making me laugh right up to our last conversation. I had watched him choose to be positive and “focus on the good stuff,” as he put it, my entire life, and he never wavered in that endeavor. It was just who he was.

He was told in 1997 that chemotherapy and radiation failed to eradicate the cancer in his lungs, that he was stage 4 and terminal, should get his affairs in order. Nineteen years later, he had not only beat that cancer but also came out victorious over two other bouts with two different cancers, survived a massive heartache, quintuple bypass surgery, and severe COPD in the one lung he had left. His last two years he was on the earth consisted of injections for diabetes, taking a total of 27 pills a day, and putting on a vest that shook his torso to treat the COPD in his one lung. He endured all of that and a host of other hardships, yet always chose to focus on the good stuff. I asked him one time how he does it, and he told me that he simply chooses to not let his circumstances dictate his attitude.

When our last conversation took place, he was in the hospital fighting that deadly infection. The infection had made him so weak that he could not feed himself, so I was doing it. He was one of the toughest men I’ve ever known, so you can imagine how hard it was seeing him so weak that I had to spoon feed him.

He had decided that he could take a drink without me holding his cup for him, but when he tried, he just dumped most of it down the front of his hospital gown. He noticed a tear in my eye and looked at me and said, “He chose poorly,” and we both laughed. It was a moment I’ll remember with mixed emotions for the rest of my life. My dad was without a doubt one of the ambassadors of Christ who influenced me most. His ability to follow Paul’s instructions to choose to know peace in any situation continues to encourage and inspire me. I hear him saying “he chose poorly” or “he chose wisely” all the time and it always makes me smile.

Help Me Help You is a culmination of lessons learned on one man’s journey to grow in the grace and knowledge of Jesus. Inside are tips and tactic from a self-professed knucklehead prodigal turned evangelist. Insights developed through life experiences as a rebel, prison guard, SWAT operator, middle school teacher, college professor, youth director, and single parent are presented in a relatable way to help anybody get better at winning the battles in their mind.
Our spirits must be fed just like our bodies. This book will help you identify and enjoy the all-you-can-eat buffet of soul food that is out there for you.

Brian Petree is a former youth director who founded Finding Life Inc. to help people stay encouraged by recognizing the voice of God all around them. He received his master’s degree in leadership from the University of Oklahoma where he later taught conflict resolution. Helping others resolve the conflicts in their own mind has become his life’s mission.