The Christian Response to Hunger in America 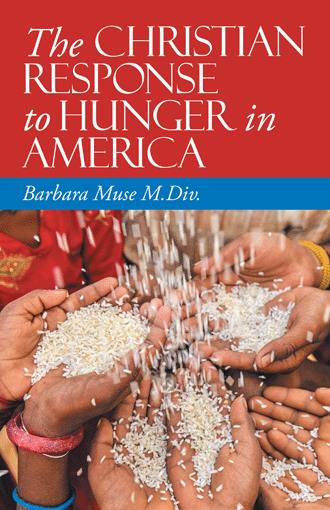 Hunger is a human condition where people do not have enough food to eat. In the Greek language λιμός, means the desire for food. The Greek word ʾebhyōn means "desirous,” "needy,” or "poor.” With both Greek words speaking to desires and needs, throughout this book when I speak about the poor, I also speak concerning the desire and need for food, which spells out hunger. The Bible also describes hunger in several passages as famine.
When I speak of the poor I am also including children who usually fall into this category as a result of their family’s economic situation or because they are orphans. From birth, children are dependent upon their family and/or caregivers to provide their basic needs including food. Oftentimes the family fails to make this provision for many different reasons. However, the Bible makes a compelling argument regarding how Christians are to respond to the call of hunger and to the poor. It is evident by these arguments that God is concerned for the poor.
Throughout the Bible are key scriptures that substantiate the claim that God cares about poor people, and the creator designed a system that would meet their needs. God provided laws to Moses that protected the poor. In Isa 58:6-7, the Bible clearly states that we are to share food with the hungry. Isaiah 58:10-12 also demonstrates how God guided the Israelites to take care of the poor. The scripture provides a conditional statement that says if we offer our food to the hungry, then God will bless the people in many ways.
God provided for the Israelites as they were in the wilderness as evidenced in Neh 9:15. God is “Jehovah Jireh,” a provider as given by Abraham in Gen 22:14. As Christians, God provides many examples of how we should pattern our lives. When the people were hungry, God fed them with manna and quail. They never had to want for anything as they followed God under the leadership of Moses.
In OT times, according to the law, reapers were to leave something in their fields and not reap from every corner, but they were to leave some parts of the field untouched. If the reapers drop some of the crops while harvesting their fields, they are to leave those droppings for the poor so that they can come and glean in the fields as well. Gleaning is the process of gathering grain or the harvest left in a field by reapers. Mosaic Law required leaving this portion so that the poor, widows, and, aliens might have a means of earning a living and surviving. This law found in Lev 19:9-10 provides a way for the people to feed and take care of the hungry.
Additionally Deut 24:21 states, “When you gather the grapes of your vineyard, do not glean what is left; it shall be for the alien, the orphan, and the widow. This scripture reinforces the law found in Lev 19:9-10, which instructs the people to leave the corners of the field, which are the gleanings, for the poor. God reinforces the law by spelling it out clearly to the Israelites.
After leaving Egypt and wandering in the wilderness, God provided food for the children of Israel through various miracles. Exodus 16:2-18 demonstrates how God brought the provision to the Israelites. After hearing, the cries of the children of Israel, and their murmurings God spoke to Moses and gave him clear instructions for the people to obtain the provision of food.
God provided bread from heaven, which the people called “Manna” and instructed the Israelites on how to gather the bread each day. On the sixth day, the people were to gather twice as much so they would have food for the seventh or Sabbath day without having to work. As if that was not enough, God even provided the Israelites with meat by causing quail to cover their campgrounds in the evening time. The Israelites were able to catch the quail with little or no effort. God provided bread and meat for the Israelites to take care of their hunger so that no one lacked.

In this country alone, there are over 22 million children receiving free or reduced meals during the school year. During the summer months those same children can scarcely find a free nutritious meal. Using Lamentations 2:19 as a guide, Christians are to respond to the hunger that they see on the streets of America and eventually throughout the world. The assignment begins at home, by making sure that no child goes hungry in America. I present this book to stir, to move, and, to compel Christians to action in regards to ending hunger in the name of Jesus Christ. I lay out compelling reasons biblically, historically, and, theologically, why Christians should respond to the call to feed hungry children. I pray that this book liberates Christians, to take action for the children in our neighborhoods, in our state, in our country and in the world who need food.

Barbara Muse is a professional speaker, co-founder, and Executive Director of Bread of Life Development (BOLD) Ministries, a non-profit dedicated to feeding those in need spiritually and physically by providing meals and educating families in making healthy food choices. She is passionate about fighting hunger in America for the sake of the children. She has a passion for empowering others to live an abundant life though Jesus Christ. Barbara has ministered in various locations across the country. Barbara’s vision is to eradicate hunger by feeding one child at a time. Barbara has a Master of Divinity in Pastoral/Congregational Care from McAfee School of Theology at Mercer University and a Bachelor of Science degree in Computer Science from National University. Barbara has also completed a Certificate Program from University of California, Davis in Alcohol and Drug Studies.