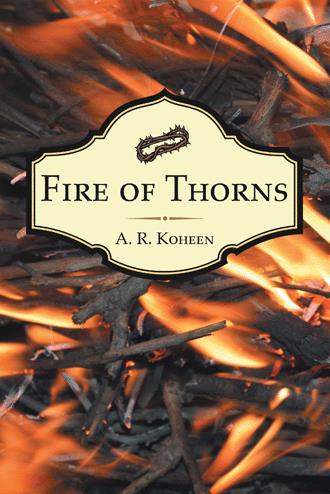 They found her curled up in the straw of the courtyard stable between the two houses, with no sign of how she came to be there. She made no sound in her sleep except to whimper on occasion and she rocked rocked from side to side in a vain attempt at comfort. When Miriam Salome` woke *to gather an armload of thorn branches from the storage room to prepare the fire for fresh bread for her husband and sons’ breakfast after a long, cramped night of fishing, * the shocking memory forced her eyes awake and her nerves back to the edge that had made sleep difficult tonight. First she hastened to check on the waif they had covered with a woolen blanket last night; rather than attempt to waken and question her. *Standing in the chill of false dawn, the matron looked at the high walls and sealed door of the shared compound without seeing any means by which so slight and young a child could have climbed in? But it answered the silent prayer she’d finally given up petitioning Heaven for; a girl she could could fuss over and nurture in a way her two sons, so like their father Zebedee, contemptuously resisted. Holding the oil lamp away from the sleeping girl’s form, huddled so helplessly under the borrowed blanket, Miriam Salome` hesitated and sternly reminded herself she’d have to give up the child as soon as her parents or guardians came in search of her! The self-rebuke stung almost as much as knowing she couldn’t simply keep her, like a stray puppy. She allowed the tremulous sigh to escape her lips; otherwise it would have weakened her into admitting the tears so close to the surface of her unfulfilled longing.
iiThe child’s eyes, wet with tears, fluttered open in shock at Miriam Salome` s gentle touch. The middle-aged matron had only a momentary glimpse of clean, well rounded cheeks and a furtive glance at unremarkable cloth on the four-or five year old’s body when the nameless girl threw herself into the kneeling woman’s arms; refusing to be put away for a better look. Unlike so many of the middle class merchants, she and her next youngest sister Miriam Jacoba had small families, and no girls. Only their youngest sister Miriam, who’d gone to Egypt with her carpenter husband Joseph early in their marriage had both the coveted males and two daughters. Deborah, conceived in Egypt, had inherited a rare beauty and mystery, as if that exotic city had influenced her outward appearance. Ahava, Beloved, the youngest, was a tender as her mother and promised to be a beauty in spirit without her older sister’s passionate moods. Y’shua, Mary’s oldest son, though only in his twenties, was taking on his late father’s responsibilities as the head of house-hold in a manner she could only wish her own sons would emulate. They had their father’s rough and careless manner, previous volume over content, though it pained her to admit it. She longed for a little girl to cuddle and raise, to teach the things that were so important to her.
‘Of course they couldn’t keep her!’ She warned herself sternly as she stroked the frightened
child’s hair until the girl calmed under her maternal touch. She was plump and well-nourished. She must have become frightened and run away from somebody's boat while visiting in Capernaum. For she knew all the children of the Jewish Quarter and the child was not dressed as she would expect a goyim child to be.

A six-year-old mute girl’s found in the family courtyard one morning as Miriam Salome`, wife of Zebedee the fisherman, rises to fix breakfast. They’ll ‘keep’ her ‘until’ someone claims her. Part of Salome’s secret desire to raise a little girl. Though her innocence we view Jesus` unique ministry on earth.

Born, raised, and educated within the cultural flux of the post WWII years at the rise of Secular Humanism in rebellion against the depths of Old World Religious beliefs from the merging societies forming the new American West, A. R. Koheen, now widowed and living in the Inland Empire of Washington State, carries on the traditions of a Tribal Storyteller.