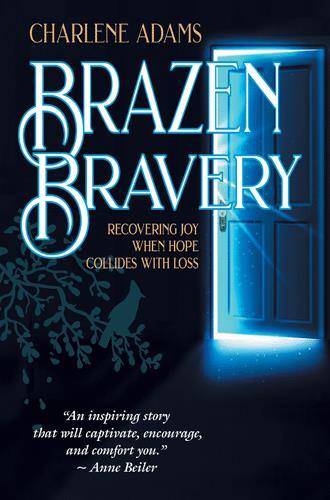 A nurse stepped across the hall and gently closed the door to Andrea’s room.
The grassy median. That is where they found my sister. A nurse had come upon the scene and said she was laboring in her breathing but unresponsive in any other way. Later, we were told her heart had stopped but medics were able to revive her in route to the hospital. Her injuries were so severe that she would have experienced no conscious pain.
This is our peace.
Windows blown out, doors warped and smashed and dangling by their hinges, the remains of the van resembled a tin can crushed and squeezed and ready for recycling. It would seem no one would want a relic from this scene, but I did. The day after the accident, I had David take me to the scene. I had to walk the walk. See the place. Touch the grass. Feel what I could feel.
Traces of tragedy littered the grass. Surgical gloves and syringes. Left behinds I wasn’t expecting to see. It didn’t matter though. I was numb.
Walking towards the white-chalk outline on the cement, I knew it served to mark the body of our friend, Alex. Standing over the dusty lines, it felt like holy ground. Silently I prayed for his family and those who loved him. And those who would never be the same.
Looking around I saw the pencils, paper, chrome trim, and even sheet music littered in the median. I gathered all I could. Picking up the pieces was somehow helping to fix the brokenness. But not. So much left behind. So much loss.
There, nestled in the grass like an Easter egg waiting to be discovered was a beige ashtray. The force that had sucked it out of its socket must have been fierce.
Symbolic, at best, to what had happened just shy of twenty-four hours earlier.
Now, here I am, 28 years later, and I still have it. It’s tucked away in my personal keepsake box under the stairs in our garage. I can’t formulate a solid reason why I keep it. I just can’t justify a way to let it go. It is most likely the only remaining tactile piece of that tragedy.
Some things you just can’t let go.
Studying the scene, odds would say nobody survived. Perhaps those who did felt sadness in living. Through the years I’ve listened to choir members, as well as their parents, share how they or their child had switched places with someone in the van that day. The pressure of living, and living well, seems to be a precursor for every step.
The question, “Why?” An apology and praise intertwined. It strangles the moment.
The Olivet bus waited at the rest area for the van to arrive. As vehicles came pouring in and traffic stood frozen, students and faculty disembarked from the bus and were quickly told of the dreadful accident.
Dr. George Dunbar, Orpheus director with the heart and soul of a saint, boarded the empty Olivet bus and was driven back through the median and into the pulse of destruction. This man, lover of souls, had to walk among the debris—suitcases, clothes, pillows, and books—and breathe in the devastation.
He had to identify Alex and name the dying.
Dr. Dunbar stayed until everyone had been attended to and transported to various hospitals in the area.
He stayed.
He stayed for the remainder of his life. The weight he carried over the next few days, months, years is one that cannot be measured. There were visits and letters to our family and others. His attention never waned. He knew Andrea’s name and he knew ours. As David and I began our music ministry career, he sent encouraging letters of support. George was present, active, and faithful in every phase and in every way.
A strong heart can trump great trauma. Andrea’s body was racked, battered, and swollen, but her shoulder-length brown locks gave her away. She lay still and silent.
Beep, beep, beep, beep. The perpetual reminder that a machine was calling the shots.
The diagnosis: her brain waves were not functioning. But, as an athlete, a tennis player, her heart was strong and conditioned to power through. Her body would survive until her heart decided the match was over.
The following day, my parents asked David and me to go to Olivet to pack Andrea’s belongings. Exiting through the same hospital lobby doors that welcomed our naïve minds just days before, we were leaving far heavier and armed with an unwanted perspective. A perspective that flushed over our spirits, like hot lava spilling over hard layers of solid rock waiting to accept the inevitable. It occurred to me that we are never promised a peaceful tomorrow or a fair tomorrow.
Or even a tomorrow.

At the age of twenty-one, Charlene’s sister, Andrea, along with two other college students were tragically killed in a terrible highway accident that made national news. Working through her grief beside her bereaved parents, tragedy struck again when her mother received a devastating cancer diagnosis.
In Brazen Bravery, Charlene tells the story of how she discovered the strength of her family’s rich heritage and deeply rooted Christian faith as she braved the tumultuous waters of grief.
Charlene, a natural and captivating storyteller, invites us into her journey, “telling it like it is” with humor, compassion, and an unflappable and inspiring faith. Through journal pages from her sister and mother, along with song lyrics, Bible verses and poignant quotes from favorite authors, her words will remind you that there is always a way through. The truths she holds onto fiercely helped her transcend the pain and made it possible to “believe that life was not just worth living, but worth living well.”
Brazen Bravery will not only beckon you to embrace the lessons of loss and ignite your overcomer spirit, but it unwraps biblical truth showing us that the sovereignty of God transcends all brokenness and doubt. And reminds us, once again, that love always wins and life never ends.

I have discovered that as the embers of disappointment, pain, and suffocating grief simmer, beauty and love is revealed just underneath. When the flames subside and the ash and soot settle, we start sweeping up the mess and somehow begin recognizing the beauty of the wood at our feet. The intricate design of the grain and the timeless etching of the stress marks. Many people justify spending more money on finely distressed furniture because they see the beauty in its story. And we, who are created through the Master Artist’s hands also show the depths of scarring, beautiful flaws, grief engravings that make us unique and priceless.
As hard as it is to adjust and spin the perspective dial, there is purpose beyond the pain. God’s eyes are focused directly on each of us, and His grip is locked. His promise?
“Never will I leave you; never will I forsake you.” (Hebrews 13:5, NIV)
We are overcomers when our response glows with HOPE. A lowlight of peace that sneaks in just under the door. It washes over the sometimes-sad space, softens the scars, and creates something lovely. Something beautiful. A masterpiece!

Take all sorrow out of life and you take away all richness, and depth, and tenderness. The capacity of sorrow belongs to our grandeur. It is the furnace that melts hearts together in love. —A.L. Alexander

“Charlene Adams communicates powerfully in her book, Brazen Bravery. A dynamic message we all can embrace. ‘I can do all things through Christ who strengthens me.’”
Babbie Mason
Author
Dove Award Winner
Christian Singer-Songwriter
TV Talk Show Host

Charlene Adams is a Christian singer, songwriter, and recording artist. Together with her family, as the group Adams Voice, they perform and minister across the country and abroad. Their country home is nestled in between cornfields, creating a peaceful perimeter for happy homeschooling. Her life verse is Psalm 46, believing that “the river” will always lead to joy. Charlene lives in Indiana with her husband, David, and their four children: Emma, twins Johnny and Anna, and Luke.
Please visit brazenbravery.com or adamsvoice.net and enjoy more writings from Charlene published in her blog, “Come Sit On the Porch.”
Connect: Charlene Adams
P.O. Box 594 New Castle, IN 47362
Email: dcadamsmusic@yahoo.com
Facebook: adamsvoice