A Great Revealing For All Peoples & All Nations 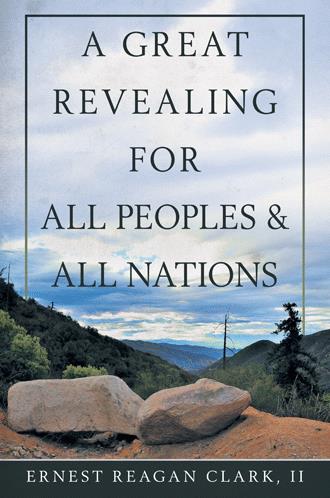 The author of Hebrews makes the following statement over twenty years after Jesus ascension; “Hath in these last days spoken unto us by his Son, whom he hath appointed heir of all things, by whom also he made the worlds;” (Hebrews 1:2, KJV). There are many speaking today, and in decades past, even centuries past, of the “last days” as if we are living in the last days. The “last days” spoken of in the scriptures were the last days, latter days, of the old covenant epoch of time. The apostles lived in the “last days” and not us today. If man had a correct perspective on the scripture he would realize this. We are not living in the prophesied “last days.” The reason it appears that way today is because of a lack of understanding of reality. Many took up the gospel message millennia ago to profit from it. They handed down false teachings that are still going on today because men in generations past deemed others that they have no personal knowledge of as “Early Church Fathers.” Well, Jesus made the following statement to the multitude and His apostles: “And call no man your father upon the earth: for one is your Father, which is in heaven” (Mathew 23:9, KJV). “Father” here is not equivalent to your earthly daddy. He is telling them not to look upon others as superior to them. Depend on the word of God, the scriptures, to be your source of wisdom and not the teachings of man. The Catholic Church was born out of such as what Jesus admonished against here. There are many heresies in this world today due to such as this. I will reveal a few later on. If one contradicts the very word of God then he is one whom Jesus was speaking against. The “end” prophesied by the prophets of old, which would include Daniel, the apostles, and Jesus the Christ, has come and gone. The end is nowhere in sight. Things may seem bleak today, but that is because of false teachings in the church, as well as in our antichrist education system. If mankind was focused on God Almighty, they would see that Jesus was the Prophesied One, the Seed of Abraham, and that it was about the SEED and not the seeds. This issue alone would conquer about a quarter of the negative issues the world is facing today.

The “coming age” is the age that we are living in. This age shall go on forever. Paul makes many statements about things of the coming age. We shall cover many of them within the covers of this book. He stated that at the consummation of the ages, which was on their horizon, that prophecy would be sealed. Daniel also made this statement. This means that there has not been any Holy Spirit inspired prophecy since the “end” prophesied by the prophets, apostles, and Jesus, was fulfilled in AD 70. All religions born after this event are false religions with false teachers. Fulfilled prophecy in AD 70 also nullified all previous false religions. Can you think of any false religions? I can think of many, but one is the most deadly religion in the world today, the false religion of Islam, or the Muslim faith. Those that are discerning know that Allah was a false god of a mythological local religion that was prevalent in the Middle East at that time. Allah was the moon god. I will speak more of this later.

There is only one GOD and HE is the CREATOR of all things and Jesus was the prophesied Messiah, the Christ. Fulfilled prophecy is the greatest testament of His revealing, manifestation, advent, revelation, etc. Jesus told His apostles that He was going to prepare a place for them. He told them that there were many mansions in His Father’s house, or many rooms, according to the version of the Bible. His Father’s house is His Father’s kingdom, not this earth. In the same conversation that He made this statement He made the following: “Yet a little while, and the world seeth me no more; but ye see me: because I live, ye shall live also” (John 14:19, KJV). The word used in the Textus Receptus Greek version for world here is “κόσμος.” The correct definition for this Greek term is inhabitants of the world, and not the literal earth, or kosmos. This is the reason that the apostles asked for signs of His coming. They knew that He was not literally coming back to this earth. All the signs of fulfilled prophecy were the revelation, the revealing, the manifestation, etc. of His advent. This gave them blessed assurance that He was in Heaven on His throne bringing about the consummation of the ages, the end of the old covenant, and the ushering in of that which is perfect, the New Covenant.

After many years of study and research the author came to the realization that what most Christians believe contradicts the very WORD of GOD. This is a major cause for all the angst in the world today, as well as in America. Seminaries and preachers contradict the very WORD of GOD every Sunday. He recently shared a copy of this with a seminary degreed missionary/preacher that spent about 35 years on the mission field in South America. Three weeks later he got a phone call from the man. He confessed that he had been taught a lie in seminary and also confessed that his eyes had been opened to truth. The man said that he would like to call the author “father” but that he would take the admonishment of Jesus “to call no man on earth father” seriously. He said that he would be considered least in the kingdom of God for all of time due to what he had taught and preached for many decades. Are you ready to be set free from the chains that bind?

The author grew up in church, but fell away shortly after graduation. There was much false teaching in the church at that time, as there is today. After about 16-17 years of running from God he came back with great passion for His word. Trust the word of God over man’s word.

Did the apostles live under the new covenant after Jesus ascension? The author has asked many preachers this question. All said “yes.” Well, the apostles said “NO!” The contents of this book are based on scripture, historical documented facts, and not the opinions of any man. Ooops! Tis the opinion of the apostles, especially Paul. You may want to put on your sun-shades. THE TRUTH IS BLINDING!!