THE CHRISTMAS STORY STEP INTO SCRIPTURE

A BIBLE STUDY FOR ADVENT 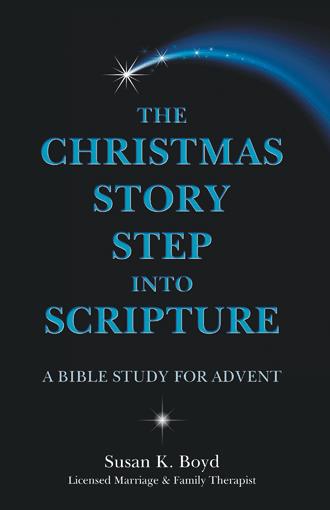 You like the sense of history you feel whenever you are tending sheep here. These are David’s pastures on the outskirts of his hometown. The shepherd who became the greatest king of Israel, was from Bethlehem. Called “A man after God’s own heart” (I Samuel 13:14), David had been the subject of many campfire discussions among you and your friends.

You play the same instruments David played to quiet the flocks at night. Like David, you fight off predators and pull back endangered lambs with the crook of your staff. You run to upright a sheep if it rolls over too far on its back, which all shepherds know as being cast or castdown. Sheep are not able to right themselves and can die if a shepherd does not notice and put them quickly back on their feet.1 You recognize the rich shepherd language in David’s psalm, as you recall his words, “Why are you downcast O my soul put your hope in God, for I will yet praise him, my Savior and my God (Psalm 42:5).

You believe David would have understood you. He cared for his sheep and his people. Did being a shepherd make him a better leader? It might have been a good training ground, but you wonder if he had to suffer the humiliations that you and your friends endure now. Shepherds are considered disreputable and unclean by today’s social standards.2 You lack credibility simply because your occupation is shepherding. Men in your line of work are not allowed to testify in court.
People believe all your time alone creates an unreliable storyteller. Shepherds are out of sight and out of minds, which is how most people prefer it. As you think about all of this, you remember a story of David being out of sight and out of mind too.

When David was a shepherd boy, his family forgot him! One day the prophet Samuel came to their house to anoint one of Jesse’s sons as the next king of Israel. After seven sons filed past Samuel, the prophet exclaimed “The Lord has not chosen these. Are these all your sons?” Finally, David’s father said, “There is still the youngest. He is tending the sheep” (I Samuel 16: 9–11). And Samuel anointed David, the shepherd boy, as king.

You look up at the stars. You wonder if you are forgotten and where you fit into God’s plan. Then you smile as you look down on the town of Bethlehem. You know the Messiah is predicted to come as a descendent of David, the shepherd king. After all, Bethlehem was the town of David. You say to yourself, “God decides who is important, not man.”

1. What do you abruptly see in front of you and
all around you in the hills of Bethlehem
(Luke 2:8–9)?
Describe your first thought and response to
all you see.

2. Find five encouraging proclamations the angel
gives you (Luke 2:10–11).
Give the one that takes away your terror and
the statement that moves you to action.

3. List the three names designated to Jesus
by the angel and what
they mean to you (Luke 2:11).
Describe the sign the angel gives you
(Luke 2:12).
(Note that shepherds frequently swaddle baby
lambs to keep their fleece
clean before taking them to the temple.)

5. What is your reaction and that of your friends,
after the angels leave (Luke 2:15)?
Explain the conversation between you and
your friends.

6. Are you running through the streets,
knocking on doors, or
did you come upon the open stable
and spot the baby wrapped up in the manger
(Luke 2:16)?

7. Describe the details you are telling
everyone and their responses (Luke 2:17–18).

8. How important do you feel tonight, being given
the only personal invitation from the God of the
universe to celebrate and see his new born Son
(Luke 2:17–20)?

9. Step out of Scripture, and
come back to today for this question.
(This is a three-part question.)

Have you ever felt invisible?
Are you like the shepherds, excited about what you are discovering? If so, with whom do you want to share this?
You might be surprised as the shepherds possibly were, to discover you were never invisible to God. He will be your own personal shepherd today. Are you reluctant or willing to follow the Good Shepherd?

Note
Step through a hole in time, and go into the future thirty years. Listen as Jesus, the long-awaited Messiah, the Lamb of God, also offers himself as the true shepherd of his sheep. Here is one excerpt from John 10.

I was in the sheepfold.
The shepherd called outside the door,
“I am going to take you some place.”
He called my name. Then called once more.

Reluctantly, I stepped outside,
And he pointed with his staff,
To a hill so far away from here,
Out of fear I almost laughed!

“I will not go out there alone.”
Though I want to be his lamb,
I shook my head and stood my ground.
Then he touched me with his hand.

He stepped out from behind me,
And began to lead the way,
And commanded, “Stay close to my footsteps,
With your eyes on me today.”

Before I realized, we were there,
And the hill was a luscious green,
With a view of all creation,
I might have missed this very scene. 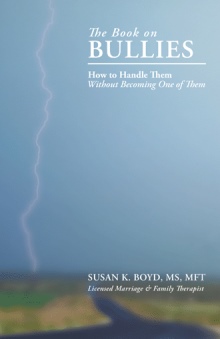 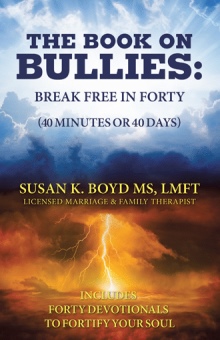 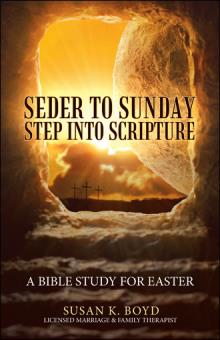 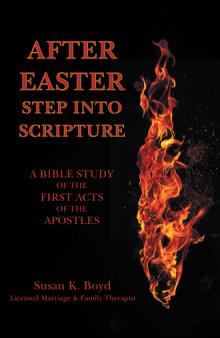 This holiday season step into the Nativity scene through a hole in time and become an active participant in the true Christmas Story! Join this interactive Bible Study and move close to the events and people surrounding the Advent of Christ. You will have the opportunity to be one of the marginalized shepherds, the concerned citizens of Jerusalem and the mysterious but powerful Magi. This is not a quiet peek into the manger. The Christmas Story—Step into Scripture, A Bible Study for Advent is an exciting experience watching prophecy unfold in front of you and miracles appear all around you. It is a unique method for understanding and applying scripture. Scripture is the script! The Bible Study is the director but you determine your actions, thoughts, and feelings as: • A shepherd personally invited by the God of the universe to see his newborn son. • A Jerusalem citizen, aware that paranoid King Herod could go on one of his killing sprees. • One of the Internationally, renown Magi. You’re not a king but you are well known as a King Maker! • You—stepping through another hole in time, forward thirty years, listening to The Good shepherd, and watching Jesus in his ministry; HE is the King of Kings! Welcome to The Christmas Story—Step into Scripture, A Bible Study for Advent!

Susan K. Boyd, MS, LMFT, Family Therapist, author of 4 books, including Seder to Sunday—Step into Scripture, A Bible Study for Easter, has been a Bible Teacher and speaker for many years. She has written for Central Coast Newspapers and spoken on Television and Radio. She and Jerry, married for 50 years have a son, daughter-in-law and two grandchildren.