The Second Thing about God

Should Be the First Thing about Us 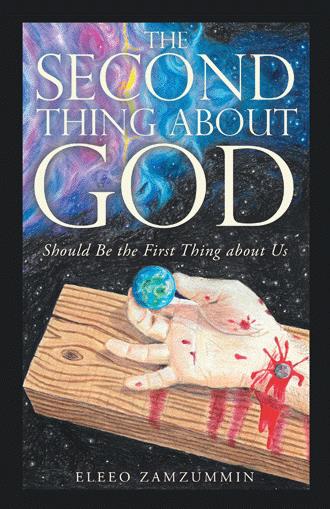 A widow from a city called Nain was on her way to bury her only son. You can imagine her pain. She walked crying with a broken heart as she escorted her dead son to the cemetery. But someone saw her.
And when the Lord saw her, he had compassion on her, and said unto her, Weep not. And he came and touched the bier: and they that bare [him] stood still. And he said, Young man, I say unto thee, Arise. And he that was dead sat up, and began to speak. And he delivered him to his mother. (Luke 7:13–15)
I remember an old joke about Jesus going to four funerals and ruining every one of them including His own. Jesus wept at Lazarus’s tomb even knowing He was going to raise him from the dead in a matter of minutes. I believe that was out of sheer compassion for the pain Lazarus’s family had experienced and on some level for the pain everyone had felt from death down through the ages. The Bible calls death an enemy of God. I can only imagine how God, the most compassionate being there is, felt seeing all the sorrow of death on all people from Adam to now.
As many times as I have heard and read about the healings of Jesus, I must admit to my shame that for most of my life, I barely if at all noticed the compassion before the power. I have been to church services in many different denominations. When it comes to healing, it seems that many focus on the faith of either the person being healed or the person asking God for the healing. I have seen a room full of people trying to drum up enough faith for a healing. But rarely did Jesus ask people if they believed; He simply had compassion for them and healed them. Jesus of course knew He had the power; He had been the active element in the Creation and the active force holding all things together (Colossians 1:16–17). For Jesus, it was not a matter of faith but of compassion. Most knew Jesus had the power because they had seen or heard about it. If it was a matter compassion for Jesus, shouldn’t our actions be a matter of compassion as well?

From the fall of humanity until now, humankind has inflicted suffering on each other. God’s heart is pained when He sees humankind hurt one another. Unfortunately, we have lost track of who we were meant to be and who God is first and foremost. The greatest way the Lord intervened was with the cross, for it showed His heart, provided an example, and offered a solution. But how can we, as a modern society, get past ourselves, be aware of others’ pain, and do something about it?

In a thought-provoking reflection, preacher Eleeo Zamzummin focuses on the first detailed revelation of God’s heart to Moses—in particular, God’s compassion. While examining the deep meaning of compassion and how it is balanced with God’s power and justice, Zamzummin highlights the trail of God’s empathy throughout the Bible and to Christ’s life where compassion was repeatedly demonstrated in His ministry. Additionally, Zamzummin details how humankind, from the beginning, has twisted its role to one God never intended for us while gently reminding all of us how God’s grace holds the key to returning our hearts to the right place.

The Second Thing about God shares a preacher’s thoughts and biblical insights on the Lord’s compassion to inspire believers to take small steps to make big differences, starting today.

Eleeo Zamzummin has been a student of scripture for 25 years and has spent over two decades in prison ministry. He has served as a layman preacher for First Christian Church in San Francisco since 2015.
His teaching, preaching and writing focus on the divine nature in the heart of God to inspire his audience to be greater participants of God’s divine nature.