Rescued For a Purpose 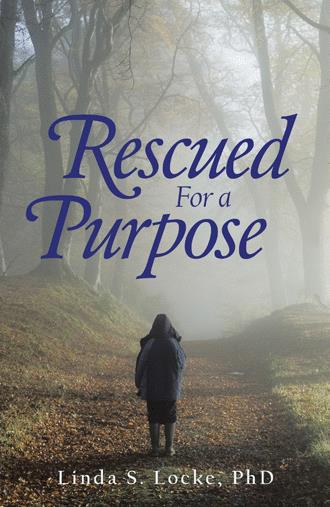 Megan fingered the remote in her hand, flipping through the channels, looking for something to watch on the television that would make her mind stop racing. Not even the retro reruns could hold her attention. Hogan’s Heroes? Nope. She glanced again at the clock where the hands seemed to be cemented in place. How had it only been three minutes since she last checked the time? I Love Lucy? Nada. While flipping some more, Megan stared at her phone, willing it to ring. Andy Griffith? Ugh! Waiting was by far the hardest thing for her.
When she could no longer stand it, Megan picked up her cell phone and dialed her brother’s number. It immediately went to voicemail, and Megan knew that meant Josh was on the phone with someone. Instantly, she ran a hundred scenarios through her brain: maybe Mom had died during surgery and he was calling to tell her? Maybe they found more problems with Mom’s heart and she wasn’t going to be okay after all? Maybe the doctor was calling with more bad news? Megan told herself to get a grip. It seemed the more she tried to give her worries to God, the more anxious she felt. Why was it so hard to just trust?
Megan allowed herself to travel back through her memory banks to her troubled earlier years. The relationship she currently had with her mom was so different now. Grateful was not nearly a strong enough word to describe how utterly blessed Megan felt about the healing that had taken place between them. Her mom had definitely changed. She was kind and loving and truly seemed to care about Megan now. But that was not how it had always been.
Flashes of scenes from the past coursed through Megan’s mind. When her mom would tell her that she would feel better if she lost some weight and that boys wouldn’t date overweight girls, Megan only heard, “You are fat and will never be loved.” That is how Megan still saw herself—fat and unattractive. It was hard to change the patterns in her self-image, even though she knew she was “fearfully and wonderfully made” by God. Megan felt like she was always in a war with her thoughts. In her heart of hearts, she knew the truth—that God loved her—yet the negative self-talk seemed to erase what scripture plainly revealed to her.
The cycle of pain and wrong thinking led to food addictions that kept the crazy-eating merry-go-round spinning out of control. Megan had become a closet Oreo eater when she was in third grade. It was immediately evident that her teacher, Mrs. Wallace, did not like her. Megan tried to be more like her older brother, Josh, but she just never seemed to measure up. He was so smart, and people liked to be around him. Megan was loud and talked too much. It seemed that she had no ability to control what went into or out of her mouth.
Mrs. Wallace would pull Megan to the front of the room to have her show the entire class how not to do the assignment. Then she would have Brooke, the teacher’s pet, come to the front and Mrs. Wallace would tell the students to do their paper just like Brooke’s—perfect. Megan cringed at the memories of that public humiliation. It happened more than once, and each time, Megan would run home and grab the Oreos from the pantry. She had a hiding place in the loft above the garage where she would cram the cookies into her mouth as fast as she could, hoping that the sweet, delicious white cream and chocolate goodness would numb her pain forever. Of course, it didn’t. Megan felt ashamed and sickened by her binges, but they didn’t stop for many years. Food had become her only escape, although Megan knew that the cookies, cakes, and candy were not the true friends that she had made them—just an ever-present false comforter.
Megan told her mom that Mrs. Wallace publicly humiliated her. Her mom didn’t believe her, even after several incidents. After all, Josh had been in that classroom two years prior and Mrs. Wallace continually gushed about what a model student he was. Mom could not imagine a teacher making public comparisons and simply dismissed Megan’s complaints. Oreos were the only solace she had.

In this story, Megan Whittier is learning to live out her Christian faith as an elementary teacher. While overcoming a difficult childhood, Megan has learned to walk in grace and the presence of Jesus through the everyday things of life. Her entire family comes to see how putting God in the center of their lives uniquely brings healing and deliverance from the chains of brokenness. Megan is struggling with the possibility of rekindling a relationship with a man who does not understand her faith. Together, they journey through some remarkable encounters, bringing them closer to one another.

Linda S. Locke has been a public school educator for forty-plus years, having spent twenty-one years as an elementary principal. Dr. Locke received her PhD in educational leadership and currently teaches several courses as adjunct faculty at Urbana University. She is the mother of three and the grandmother of two (so far!). Dr. Locke has dedicated her life to helping others learn how to improve relationships within a school setting and to foster a desire for personal growth and development. She lives with her husband Jon, and together they run Mindful Presence Ministries, where they are both dedicated to coaching and helping others to find their voice and to embrace and discover how to live out their purpose. Dr. Locke has written eight children’s books, six of which are on the topic of bullying, and two adult books:

What Do You Do With a Grampa?: A delightful book illustrated by third graders that celebrates the wonderful, loving relationships that children have with their grampas. All ages.
Bullied? Only If I Let Her!: A book written for grades K–2 and illustrated by fourth-grader Riley Johnson.
Bully in Disguise: A Look behind the Mask: A book written for grades 2–5 and illustrated by fifth-grader Riley Johnson. This book includes ten helpful tips for parents and teachers, and Dr. Locke provides workshops based on this framework.
Jillian and the Bully: Written for grades K–3
Gus and the Bully Goose: Written for pre-K–1
Jonathan Finds His Voice: Written for grades 4–8
Finley Finds a Friend: Delightful story for ages 0–6
The ABC’s of Bullying and What God Wants Me to Know–Grades K–3
It Matters to This One: A Christian romance novel
He Reaches My Heart and Teaches Me: A compilation of inspirational writings
He Reaches My Heart and Teaches Me, Part 2: A continuation of inspirational writings
These books may be found at
www. amazon.com/author/lockel or
for even more information as to how to use these books with children,
please visit the author’s website at
www.lindaslocke.com