Drac and the Black Dragon 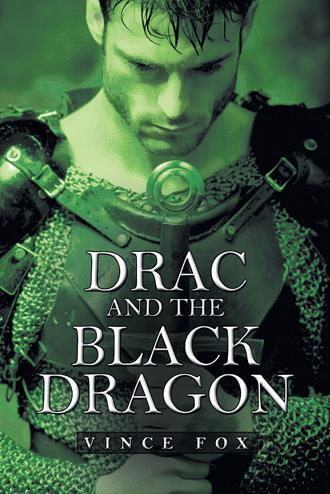 The older men working in the stables and the blacksmiths that once served the King in his army stopped their work to pay their respect to the prince as he was leaving. The prince could not understand why these men had such long faces as he stormed out by them all, they seemed so down hearted to Drac but then he thought nothing of it and continued in his rage. What Drac didn’t know was that these men were also once great warriors some of the best that the kingdom had ever known with even greater odds against them than the prince had ever seen. They knew that this decision could not have come easily for the King to send his son that he loved so dearly away.

They also remembered their own prideful ways and the pain they endured in those early youthful years. One said with a mournful expression “It will be the most agonizing thing he’s ever felt or gone through in his life, but he can be restored and healed if he humbles himself and does not harden his heart”. They all stared down towards the ground for some time and thought about their own season of brokenness and the great suffering they endured, then went back to work.

Drac entered the Kings stable and saddled one of Hungary’s strongest steeds and without the king’s permission took another horse for supplies. The prince chuckled and said to himself “Yes father I’ll leave but not without taking more than I need”. As the young prince was heading out away from the castle his father could see him from his tower. The King looked up to the heavens and prayed “Father In heaven, I love my son with all of my heart, but he was yours before he was mine. You have a love that I still can’t completely grasp, your ways are not my own. But you’re a good father so I ask you to watch over my son and help me in my weakest moments of trust. Please help me to focus on your goodness so I don’t give the evil one a place to put his thoughts”.

The journey to this land would take months by horse and even longer with all the other dangers that could slow travel. Drac was already starting to feel the wear and tear of the long journey ahead of him but had no idea that things would soon get even worse.

On one occasion Drac’s campsite was being destroyed by 3 mischievous raccoons looking for food and the horse carrying most of his supplies broke free and ran back in the direction of the castle never to be seen again. Then during a great storm, a mud slide carried the prince off into a river where he lost the rest of his supplies and barely escaped with his life. On other occasions when he had captured food for much needed nourishment it was quickly taken away by large eagles from the mountain peaks that were surrounding him. Some of the birds where large enough to take the prince off of the cliffs he climbed but seemed to be at peace with only flying away with his game. During one attack after the eagles flew away with his food, he threw stones into the sky hoping to frighten them away from his campsite but accidently brought down a hornet’s nest at his feet. The stings were severe, and his body became so greatly swollen that travel was unthinkable and he barely recovered from the incident with his life.

Months had gone by and Drac had plenty of time to think about how he had treated others in his father’s kingdom. The raging Bull found in this young man’s heart was now losing its great strength due to all his horrific misfortunes. The prince was wet, cold, starving in an unknown land and fearful of every mile he traveled. This was exactly what his heart needed for now he could understand how good his life had truly been. Although being humbled by his position he wasn’t ready to fulfill his father’s request. That night with tears in his eyes at his campsite while being attacked by every blood sucking insect and parasite known to man he prayed. “Father what I have become is more than I could have ever imagined.

I don’t even know when I took this turn for self. I’m ashamed of what I’ve become and if you can make anything out of me, I’m yours”. Sadly, what Drac didn’t realize that when he lost his mother, he so focused on keeping himself healthy that he never went back to thinking of the pain of others. The pain and loss were so great it was all the young prince could see, he had become so protective of his heart that he would not allow it to suffer again or to love. Oddly enough after that prayer the insects attacked more than they had before as if they were waiting for his attention. The prince lowered his head as tears continued to slowly run down his face and he then said to himself “I wouldn’t have answered my prayer either.” With his pain increasing from the bites of these 6-legged little pests his hope began to die.

He then raised his head from his hands to look at this one little terror that had bitten into his arm again. The prince was not fast enough to kill this one specific parasite, so the creature kept coming back for more. Drac again raised his hand to strike hoping to kill this pest but was startled by a black flash that zipped right by his face. He thought to himself “I must be close to passing out from the lack of blood; apparently I’m now seeing black flashes.” 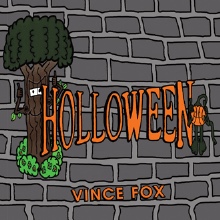 A humble and good King must make a tough decision to save his son from his prideful heart and prepare him to someday rule the kingdom. The Kings order to travel far away to help a small village will not be welcomed by the prince. This quest will soon become more than anyone could have ever imagined. Traveling through savage lands no man has ever seen or heard of might be more than the prince can endure. Drac will face terrifying creatures, a wicked warlord and experience suffering unlike anything he has ever known. With the help from new friends his hardened heart will be changed so that he will be able to face the great Black Dragon. Throughout his trials he will find what’s truly important and become a great warrior. The kind of warrior the village will need to defeat the wicked warlord Bearook. In the end he will understand that this quest was the most loving thing his father could have done for him.