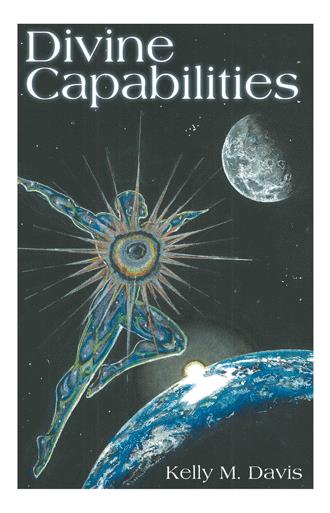 Lest Satan should get an advantage of us: we are not ignorant of his devices (2 Corinthians 2:11).

Many times, we become very aware of a competing nature that is at work within us. We have an innate desire to win, succeed, accomplish, and to be victorious in all we set out to do. There is healthy, beneficial competition that drives us, as well as mold and shape our character. However, in many cases, if we have not been accepted, loved, affirmed, or have a sense of self-worth, that competing nature will breed insecurity, fears, jealousy, mistrust, stubbornness, and even pride. If any of these characteristics are left unattended, they can sabotage your ability to build healthy, long-lasting, productive relationships.

There are two major influences that are vying for your attention and loyalty. All other influences, voices and agendas all stem from one or the other. I reiterate, there are two major voices and kingdoms vying for your attention—the kingdom of light, and the kingdom of darkness. These kingdoms hold different perspectives, principles and agendas that are perpetuated by various modes of operations that are diametrically opposed and mutually exclusive to one another.

In the kingdom of Satan or kingdom of darkness, the way to succeed is by any means necessary. This includes cheating, lying, shortcutting, pretending and perpetrating while pulling others down so you can go up. This is completely opposite of the kingdom of God, the kingdom of light. In the kingdom of God, the way up is starting down through humility and taking the low road. You start low with hard work, and go through the processes of life. You’re always honest, integral and treating others how you would expect to be treated. Many times, Jesus said, “For whosoever will save his life shall lose it: and whosoever will lose his life for my sake shall find it" (Matthew 16:25). He drew this parallel often in communicating to His followers just how different the belief systems and ideologies of these two kingdoms differed. When competition is in play, for most of us there's a commitment to emerge victoriously. In other words, the pre-calculated, intended results is to win. To compete means to strive, to gain or win by defeating or establishing superiority over others who are trying to do the same. It also means to take part in a contest or to participate.

In the early stages of creation before mankind, there was a spirit of competition that took place in the heavens. Lucifer’s, the son of the morning-light bearer, heart was lifted up to where He wanted to take God's place. Isaiah 14 records in detail about the spirit that was at work underhandedly in the courts and hierarchy of the heavenly realms. A breach is a gap or a breaking away of something. This is exactly what transpired in the heavens when Lucifer decided to deliberately challenge his Creator.

Emerging from the kingdom of darkness was the spirit of competition, along with strife, confusion, pride, deceitfulness, lust, rebellion, anarchy and disobedience. Lucifer was so filled and consumed with the idea of being in charge; I believe he experienced two deadly combinations: blindness and forgetfulness. I believe he was so blinded that he forgot he was a created being himself. Therefore, he saw our Creator God in his own image and likeness. What a terrible everlasting miscalculation on his part! This major misjudgment doomed him forever, and all whom he influenced along with him.

Jesus stated twice that the servant is not greater than his lord (John 13:16, 15:20a). As believers and disciples of Jesus,

Knowing YOUR unique design and special purpose is THE game changer in most peoples lives. Knowing and embracing your God given identity and capitalizing on it can shift your entire perspective on people, relationships and even our Creator. Finally Knowing I WAS BORN FOR THIS will drown out and defeat the voices of doubt, fear and draw back that tries to stifle your forward movement. This book deals with these ideas and much much more.

I believe this writing is God breathed therefore very prophetic, relevant and will speak to the DNA of every human being alive today. With a unique perspective birthed out of an ongoing deep and personal walk with The Holy Spirit for 20+years. Whether you are a church leader, a babe in Christ or even a person who is not in fellowship with The Son of God DIVINE CAPABILITIES reach and scope is broad and insightful. Apostle Kelly Davis resides in Michigan, and is a native of Cincinnati,Ohio. Along side her husband Apostle D. C Davis they oversee Kingdom Now Apostolic Ministries Intl. Also as Apostolic & Prophetic teachers, trainers & equippers they also oversee and preside over various other ministries and networks such as THRUST Apostolic Network (TAN), Apostolic & Prophetic Wombs Womens Ministry, and MAPPS Michigan Advancing Prayer Portals & Strategies. Together between them they have 6 children, 9 grandchildren and a host of beloved spiritual children and off spring.