Looking for Him in All the Right Places 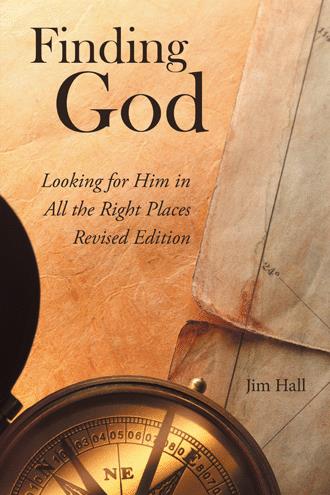 Did You Ever Have to Finally Decide?

If I would preserve my relation to nature, I must make my life more moral, more pure and innocent. The problem is so precise and simple as a mathematical one. I must not live loosely, but more and more continently [deliberately].

Time wouldn’t matter so much if we had more of it.

We can bewail our bad luck at not having more of it allotted to us, and at the seemingly random ways it can be snatched away from us by accident or disease—but this does nothing to affect the essential equation. We don’t have much time.

In the quotation above, Thoreau is telling us that he gets this. Time is precious, so he wants to spend his wisely—not “loosely” or incontinently. We can apply this idea to being aboard a plane that crashes in the desert. Survivors have an extremely limited amount of water. They don’t know how long that water will have to last. Their problem indeed is as “precise and simple as a mathematical one.” Until they can be sure of rescue, they need to make sure their precious water lasts.

In the mid-19th century Thoreau decided to build a small cabin near Walden Pond, not far from Boston. In doing so, he anticipated our tiny house movement here in 21st century America. His cabin, which he built himself, was 10 feet by 15 feet; it consisted of one room having one door. He did most of the building himself, down to cutting down the trees he needed for lumber. He wanted to simplify his life to the greatest degree possible; as he phrases it--

I went to the woods because I wished to live deliberately, to front only the essential facts of life, and see if I could not learn what it had to teach, and not, when I came to die, discover that I had not lived.

Let me introduce the concept of investment. When we invest we attribute value to something, then we deploy assets to acquire it. We read to acquire wisdom. We exercise to build health. We travel to learn of places and people who don’t live next door to us. The asset that I want you to focus on is time; I continue to think it’s the most valuable asset we have. It is also the one that we may be the most haphazard about. If you’re haphazard about it, I want you to change. I want you to invest your time in ways that will yield the greatest return to you and your loved ones.

Thoreau wanted “to front only the essential facts of life.” He had his idea of “essential,” and in modern life we have our own idea. From the beginning, I want you to think seriously about what is essential in your life. I want you to think about what you’re investing yourself in today—education, work, your model train layout, alcohol, serial relationships, food, video games, children, exercise, body art—and think about these investments in terms of risk and reward. Investment advisors like to talk about diversifying their clients’ portfolios—to spread risk, to have eggs strategically placed in a number of baskets.

There’s a stirring scene in the Academy Award winning film “Gladiator” of some years ago. Russell Crowe plays Maximus, a general in the Roman army who’s about to lead a cavalry brigade into battle against a Germanic tribe. He addresses his men before they move out, raises his sword and says “What we do in life, echoes in eternity.” He means in part that we reap what we sow. We need to be careful about what we sow, if we’re concerned at all with what we’ll eventually reap.

Based on the song, “Looking for Love in All the Wrong Places,” Finding God: Looking for Him in All the Right Places helps people change course and choose a more satisfying, fulfilling, and meaningful path. Author Jim Hall discusses how attaining happiness can’t be found through such things as work, status, video games, cell phones, and other superficial means, but rather through the Bible and God. Finding God is about: making decisions and committing to them; language—being able to articulate what our words mean; modern culture, including its fascination with technology; you and the need for more peace, meaning, and satisfaction in your life; consciousness and the role God plays in it; and Jesus of Nazareth, the most influential person ever born. In Finding God, Hall offers a look at God, Jesus, the Bible, and the reasons why you need to bring them actively into your life.

Jim Hall came to faith through the influence of many people, books, associations, and experiences. During the past twenty-five years, he transitioned from an adult Sunday school participant to adult Sunday school facilitator. A former secondary and college teacher, he has co-edited and co-authored a variety of publications, including the book Managing on Purpose. Hall lives in Hanover, Pennsylvania, with his wife, Marsha; their Labrador, Rommy; and their rescue cat, Mira.