In the Deepest of Pain God Dies

Awaken the Lion in This Cub! 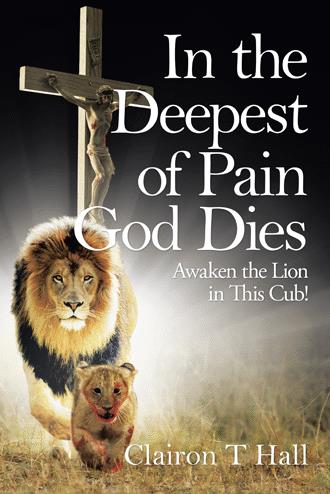 Deep in the darkened dungeon of life's turbulence, hidden within man, there's a King, a dominant matriarch lion trapped and lulled asleep. He has had the passing of the four seasons as if it were the everyday greeting of the morning sun. Time has not been so kind, as the personality, character, nature, and attitude depicts a cub, but it's covering overshadows that of the King of beasts!

On the inside of this little, battered, and tender shell, lies the true life source of great potential energy, and a deluge of unlocked dominance and authority??!!! The face and image of the cub that's seen externally, is a mere image of the majestic matriarch lion that seeks freedom internally!!! This cub must be healed! It must be nurtured back to it's original state of wholeness! Somehow, the lion must be awakened in this cub, and turn this cubinto the ruler it was long made to become!??

A wounded cub only means a stifled adult lion. If this cub is not growing, it only means that the lion in this captured body of the wounded cub is malnourished and crippled. This king of beasts is a mere shadow of its potential. He is hurt and wounded and deprived of the life source necessary to become a fully grown healthy majestic ruler within the animal kingdom. Here, like this cub, we see man made in the image of God Almighty, full of the divine energy, birthed into the paradise of God's glory- God's very own son as shown in Luke 3:38. This divine nature that brought life to man's total being was his spirit; this was the perfect image of God.

However, when sin came as a result of disobedience, the spirit of man was then detached from his life source( The Holy Spirit), and the very first time in this fallen world, the soul of man that now governs him is also defected. He no longer rises to his full potential of dominance and mastery. Now limited in his ability to think and also to choose wisely, he is now a mere shell of himself. As in the case of the cub, stuck and impotent due to disease and injuries, this man, like the cub, has lying dormant within him his spirit that is divine and dominant, but is trapped and lifeless, now unable to mirror the image of a perfect, holy, and all powerful King.

The kingly ruler within him is unplugged from its power source. Man can only be the dominant King and release his full potentials from within by reconnecting himself to his Creator- He is able to operate in authority only as he is under such authority?!! If man is to allow his defected soul to be governed by his fleshly or sinful nature, he cannot rise to the status of a fully matured dominant ruler! He only becomes a mere shadow of what he could truly be- A fully healthy, whole, and majestic ruler?!! Let the lion of Judah be awakened in this shattered image which was once a portrait of the King of glory Himself. We must awaken the Lion in this cub!!!

In this theatrical suspense of real crisis, this book takes you into the depths and heart of the hurting soul in nine different aspects. Here, you will find that in many cases the tree of the human person that bears certain fruits in their behavior, is a by- product of the seed that was sown in the area of their soul. Seeds of molestation, rape and abuse tend to produce trees that bear fruits of rage, bitterness, rebellion, hate, jealousy and even murder. Those seeds of rejection oftentimes result in trees bearing fruits of distrust, inferiority, low self-esteem and inadequacy. These many issues can be a deteriorating factor in an individual’s life, and can be very destructive to society.
However, this book gives the basic foundations upon which one can build by first discovering the remedy for inner healing, then having the opportunity to build on a solid foundation for spiritual, mental, psychological, and emotional growth and development.

As a survivor of life’s uncanny allusions, and devastation that left him with years void of inner healing, Clairon has proven to be one that has truly triumphed, and having gleaned from the wisdom of God, is able to lead others out of situations in life where so many got stuck in their own personal growth and development. The child has morphed into the adult, but the adult is stuck at the place of developmental stage where the child got hurt. To turn away from the pain that we carry, is to ignore the open wound that must be nurtured. This many different insights from his very own life would bring about a better understanding to others as to why certain things happen or, in many cases, why they don’t.