Exploring a Woman's Right to Choose 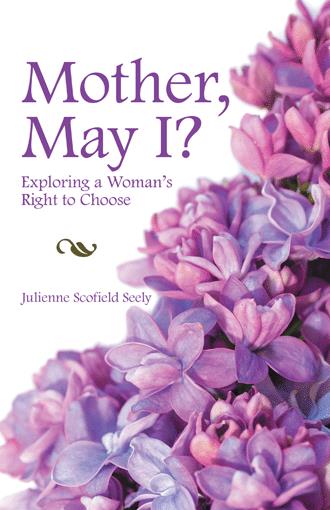 Carol made herself comfortable and then proceeded to share a brief history of her infatuation with Brent, her parents' disapproval, the decision to suddenly elope, the resistance from family and friends, the desertion, and finally the dilemma including her pregnancy. She was interrupted twice by Graham's happy check-ins. Betty appeared attentive and sympathetic but Carol couldn't discern her thoughts.

Her own reputation being one of her highest considerations at the moment, Carol concluded by saying, "So here I am, trying to decide how to face the future. I know some of my Christian friends are going to look down on me if I'm a single mother with a failed marriage. I guess it would serve me right because I used to look down on other women who got themselves mired in such a mess."

Having told her tale, Carol was surprised to discover that she was not on the verge of tears. For the first time since Brent's departure, she enjoyed a calm spirit as she recalled the series of hasty decisions and disastrous consequences surrounding her sham marriage and subsequent pregnancy. Perhaps it was so easy to share because Betty offered a listening ear without showing any sign of rejection or disapproval. She simply listened quietly and asked occasional questions to clarify her understanding.

Carol hoped that Betty would take her side, but worried, "Is it really possible for Betty to understand my feelings after having had such a wonderful husband herself? It sounds as though they were a real team, working and trusting God together." She pictured the couple, hands joined in prayer, and the image stopped Carol in her tracks.

"Yes, it is most likely that Betty and Oscar prayed together regularly. And yet I don't recall ever once praying with Brent. How could it be that I married a man who gave only the most shallow evidence of living a life of faith? When we went to church together, he was always restless, always offended if the sermon went five minutes past the supposed time limit. Why did I never see that clearly? Why have I never questioned it? What a mess!

"I really need to hear Betty's side of this. I sense that she is just the person I need to be talking to." So she dared to go further by questioning Betty.

"Betty, can you really understand what it's like to be betrayed? You had a wonderful husband so our circumstances are entirely different. I didn't have a soul mate like you. I had a miserable pretend husband who I detest for treating me this way. How would I ever be able to look at this child with anything but contempt, seeing that he would be 50% his worthless father?"

Betty was thoughtful, pausing awhile before responding. In fact, Carol began to wonder if she had even heard her and almost spoke again. Betty finally looked at her with kind eyes and her words were wise and soothing. "Dear girl, there is so much to say about that.

"Yes, Oscar was wonderful. But he wasn't perfect. And the Lord knows I'm not either! Graham took on both of us with his dear little presence. He knit us together as a family. Oscar and I both had to come out of our selfish corners and meet little Graham in the middle of the ring, so to speak. He brought out the best in both of us. Graham has had a lot of physical struggles and it was in dealing with them that we learned how to be a team.

"You say this baby came 50% from you and 50% from his dad. Well, you've got things turned around," came Betty's gentle voice. "When you look at this child, there will be no 50/50 to it. You will see 100% the image of the One who designed him. Each cell, each life-giving capillary, each eyelash and finger and wiggly toe--they were all knitted together as a special gift from the Author of Life. Your baby has been 100% fearfully and wonderfully made."

Carol's heart warmed as she considered her baby in this new light.

During the brief drive home, Carol knew she was being pulled in multiple directions. She could not honestly look into the future and see any good outcome for her or her child as a single mom. However, if she decided to carry the baby to term and place it for adoption, the cat would be out of the bag and her reputation destroyed.

She was fixated on how unfair the situation was because she stood alone to face any rotten consequences of abortion. On the other hand, everything she knew to be true about human life spoke of its sanctity and purpose. This child was in her body but was not her body. As Betty had said, an abortion isn't an amputation.

That night before going to bed, she recalled the "cost/benefits analysis" Susan had suggested. She mentally added a third column which enumerated the ways in which she and her baby could be blessed if she allowed him to live.

This account was written both for women facing a decision about abortion in a crisis pregnancy and for the people who love them. Are there facts to be known or are there only emotional and political aspects to a woman’s right to choose? How can one support a woman facing this difficult decision?

Issues of life and family are top priority for this mother of four, grandmother of twenty five, and now great-grandmother of four. Roe v. Wade was decided during her second pregnancy so she felt deeply connected to the issue. She has been gathering input for forty years from personal encounters, listening to both sides of the issue and watching the consequences unfold.