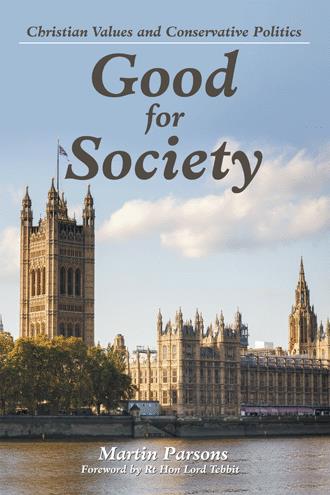 Introduction
All books have a story. This book began in 2005 when Elizabeth (now Baroness) Berridge, then Executive Director of the Conservative Christian Fellowship in the UK asked me to write a series of articles for the worldview section of Conservativism magazine on various broad political themes. The subsequent articles explored biblical perspectives on issues such as social justice, the environment, international development and so forth.
Both my own political involvement and the course of writing these articles focused my attention on a number of misapprehensions that Christians have about politics in general and about conservativism in particular. These can broadly be described as assuming that whilst Conservatives are generally closer to biblical ideals on ethical issues relating to the family and human life, the liberal-left are closer on issues related to social justice. This is often accompanied by a range of other assumptions, such as a tendency if not wholly towards pacifism, then certainly a lean in that direction and an assumption that it is somehow ‘wrong’ for businesses to make more than relatively small amounts of money. Yet the reality is that in all of these and many other areas, a great many Christians need to be gently challenged as to whether such assumptions owe more to liberal-left political thought than to Biblical thinking. Why for example, is it that so many Christians seem instinctively to assume that the command to love our neighbour must mean that they should always support greater government spending on welfare? They have perhaps never considered the fact that governments do not have money of their own, merely having the authority to require each of their neighbours to surrender a portion of their income in tax. It is perhaps stretching Jesus’ words somewhat, not to mention something of a ‘cop out’ to assume that he meant us to be generous with other people’s money, rather than our own! This book is therefore an attempt to explain conservativism in a manner that is meaningful to Christians.
In writing it, my aim has been to produce a book that would be accessible to the non-specialist, to an intelligent person who reads a quality newspaper, but has themselves no academic background either in Theology, History or Politics. For those who wish for further academic rigour, a number of topics are addressed in more detail in the endnotes. The book therefore seeks to bridge the traditional, though not always helpful, divide between academic writing and that which is accessible to a wider serious readership. Indeed, for academic research to be genuinely able to inform wider debates in society, it must bridge this gap one way or another. Another respect in which it looks to break new ground is that whereas much writing about Theology and politics begins from the perspective of Systematic Theology, I have found it more useful to explore Judaeo-Christian values from the discipline of Biblical Theology. I have done so both because Biblical Theology allows us more precisely to address some of the questions raised by History and Politics and because it is the Christian scriptures themselves, rather than simply systematic formulations of their teaching, that have been the most direct influence over the centuries on our values, institutions and culture.
However, all writing and research projects evolve and this is certainly no exception! In the course of writing it has developed in two important ways. First, it has become clear to me how much of our society that we take for granted has evolved as an expression of the values derived from the Judaeo-Christian worldview. These values developed over the centuries among what are now the English speaking peoples and can clearly be seen from Anglo Saxon times, though perhaps were most clearly expressed in the life of Alfred the Great. The great statements of English liberties such as the Magna Carta are based on these values, which they affirm as the ‘ancient rights of Englishmen’. These values inspired the great institutions of the English speaking peoples – the common law, parliament, the king being accountable to God and the law. The outworking of often explicitly Christian values through these institutions led to our historic national values such as freedom of religion, freedom of speech, equal treatment of all before the law and so forth.
Although no political philosophy can claim to be wholly Christian or even uniquely to express Christian values, I would suggest that conservativism is unique in the extent to which it parallels Christian values. The reason for this is not hard to find. Whereas socialism and liberalism have from their outset been overtly secular philosophies, that, at least in the case of socialism, subsequently received significant Christian influence which has ameliorated some of its worst aspects, conservatism is different. The essence of conservativism is ‘conserving the best of the past’ – and so much of the best of the past has been strongly influenced by the outworking of values derived from the Judaeo-Christian worldview. There are therefore not only enormously significant parallels between Christian and Conservative values, but also an underlying assumption that these values are ‘good for society’. Whilst Christians will hold these values as an outworking of their faith and believe that they represent the best ideals for society, Conservatives will hold similar values because time over many generations has shown them to work well and produce good results for society. For Conservatives such values are a trust they have received from previous generations and which they must in turn pass on. The form in which these values are expressed may change over time, but the values themselves are a trust to be passed on. That in a nutshell I would argue is the essence of conservativism.


This is a magnificent, detailed and authoritative examination of the relevance of Christian teaching to today’s Conservative Party. Even when you do not agree with a deduction you are still challenged.
Rt Hon Ann Widdecombe, former Conservative MP and Shadow Home Secretary


Dr Parsons brings together expertise in politics, careful biblical study, research in Islam and experience of life under the Taliban in Afghanistan. He mounts a powerful case for identifying Christian values and view of the world in the development of the laws, liberties and institutions of the English speaking peoples. He also identifies these values in the approaches of Conservative politics and politicians. These must be recovered in order to develop a narrative and values to address the threat of Islamism which seeks to impose sharia both subtly and violently. Liberal secularists who might disagree with Dr Parsons need to demonstrate a more convincing case than he presents on all fronts.
Canon Dr Chris Sugden, Oxford Centre for Religion and Public Life


Christians in many parts of the world, who are influenced by progressivism, reject Conservative values on social policy by default. They uncritically assume that big government, redistribution of wealth and other leftist policies are closer to the teaching of Scripture, while capitalism, wealth creation, individualism and other Conservative values represent greed, oppression and injustice. Dr Martin Parsons turns this myth on its head. Exploring the great philosophical and historical traditions of Conservatism and expounding the teaching of the Bible, he demonstrates that Conservatism is firmly rooted in the Judeo-Christian worldview. Dr Parsons has written the definitive book on Conservatism and Christianity. I wish this book were written years ago. It would have saved me from years of wandering in the desert of progressivism.
Rev. Dr Jules Gomes, theologian and political journalist

Dr Martin Parsons has been an aid worker, teacher and academic. As an aid worker in Afghanistan he and a Norwegian colleague were the first westerners to visit a remote mountainous region approximately a week’s walk from the end of the nearest road, which until then had been just a ‘blank’ area on the map. He subsequently began work on unscrambling the unwritten tribal language and set up an aid project to help the local people.
He has also held senior leadership roles in education both in the UK and overseas including having been Principal of an English Language Institute in Pakistan and a member of the NGO committee which functioned as the Afghan national education committee during the time when the Taliban were in power. After his return to the UK he became an examiner for A level Geography and part of the senior leadership team helping establish a new sixth form college which significantly improved educational attainment in a deprived UK coastal town; He later set up a new course in Research Ethics at a university.
Martin has also been a passionate advocate for persecuted Christians. While undertaking aid work in Afghanistan and Pakistan he was involved in helping local Christians including during the Taliban era when Afghan Christians were being severely persecuted. He has also been head of research at the international headquarters of an aid agency supporting Christian victims of persecution around the world and a faculty member of the Oxford Centre for Religion and Public Life.
Martin has degrees in both Geography and Theology, a PhD in Islam and Christian-Muslim Relations and is a fellow of the Royal Geographical Society. He has written extensively for a number of political publications including the UK Conservative Christian Fellowship’s Conservativism magazine, The Difference, Conservative Way Forward, Brexit Central and has written regularly for ConservativeHome with a particular focus on both the challenge of radical Islam to the UK’s historic national identity and values and on international relations. He has also been actively involved in politics himself as a local councillor. This is his second major book.