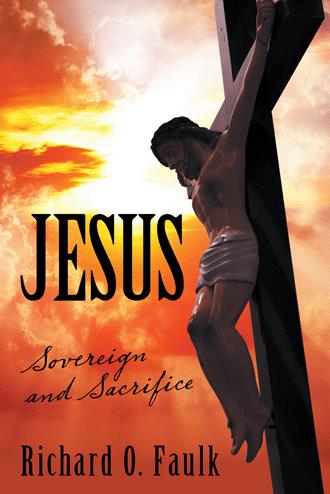 Who was Jesus? The Bible says He was the “Son of God” and “Son of Man” -- but what do those terms mean? The Bible also says he was a person – a real human being, not a myth, legend or fabrication. He was a human child who was born, breathed, and nursed. Like most of us, he matured within his family in a community – where he worshiped, learned a useful trade, and worked to support himself. In his life, Jesus lived and breathed, ate and drank, and had family, friends, and enemies – just like us – but that tells us very little about what He was like as a person.

Some people may believe that Jesus knew that He was the “Son of God” from birth. Did He know his vision and mission from the beginning? Others may believe that he was blessed with extraordinary faith and gifted with insight that enabled him to perceive those things, trust God, and persevere. In the final analysis, these disputes aren’t important here. The scriptures teach that “faith is the substance of things hoped for, the evidence of things not seen.” (Hebrews 11:1).[1] Accordingly, in the final analysis, absolute knowledge and unshakable faith are the same thing insofar as our salvation is concerned.

How could Jesus – as a first century Jew – have made that decision? How could He trust God and deliberately submit to shame, humiliation, torture and death? Before you say, “That’s easy – He was the Son of God,” remember that Adam was also “the son of God” – and he failed. (Luke 3:38). Like Adam, Jesus was human, like all of us. He was tempted to give up hope, and he worried, suffered anxiety, and feared death just like we do.

We should remember His words to the disciples and His agonized prayer in the Garden of Gethsemane – shortly before He was arrested. He said to them, “My soul is exceedingly sorrowful, even to death. Stay here and watch with Me.” He went farther and fell on His face, and prayed, saying “O My Father, if it is possible, let this cup pass from Me; nevertheless, not as I will, but as you will.” (Mathew 26:38-39) Ultimately, we must recall His anguished cry from the cross: “My God, my God! Why have you forsaken me?” (Mathew 27:45).

Despite His human weaknesses, Jesus persevered because He knew and believed His Father’s promises and trusted that they would be fulfilled – even after His death. Since then, billions – perhaps even trillions of Christians have trusted those same promises and followed Jesus’ example by submitting to God’s will in life and death.

So, I ask once again, what did Jesus believe and know that gave Him the confidence to die willingly on the cross? Understanding the answer begins with an appreciation that Jesus was, like all of us, a “child of his times” – and that His times were, like the world before World War II, headed directly into an unavoidable catastrophe.


[1] All scriptures cited in this book are from the New King James Translation of the Bible, available at https://www.biblestudytools.com/nkjv/ See also The New Geneva Study Bible.

Although Richard Faulk is widely published in legal circles, this is his first book regarding Christianity. Jesus Sovereign and Sacrifice addresses the Passion of Jesus Christ and concentrates on his decision to submit to crucifixion and death to secure salvation and eternal life for all those who accept his redeeming sacrifice.

Richard Faulk is a native Texan who has practiced law for over forty years in Dallas, Houston and Washington, D.C. He has written and taught numerous Adult Christian Education courses at churches in Texas and Virginia. He and his wife, recently moved to Ohio with their trio of labrador retrievers. He plans to continue his studies, lessons and teachings on Christianity.