Antichrists and the Apocalypse 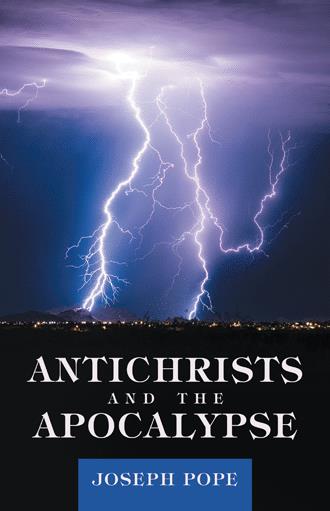 “ Before launching into these seven ‘bowl’ judgments, I feel led to explain a possible rational for God’s anger. A few years ago a famous female actress spoke on TV on behalf of a charity that benefits victims of various catastrophes. She seemed to blame God for allowing these catastrophes (earthquakes, floods, diseases, famines, poverty, etc.). It sounded well reasoned, on the surface. But, the God of the Bible does not want suffering, but, healing, blessings, peace and harmony. It is man that has opened the door for suffering. Let me explain. Blessings and curses can be found throughout the Bible. It was mankind who CHOSE to openly sin and bring upon him/her self all the curses that God said would result. It started from the very beginning. “ And the Lord God commanded the man, saying, “ of every tree of the garden you many freely eat; but of the tree of the knowledge of good and evil you shall not eat, for in the day that you shall eat of it you shall surely die.” When both Adam and Eve sinned, Father God said “ Because you have heeded the voice of your wife, and have eaten from the tree of which I commanded you, saying, ‘You shall not eat of it’: CURSED is the ground for your sake’ Gen 2:16,17, 3:17. Later, Father God exhaustively explained the laws of Blessings and Curses in Deuteronomy chapter 28. In Deut 30:19,20 He pleaded with His creation/chosen people, “I call heaven and earth as witnesses today against you, that I have set before you life and death, blessing and cursing; therefore CHOOSE LIFE, that both you and your descendants may live; that you may love the Lord your God, that you may obey His voice, and that you many cling to Him, for He is your life and the length of your days; and that you may dwell in the land which the lord swore to your fathers, to Abraham, Isaac, and Jacob, to give them.”

Do you see it? His discipline is aimed at the people who sinned, thus bringing curses/consequences into their lives. Reaping and sowing are spiritual laws. It is one of the many laws that govern our existence. After thousands of years of longsuffering, sending prophets, the Messiah, and the lengthy Church Age, Father God now decides to purge and eliminate the CAUSE of suffering and curses. He even granted 2,000 years of forewarning by giving the apostle John the great prophetic vision of Revelation. Brethren, even God has a limit when it comes to deliberate rebellion (Gen 6:3). Listen, its His cosmos/creation. He can, and will, do as HE SEE’S FIT. The people who CHOOSE to love and obey Him will enjoy another ‘garden of Eden’. People who despise authority, and God specifically, describe Him as a ‘tyrant’. But, no tyrant would say the following; “ As I live says the Lord God, I have no pleasure in the death of the wicked, but that the wicked turn from his way and live. Turn, turn from your evil ways! For why should you die, O house of Israel?” Eze 33:11. Father God’s compassion is on display throughout the Bible. Two particular old testament scriptures reveal His compassion and mercy; 2 Chronicles 36:15,16, and Ps 78:38,39. Please look them up and read them. In the New Testament; “But God demonstrates His own love toward us, in that while we were still sinners, Christ died for us. Much more then, having now been justified by His blood, we shall be saved from wrath through Him. For if, when we were enemies we were reconciled to God through the death of His Son, and much more, having been reconciled, we shall be saved by His life.” Rom 5:8—10. WHAT ELSE COULD HE DO!

Prophetically, it’s closing time. Pandemonium has broken out on every continent. Economic collapse, war, famine and pestilence has taken over the world. But, it was all foretold in the Book of Revelation. Rogue nations seek to take advantage of the chaos. There is a leadership vacuum. Suddenly, there appears a solitary figure who has a track record for governance and management. He is known for his compassion and charisma. He is also known for electrifying speeches. Apparently, he is God’s man for the hour! But, what does the Bible say?

Joseph Pope has spent his life working in the Mental Health profession. He has been a life long student of the Bible since being saved at the age of 21. He is a prophesy enthusiast, and has pursued spiritual growth for over 40 years. He has taught Sunday School off and on for the last 20 years. He is now semi-retired. He is married, and the father of three sons. He considers himself a Christian Conservative. Like all Christians, he is appalled at the decline of American culture. Mr. Pope seeks to be a ‘wake up call’ for casual Americans who; “know not what they do”.