Restoration and the Way Back Home 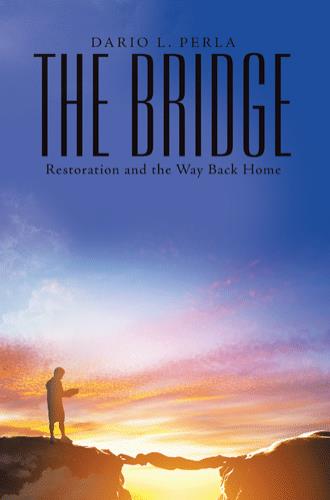 THE FRONT LINE IN THE SPIRITUAL WAR


Many times in my Christian life I have uttered this prayer; “God, I want to be a warrior in your Kingdom. I want to be on your ‘special ops’ team. I want to be on the front line of this war with evil! Please make me that man!” Now I know this prayer sounds like a noble prayer, one that might even get me a lead role in a movie like ‘Braveheart’ or ‘Gladiator’. But what I failed to realize is that both leading men in those movies died! And in my ignorance I had no idea that to become a ‘special ops warrior’ on the front lines of the war between God and Satan’s evil force, I would have to die! I’ve been told, “Be careful what you pray for because you just might get it!” I just could never have imagined this prayer being answered in the way that it was.

The principle at work here is this: ‘the way up in God’s Kingdom is down’! In order to be promoted you must be broken, and to reign you must die! And death it was! That is why I experienced the brokenness which eventually led to the death of my self-life. I was having my prayer answered and receiving the desires of my heart. I was being promoted to the front line! It just felt backwards and upside down. It was unnatural for my flesh to understand how the Kingdom of God works. Everything with God is opposite from the world. That is why God tells us not to love the world (1st John 2:15-17). The world is deceiving and its path is one that leads to death. The world tells us that living and experiencing true life is possible without God. The world tells us that we can do it on our own, make it on our own and survive on our own. It tells us we can be what we want and do what we want all apart from God and still survive. But that’s just it; survive not thrive!

Fighting on the front lines is about resting. It is about thriving and living life in an abundant way. For those who are in Christ, we can come to the conclusion that operating in the flesh (self-willed, self-determined life) is an exhausting process which eventually destroys every area of life. The good news is that God can take our ruins and rebuild our lives through brokenness. And when He does, Christ as our life will begin to restore all that we have lost. His restoration causes us to lie down in green pastures like trees planted near streams of water. When you’ve entered that rest you are able to hand the reigns of life over to God and watch as He directs your life to the best possible one you can have. That is the mystery of brokenness. When you’re broken you are finally ready to fight on the front line, but that’s when you realize it’s God doing the fighting for you!

I could never have imagined that fighting on the front line and resting would be so intricately connected. What I’ve learned is when we work God rests, and when we rest God works! God wants to do for us. He loves us! His way is always better! He knows we can’t fight the giants in our life on our own. David needed to invoke the Spirit of God to defeat Goliath. (1st Samuel 17:45) “David said to the Philistine, “You come against me with sword and spear and javelin, but I come against you in the name of the Lord Almighty…”” David ended up slaying the nine foot tall giant Goliath because he had God fighting for him. David was a rutty little red headed boy probably half Goliath’s height and a fraction of his weight. David was at rest in his relationship with God and was so confident in his God to have his back that all he needed to do was call on the name of God, rest and victory was assured. David had learned how to fight on the front line.

I was not prepared to discover the type of people I would find on the front line. The people there are at rest. They are not the proud. They are not self-reliant. These frontline soldiers are surrendered! They have surrendered their hearts to God. They are the broken. They are the meek, the humble and the peacemakers. They are seated at the right hand of the father, joint heirs with Christ. They have no life of their own but the life of Christ in them because of the cross. They have crossed the bridge from ‘doing for self’ to ‘being in Christ’. They are the true children at rest and fighting soldiers of God!

Thank you God (Romans 8:15) for the indescribable gift of brokenness! I now know that ‘brokenness is the bridge’ and the bridge is Christ himself! I cannot wait to see what next year brings, I know the journey has just begun!

The Bridge is filled with emotion and allows the reader to ride along and experience it all. It is an amazing journey from the darkest recesses of the wasteland to the brilliance of the garden—humanity’s original paradise abode. It is also an internal journey of the soul that leads to the freedom that is promised to those who persevere. Its lessons are forever life changing to the one ready to receive. It will challenge the reader to the very core and call them to the abundant life promised by the One who loves us all!

The author has lived the words in this book. He has a compelling life changing story to share and has communicated his blood, sweat and tears on paper. He writes in a way that is both intimately personal yet universal in scope. Beautifully sensible and engaging the author connects with the reader by putting them in the passenger seat. His wit, humor and honesty are refreshing. His insights are revelatory and cut through the veil and noise of this world to reveal uncompromising truth. His readers will be intrigued and transformed as they experience the journey across the Bridge.