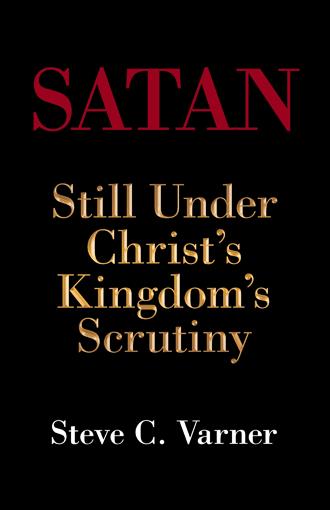 54The bodies we now have are weak and can die. But they will be changed into bodies that are eternal. Then the Scriptures will come true,

“Death has lost the battle!

55Where is its victory?

Where is its sting?”

I always wished that someone would provide me with information that I personally perceived as valuable, and that would help me understand why we have so much chaos in the world. There are a lot of us who would like to understand how to be assured that we are saved. By trying different church congregations and denominations, I found that there are too many man-made creeds and traditions which are not in agreement with the Holy Scriptures. I lost trust in all these so-called religions.

I finally realized through reading that there is one thing definite: I could trust God’s Word and His Word only. When God divinely inspired the writers, there was a sound doctrine established which all of them verified in one accord. The principles presented in each book of the Bible provide all the evidence we need to understand God’s plan for us.

Now that we have access to the original Aramaic Syriac Peshitta, Greek and Hebrew manuscripts and so many discovered documents it is evident the principles for Salvation handed down by divine inspiration were compiled as an all-inclusive plan, and not picked and chosen at someone’s discretion. God told us that as time goes on, our knowledge will increase.

This writing is not intended to be taken solely upon its merit without referencing as many versions of the Holy Bible, Greek lexicons, and concordances as possible while you study. We have been instructed “to seek out our own salvation with fear and trembling.” I chose the King James version of the Old and New Testament texts available to public domain however I always like to compare Scriptures to the Aramaic Syriac Peshitta which would have been the language Jesus spoke, most likely with Hebrew as well. Since our God is the one who divided the languages I am sure he would know all translations.

I hope this becomes a trustworthy guide to seeking the truth!

There once was a spirit being just as real as us who was told by God Himself that he was the seed of perfection, full of wisdom and perfect in beauty; that he was blameless in his ways from the day he was created; a being who was actually on the Holy Mountain of God, our Creator’s mountain; one who walked in the midst of the stones of fire, a cherubim angel!

This angelic being wanted to rebel, and exaltation was his goal, desiring to be like God. He acquired the names of Lucifer, our relentless opponent, malignant diablo, the slanderer of God’s own elect. He became the “prince of this world” and implemented the character of the sin-nature of mankind. He is still called the “god of this age,” with his own kingdom, his own throne, and with the power to betray and terrorize. If I am to believe God’s Word, I must believe it is a true story. I do believe God’s Word as the Truth. The Holy Spirit he gives all Christians is the “Spirit of Truth.”

This powerful being keeps in bondage all who are lost and have been rejected from Heaven, yet he himself has been allowed to return and visit Heaven! He was bound, yet set free for a short time. He is angry because he was cast down from Heaven like a lightning bolt, and he knows his destiny is Sheol, under an everlasting curse with all his demonic angels following him.

Knowing his eternal destination will be the Lake of Fire, he entered the heart of Judas to betray the Son of God. The Son of God, Christ Jesus, who implemented the Law of Grace and did away with the law of the Old Testament, is the one who provided the way of salvation for all of mankind, the blood atonement for sin.

The power that Satan once had over death was taken away in the resurrection of the Christ from the dead. That power is no longer a victory for him, and no longer has a sting for those who have committed their lives to Christ. Because Jesus is the first born from the dead, you and I can also be resurrected unto life, not damnation, when Christ comes again.

If we do not have the strength or will to resist Satan, he will enter us and dwell, our fate thus becoming humans of disobedience. Through the lust of the flesh, the lust of the eyes, and the pride of life, Satan continues to propagate betrayal and will do so until the Second Coming of the Messiah. Since Satan is condemned, his goal is to take the world with him. He is the mastermind of terrorism!

This book is about what happens when an angel falls from grace. It is “Satan’s Final Attempt to Show Off His Power of Betrayal and Terrorism.” You can verify all I propose with your Bible (I Peter 5:8, James 4:7).

Satan is still under the scrutiny of all of those who are in God’s Kingdom, the Kingdom of Christ.

The book Satan: Still Under Christ’s Kingdom’s Scrutiny is all about stepping on Satan’s toes. This book describes who Satan is, why he attempted to exalt himself to be like God, and why he is the one who has received the sting of rebuke by the death, burial, and resurrection of Jesus Christ. The writer’s goal is to teach and admonish us and our children how to hate sin, abhor that which is evil, and encourage us to fulfill our responsibilities to reconcile others back to God.

He is reaching out to the oppressed in all countries with the message of the Gospel as he works overseas 7 months each year. Since there are sometimes as many as 13 different nationalities in those work environments, it is his goal to have this work translated in as many languages as possible. He is not formally educated in Biblical theology, nor is he a fulltime pulpit preacher. His outreach is in Bible basics instruction. He does not believe in man-made creeds, only the Word of truth as presented in the Holy Scriptures. This writing is intended to condemn the unfruitful works of darkness and get God’s plan of salvation into the hands of those who may never open a Bible. Ephesians 5:11