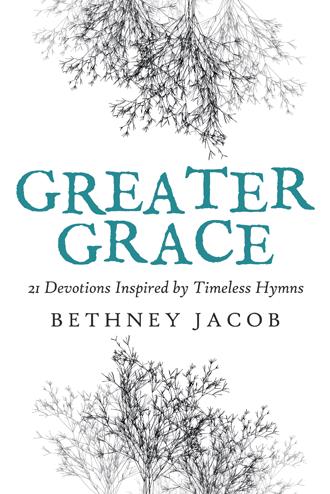 The account of Gideon in Judges chapters 6-8 is one of the countless times God used one willing person to rescue His people and bring glory to Himself. The Israelites had (once again) turned away from the Lord, and as a result, God allowed the Midianites to strip Israel of everything. (Judges 6:1-6) We meet Gideon threshing wheat at the bottom of a winepress in hope that he will not be discovered by the Midianites. The angel of the Lord greets him saying “Mighty hero, the Lord is with you!” (Judges 6:12 NLT) Gideon is neither mighty nor heroic, but God calls out His purpose for Gideon before it is accomplished. God knows that He has designed Gideon for greatness, even though by human standards, he is unimportant and uncertain of himself. Gideon is from the weakest clan and is the “least” in his family. (Judges 6:15) His faith is small- he asks the Lord for three signs as proof of God’s identity and ability before he is ready to go to battle. However, Gideon fears God. When he realizes he has seen an angel of the Lord, he cries out: “Oh, Sovereign Lord, I’m doomed! I have seen the angel of the Lord face to face!” (Judges 6:22 NLT) He immediately obeys when the Lord tells him to destroy the altar and idol in his father’s house and build an altar to the one true God. Gideon recognizes the holiness and majesty of God; he regards Him with the honor and reverence He deserves.

God uses an ordinary and rather unimpressive man, a very unconventional battle strategy (Judges 7:15-22), and ridiculously unfavorable odds (Israel’s army was outnumbered at least 450:1- see Judges 8:10) to rescue Israel and remind His people who is truly God. Gideon’s story beautifully demonstrates the words of Paul in 1 Corinthians 1:24-29:

“But to those called by God to salvation, both Jews and Gentiles, Christ is the power of God and the wisdom of God. This foolish plan of God is wiser than the wisest of human plans, and God’s weakness is stronger than the greatest of human strength. Remember, dear brothers and sisters, that few of you were wise in the world’s eyes or powerful or wealthy when God called you. Instead…He chose things that are powerless to shame those who are powerful…As a result, no one can ever boast in the presence of God.” (NLT, emphasis mine)

Perhaps we know intellectually that God does not work within the bounds of what is reasonable and natural, but for most of us it is difficult to truly stand “in the power of Christ.” It is Christ’s power that has saved us from our sins and given us hope of eternal life, but we have been saved for so much more than just entrance into Heaven. God is calling each of us into a divine purpose that transcends our perceived talents and abilities. Our purpose is not determined by our IQ, family, culture, charisma, education, wealth, status, or athleticism. It is determined only by our answer to His call.

Reflection: Where does your confidence lie? Has God asked you to do something that seems impossible or unreasonable to you? Just as God made a way for our salvation through Jesus Christ- we could not save ourselves; it is His supernatural power and wisdom that will accomplish His will in us. God is not calling us to muster up the strength and resources to carry out His purpose for our lives; in fact, He delights in using us in the most unexpected and unnatural ways. God is asking you to “Go with the strength you have.” (Judges 6:14 NLT) As feeble as that strength may be, if you are willing to put your confidence in the Lord, you will find success: “I [the Lord] will be with you. And you will destroy the Midianites as if you were fighting against one man.” (Judges 6:16 NLT)

Hymns unravel praises unto God through beautiful lyrics of adoration and prayer. They declare biblical truths and promises, have the power to uplift us despite life’s trials, and encourage us to delight in His wonderful grace.

The grace of God is intertwined throughout Scripture, reminding us daily of our Heavenly Father’s abounding love for us through the sacrifice of His Son. Though we are wretched, He desires an authentic relationship with us, and invites us daily to walk and commune with Him.

Encounter twenty-one thought provoking devotions that are inspired by timeless hymns, and walk through corresponding Scriptures expounding and reflecting on this marvelous grace He so freely gives.

Bethney Jacob is an emerging author, worship leader, and stay at home mom. She loves to to empower people along their journey of spiritual growth through music and the written word. Greater Grace is her first book.