Book #2 in the Indiana Romance Series 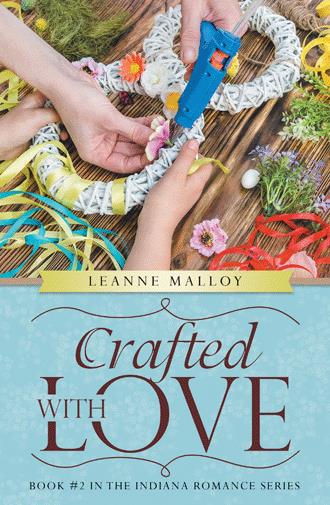 "What a beautiful day for a dog walk and a picnic," Kristen said, as she sat back with Bernie laying a protective paw over her leg. "I haven't felt this relaxed in a while."

"Why can't you relax, Kristen?" Sophie asked, scrunching her face. "Do you worry a lot? My daddy says to trust in God, and things always work out."

"Your daddy's smart, isn't he?" Kristen replied. "I don't worry too much, though lately I've been thinking about my mom. My dad died in January, and my mom just moved to Arizona. I'm not sure if she should have, but we'll see. My sister lives near her, so that's a good thing."

Sophie patted Kristen's arm and snuck in a stroke to Bernie's back. "You and your mommy will be in my prayers, Kristen. It will be okay."

Mike noticed Kristen's teary gaze as she smiled at Sophie. Kristen had more going on in her carefree single life than he'd assumed. Her kindness to Sophie and devotion to her family were touching. He found himself wanting to know her better but doubted she'd be responsive to his interest. It was time to say something, but his usual clinical expertise had left the grounds.

"I'm sorry about your father, Kristen," he said. "That kind of grief is tough; maybe your mom thinks she can escape it with a change of scene."

"Exactly right, Mike," Kristen said, clearly in control of her emotions now. "I appreciate your sympathy. Every time I think I've got a handle on my sadness, a client or student will talk about their own losses, and I feel like I haven't made any progress at all."

"Time is the best tincture, as the old docs used to say. Sounds trite, but there's truth there. Six months is no time when you're dealing with the loss of someone dear to you."

Kristen smiled gratefully, arching her brow. "You're very psychologically minded, Dr. Sutliff," she said. "Your patients probably benefit from your combination of empathy and kindness. This is in direct opposition to what I previously thought of your clinical skills."

Mike laughed. "Don't go getting all mushy on me, Kristen. My reputation, as Annie has probably told you, is one of grizzly bear toughness, not touchy-feely sweetness."

"No, you've given yourself away. You may be tough on students, but my sense is you're very empathetic with your patients."

"Hold on," Mike countered. "What did you think was wrong with my clinical skills? Where did that come from?"

"I should confess," Kristen said. "I'm the Dr. Anderson who left you a message about the antidepressant switch for one of your patients. You gave me quite a scolding in your return message."

Mike wondered how to communicate with this intriguing woman. He was careful with his response. "I do remember your call now. I was at the end of a twelve-hour stint, and I'd just seen the patient in question. He'd already told me about his side effects and your concerns. Mentally, I was done. Sorry if I was overbearing."

"Oh, you were definitely overbearing. There are many other words I'd use to describe your manner, but we're in the presence of a tender six-year-old."

"What-EVER," Sophie said. "This is so boring. Can I throw the ball to Bernie while you guys talk? I'll stay right by the tree with red buds, so you can see me. And I'll yell loud if anyone bugs me."

"Fine," Mike said. "But watch your attitude, young lady. It's rude to announce you're bored."

Sophie smiled and kissed her father's cheek as she and Bernie headed to the tree.

"As you can see, I've got an iron discipline thing going on with her," Mike said, with a sheepish half-smile. 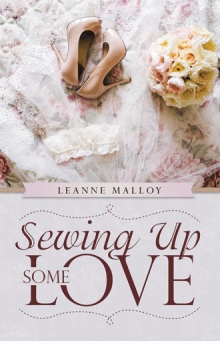 Sewing Up Some Love
Leanne Malloy
$13.95

Juggling the people in her life is psychologist Kristen Anderson’s new skill. An irate student threatens her teaching job, her best friend wants Kristen to cover her caseload during her maternity leave, and the new local doctor has her in his sights as the ideal nanny for his six-year-old daughter. His interest alternates between romance and an unrealistic search for the perfect woman. Kristen has no time for such games, despite his devastating blue eyes and smoldering dark looks. If she’s not careful, she’ll drop all the balls, and her life will come crashing down.

Single dad Mike Sutliff is also juggling. His new position as a hospital physician in tiny Gordon, Indiana, tests his skills and his temper. His daughter, Sophie, bounces between her mother and stepfather in Indianapolis and Mike’s home in Gordon. Kristen seems to be the only adult around able to handle Sophie’s behavior. But is Kristen the Proverbs woman Mike is determined to find? He can’t afford another mistake; his second-chance marriage has to be perfect!

Leanne Malloy enjoyed her twenty-five-year career as a psychologist. She worked hard to help her patients and students, while writing countless chart notes, reports, and college lectures. A firm belief in God’s love and provision guides her, though she will admit life sometimes brings challenges only God can understand. Leanne and her husband live in Indiana and enjoy visiting their daughter as often as possible. A homebody at heart, her life is full as long as there is time for reading, crafting, travel, and being with family and friends.