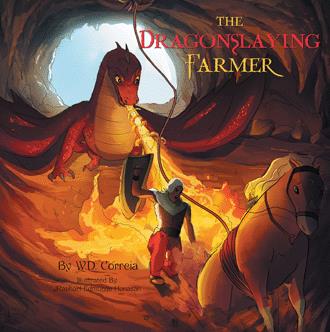 Frederick pondered about what the knight told him. He remembered seeing the princess in a royal procession when he went into the city to sell his crops. He grieved for the King and Queen for losing their child.

He glanced at the armor on his kitchen table. Only knights have been called to rescue the princess and the punishment for impersonating a knight was death. He wasn’t trained for battle, but he had fought off wild beasts attacking his father’s flocks when he was a child. His years of farm labor made him strong and able to withstand hardship better than most men - even knights. Therefore, he decided to put on the armor and ride his plow horse named Tommy.

In a faraway kingdom, an evil dragon kidnapped the princess, Mirella. Many tried to rescue her but failed. However, a young farmer, impersonating as a knight, decided to rescue her, even if it meant losing his life.

W.D. Correia is happily married and has one daughter. She continually asks for bedtime stories, which gave the author the idea to create his own, inventing myths to expound eternal truths. His daughter loved them so much that she said he should make them into real books.