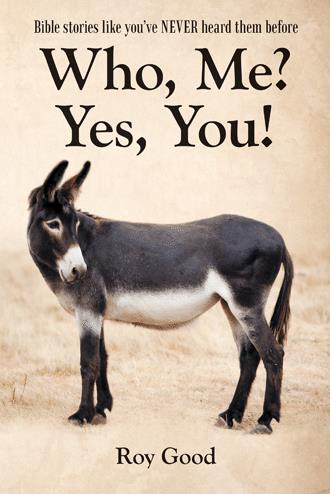 "My Lord and My God"

My name is Thomas. I was one of Jesus' twelve disciples. You probably know me better as "Doubting Thomas." But that's not a totally accurate description. I was probably more of a "pessimist" than a "doubter." When there was a rose bush, I saw the thorns. I tended to see the dark side, always expected the worst.

For instance, when we had heard that Lazarus had died, Jesus expressed His intent to go the Bethany to minister to the grieving family. The other disciples tried to stop Him, knowing that the Jews were lying in wait for His life.

My reply: "Let us go that we may die with Him." Like my friend Peter often did, I spoke before I thought. I wasn't really ready to die with Him, or for Him. It just seemed like the thing to say at the moment.

One thing about us pessimists is that things are going to get worse before they get better. Our motto is" It's no use worrying; nothing's going to work out right."

The Lord's trip to Bethany seemed to bear this out. He did go to Bethany, then on to Jerusalem. And sure enough, He was arrested, tried on some made-up charges, condemned as a trouble maker, and crucified. Until you have witnessed a crucifixion, you can't imagine the horror of such a slow and agonizing death

The events called Passion Week were very traumatic to His followers. The intense suffering to which He was subjected was so horrible that death seemed to be a welcome relief - for Him. But the effect on us disciples was devastating

You see, we were sure that He was the promised Redeemer.

That He was going to free His people from Roman tyranny.

But instead of conquering the Romans, it seemed that the Romans had conquered Him.

Now He was dead.

The dream was shattered.

And we were left without a leader.

People deal with such trauma in different ways. Ten of the disciples went into seclusion together to work out their grief, while I chose to go off alone. I needed to be by myself for a while to try to sort things out.

This explains why I was not with the others that Sunday evening when Jesus suddenly appeared to them through locked doors. But the next time I saw them they were all excited. "We have seen the Lord." they said. "He is alive!"

"Oh sure, He's alive," I said in a voice that was heavy with sarcasm. "This is too much. Unless I can put my finger into the nail prints in His hands, and stick my hand into the wound in His side, there is no way I can believe such a tale. No way!"

Call me a doubter, a pessimist if you must. The others didn't believe until they had seen. Neither could I.

Call me a doubter, a pessimist if you must. I could not base my faith on another's experience.

Call me a doubter, a pessimist if you must, but the Divine Record shows that I was the first disciple after the resurrection to openly, and with conviction declare His Lordship."

The following Sunday evening, the disciples were together again in the same upper room. They met secretly because of the Jews. This time I was with them. We were discussing the events of the last ten days, and I was trying to fit the pieces of the puzzle together, trying to make some sense of all that I had seen and heard. I desperately want to believe that the tomb was empty because He had risen, not because the body had been stolen.

"It's true," Peter was saying. "I saw Him. I talked with Him." Several others were saying similar things. I listened to their testimonies and arguments.

I heard the women tell of their early morning mission at the tomb with anointing spices, but of finding it empty, and of angels telling them, "He is risen. He is not here."

John told of running an early morning foot race to the grave with Peter, but finding it empty.

I desperately want to believe, but belief seemed to elude me. Instead of words of faith coming from my mouth, I heard myself repeating my earlier statment. "Unless I can see Him myself, unless I can put my finger into the nail prints, unless I can put my hand into the wound in His side, There is just no way I can believe.

And suddenly, there He was. He just appeared, as it were, out of thin air. Even John jumped back at this sudden presence.

Jesus, seeing the fear on our faces, said, "Peace be to you."

Then He turned toward me. In a split second, I saw in His face infinite love in spite of my doubts. I saw that He understood the deep turmoil my soul had been in for the last ten days. He held out His open hands for my inspection.

"Thomas," He said, "You want proof? Here it is. Put your finger into the nail prints. Here is the wound in my side. Examine it. Don't be a doubting Thomas, be a believing Thomas."

I glanced only briefly at the marks of suffering. Suddenly I realized that I no longer needed the proofs I had demanded. I had seen His face, and that was far better. He had given me more that I asked for.

My doubts had fled.

With a heart overflowing with the joy of relief and release, I fell at His feet and declared, "My Lord, and my God."

You have heard these stories over and over again. But - since we know the stories so well, it may be hard for us to really put ourselves in the shoes of the story teller. For instance, what thoughts raced through Joseph’s mind when he was hustled out of prison early one morning? Certainly not that he was about to become Pharoah’s right-hand man.While these characters tell their stories as they may have happened in their time (with some hopefully sanctified imagination added) they are able to jump across the centuries to tell them to us in our time and setting. So they may quote a song that is found in one of our hymn books. Or we will hear Jonah tell his listeners to “Fasten your seatbelts, we’re going for a ride.”

These are real stories of real people (and a few animals) who faced real dilemmas and real temptations. Sometimes they make wrong choices. But God is able to show His strength in our weakness. To turn our sorrow into joy. He can accomplish His purposes in spite of our failures.

May God use these stories for our encouragement. Hebrews 12:1.2.

Roy has served as a pastor, bus and truck driver, and a creator of beautiful wooden writing pens. He has a quick wit and a ready smile, but he can comfort a family who has lost a loved one... or as he says “graduated.” He enjoys riding his three-wheeled motor cycle while his wife of sixty years, Kathy, crochets on the back. They are parents of four children, plus nine grandchildren and nine great grand children.

Roy sees things that others do not see, and creatively shares his insights with others.