Beyond Suffering to Restoration 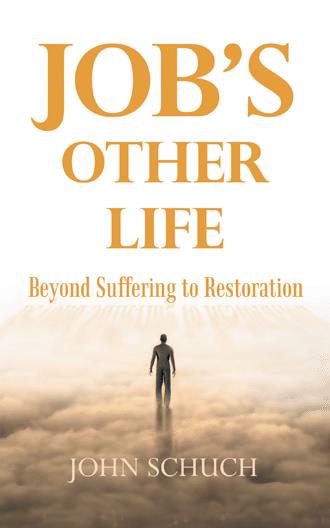 It is no different today. Many believers have all sorts of attacks and problems, but never hear what God is saying. Like Job, they focus on the attacks and they talk the problem without hearing what God wants to say to them. In their prayers, they speak the problem and tell God all about it. Instead of praying, “Lord you know what I am facing now, what do you want to say to me Holy Spirit, I know you can impart to me the revelation that I need, so I come to listen and learn from you.”

Job’s three friends never pointed Job in that direction. They were not hearing from the Lord, so how could they tell Job to receive God’s revelation? During those attacks, Job was not receiving God’s revelation. Therefore, he had no knowledge into his problem. Like Job, many people want to see their problem solved, but they do not have ears to hear what God is saying. They want an answer, but neglect in receiving revelation. In any situation, the first thing we need to pray and seek is what God says about it. Many believers pray asking God to do something and then they say, “If it be your will.” The only way any believer can know the will of God is through His Word and that word becoming revelation to us. It is not our pleading and crying out that brings the answers but what God is saying. Once we know what God is saying, then we can pray in faith.

From his experience, Job learned that counsel from his friends without God’s Word was vain. His own opinions failed him. Pleading with God brought no answer. It was amazing how long that went on in Job’s life with his eyes cast on himself and pleading with God to hear him. It wasn’t that God didn’t hear him, but God wanted Job to hear from Him.

Say the name Job and our first thought is suffering. But is there more? The trials, hurt, and betrayals (bad counsel) seem to consume us, remaining utmost in our minds and memories. Thankfully, there is so much more drawing us to hope, faith, and God’s overwhelming care in all situations. Job did suffer, but his response to his God brought restoration and genuine healing.

While feeling the call to the ministry in college, the Lord laid on John’s heart the borders of Scotland and England and a commitment to this vision was born. Upon graduation, a pastorate in rural Maryland for six years encouraged him and blessed his calling. In 1968, the time was confirmed to begin the next twenty-six years of fulfillment, Grace and joy for him, his wife and their children. Arriving in Berwick-upon-Tweed, England they had an open house ministry known as Maranatha House. as well as ministry in Yetholm,Scotland. Following this, he pastored a 200 year old church , Bathesda Free Church and established a new work called Sharon Christian Fellowship in South Shield, England.

Upon returning to America, while both speaking and helping start a church, he has ministered in Frederick County (MD) Detention Center for twelve years, ten of them as Chaplain. He writes and visits those who go on to longer sentences in state and federal institutions.