A Journey Through Torah

An Introduction to God's Life Instructions for His Children 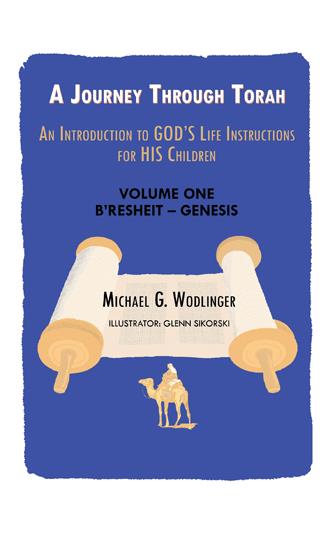 PARASHAH 1: B’RESHEIT
(IN THE BEGINNING) CHAPTERS 1:1–6:8
Creation
Although it might be tempting to call the first part of the Book of Genesis primeval history, since it shares with us the beginning of everything, in reality these first few chapters have been called “man’s mission in the universe.” Here, in the first two chapters, we read of the creation of the universe, the world and of all life on the earth, including human beings. We learn, from Chapter One, God created the world in six days and, on the seventh day, He rested. This is how we come to have a Sabbath, the seventh day of rest. Did God really create the world in six days? I know, this is new and probably strange to you and I don’t want to confuse you with a lot of theology or arguments that support the understanding of creation. You’ve read and been told the earth has been around for millions of years. Let’s just say that God created the earth in a time period that we understand to be six days. One particular line from this beginning of our story is very important, for here we read, God saw all that He had made, and it was very good. Notice we are told ‘God saw’. In English, the verb ‘to see’ is passive and merely connotes the process of processing physical sight. However, in Hebrew understanding, the language in which the original manuscript was written, the verb ‘to see’, ra’ah, has a deeper meaning – to know.
What does it mean for something to be very good, in God’s eyes? One of the most important understandings of God is: He is perfect; wouldn’t you agree? Of what value or importance would there be to have a God who wasn’t perfect? How could we ever look up to or even worship a god that was imperfect? Right, then, we know when our Perfect God tells us something is very good, we know it to be perfect. Thus, when God created the world, it was perfect. But then the inevitable occurred.

And so it was with the two people who first inhabited the world, Adom (Man) and Chava (breath of life), Adam and Eve. Oh, don’t get me wrong, God created a perfect man; God created a man who was, initially, immortal; He made man to walk with Him and have a perfect relationship with Him. From this perfect man, God created a perfect woman and they walked through Gan Eden, the Garden of Eden, together, in perfect relationship with Adonai, God.
The Fall of Humankind
But, then, both Adom and Chava betrayed Adonai by allowing themselves to be seduced by the serpent, which was taken over by a tempter, possibly Satan himself. Did you read of the serpent’s seductive powers? Do you hear the doubt being introduced in the words? Did God really say, ‘You can’t eat from any tree in the garden’? (Genesis 3:1) Oh, how innocent and defenceless Chava was, in her response to this seemingly innocuous question, We may eat the fruit from the trees in the garden. But about the fruit of the tree in the middle of the garden, God said, ‘You must not eat it or touch it, or you will die’. (Genesis 3:2-3) Chava believed this to be true but listen to how the serpent challenged her assumption of God’s Truth: No! You will not die. . . In fact, God knows that when you eat it your eyes will be opened and you will be like God, knowing good and evil. (Genesis 3:4-5) What a wily challenge the serpent gave Chava. Once she began to doubt God’s word, that’s all the serpent needed to complete his task. Here is the first instance of pride bringing people down, recorded in Scripture: Then the woman saw that the tree was good for food and delightful to look at, and that it was desirable for obtaining wisdom. (Genesis 3:6)
Ah, the desire to be like God; what a seduction and both Chava and Adom fell for it. Ever since, people have been saddled with their own human natures, considered to be focused on our human desires, the things of the world - ambition, desires, hungers and power.
Listen to how Adonai told them of the loss of their immortality: You will eat bread by the sweat of your brow until you return to the ground, since you were taken from it; for you are dust, and you will return to dust. (Genesis 3:17-19) After such a horrendous consequence of their sin, you might have thought, Adom and Chava would have taught their children and grandchildren of the importance of being true and faithful to their Heavenly Father. 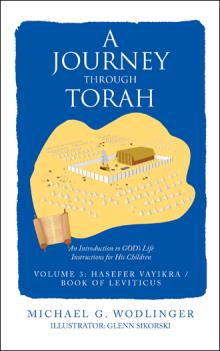 Is this your first time reading the Bible, or have you not read the five books of Moses before? Perhaps you are looking for some clearer understanding of what is being taught? If your answer to any of these questions is yes, then this is your book. A Journey Through Torah has been written specifically for you! And yes, even if you are well-read in the scriptures, these stories are sure to add valuable insight for your understanding.

As you read through these pages, you will be introduced to the ancient process of teaching—storytelling. Hi, my name is Michael Wodlinger, and I have been a teacher of stories for more than fifty years. Along with the renowned illustrator Glenn Sikorski, we have created a clear explanation of the many stories recounted in Genesis, the first of the five books of Moses. We pray you will enjoy.

Michael Wodlinger is a Jewish believer who was raised in a Jewish home in Toronto. His grandparents immigrated to Canada from the Ukraine in the late 1800s.
Michael Wodlinger has been a professional educator for over 50 years, as teacher, administrator, researcher, author, consultant and counsellor. He has a Master of Theological Study in Spiritual Formation at Tyndale Seminary, Toronto, a Master’s degree from the University of Toronto, in Educational Theory and a Doctorate from the University of Alberta, focusing on educational administration.
Michael has been working with educators in industry, health services, education, and churches. Prior to his retirement, Michael was employed as Associate Professor of Education and Director of University Research at Nipissing University, Ontario and, most recently, an adjunct professor with Tindale Seminary, Toronto, Ontario, Canada. An author of several books on adult education, reflective practice, effective mentoring and numerous other publications, Michael has focused his professional activities on critical thinking, decision making and mentoring skills.
Michael came to faith in Messiah Jesus later in life. Intrigued by the changes in his wife, Chantal, when she first came to faith, Michael’s curiosity and the gentle ministry of dear friends eventually brought him to the Lord. A Chosen People Ministries staff member had the privilege of praying with him when Michael decided to trust in the Lord.
Michael began his latest phase of career and ministry by serving with Chosen People Ministries in Toronto, Winnipeg and most recently Quebec where Michael and Chantal create and broadcast monthly Bible Studies and weekly Devotions through their website: www.heartformessiah.org, You Tube and Facebook. Michael and Chantal are active in the community, volunteering and sharing the Gospel. Michael and Chantal are currently discipling a small group of adult Believers and their children who are discovering their Hebraic roots.