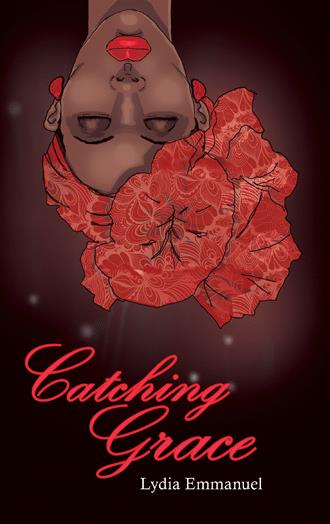 I woke up with a start, my heart beating fast. I had been pleading for forgiveness from My mother, gazing hard at her, arms wrapped clingingly around her legs; but she looked away the whole time. Suddenly, I felt a strong wind; so powerful that it started to snatch me away from her. Her motherly instinct kicked in with the force of this wind but it was too late to help me. Her face was filled with so much sorrow and I could not tell the exact cause of her pain. Was it my wrongdoing? Was it the fact that I was lost forever; or even both? As the gale flung me farther away, I lost sense of my bearing and could no longer hear my own voice.

I lay still in bed, hardly noticeable but for the slight heaving of my chest. “No one would notice anyway.” It dawned on me yet again that I was alone in this world and things got worse by the day.

I heard the screams first, other muffled sounds followed but the walls were too thin not to hear. I could tell there were slaps, punches, scuffling and someone being choked. This was no longer new to me and I sighed as I realized I was not moved by such disturbing occurrences. I had become cold over time. Just like the inmates in this prison, as I called it. I looked at the time, as I became aware of the environment. It was only 11:15pm. There were still working hours left.

Suddenly, it hit me! The sounds were coming for a familiar place—Ifeoma! I simultaneously went cold with fear then mad with rage. This was Ifeoma, meek heart and frail frame. It was a shame that she had found herself in this nightmare. Here, there were wildcats with sharp claws; ever ready to battle, always positioned to defend themselves. Not Ifeoma. Somehow, she had managed to preserve her innocent outlook to life despite all she had been through. There was no trouble in her, she avoided conflict and never spoke evil of anyone. Anything to keep the peace. I hated that she bothered at all, for this prison thrived on chaos. Peace was a strange concept. This prison was a bomb whose fuse was waiting to be lit.

Her screams were now so faint. She had run out of steam, poor thing. I stood up hurriedly, forgetting that I was undressed. “Save her”, was all I could think of. I had no idea how, but I was not going to sit and do nothing like others who sure were “minding their business” as usual. I rushed out of my room. More like a shanty. The tiny space that was once a storage was hastily cleared out for me upon my unannounced arrival. A threadbare mattress had been thrown on the bare half dirt, half-cemented floor. As I hurried down the passage of the dreary looking prison, the door of Ifeoma’s room flung open. A tall, thickset man in black uniform stormed out. His moustache was a perfect fit for his villainous look. He didn’t notice me as he hurriedly left in the opposite direction, rubbing his head. There was a cut on his head. I wish he saw the hateful look accompanied by disgust on my face. A mere Police Corporal and a corrupt one at that. They came at will to pick any girl of their choice, all the time overstaying their welcome and asking for all sort of special services. The girls hated them too but tolerated them for “license” to work. For my aunt who owned the prison and was the girls’ boss, it was trade by barter. In exchange for free services, her place had never been raided. They also served as her henchmen for any errant girl. It was her way of keeping the girls in check, preserving her rule and authority. The very ones saddled with the responsibility of protection had become perpetrators of debauchery.

Grace fully understood the need to be saved. It was the reason mother’s smile had become so rare. The same reason for the sudden commotion among her siblings, scampering to safety under the bed or pretending to be asleep in the room. The living room was not a place to be when her Dad returned.

Unfortunately, as the first child, she did not have the luxury of hiding. However, she also had a script: she would run quickly to drop her books then run back to the door as fast as she could, to collect his tool bag. It was more like a satchel actually, worn from years of use.

On this particular day however, she was not fast enough. Her head smarted from the unexpected blow. “What took you so long?” he said in a familiar slur. “You have been engrossed in those silly books of yours, right?”

She stepped back smartly, dodging the second knock that was destined for the centre of her head. He staggered a bit and almost lost his balance but before he could turn around, she had disappeared.

Once upon a time, she would have stood rooted to the spot, trembling as he hit her repeatedly – knocks, slaps and even blows to complete the physical assault. Mama would run to her rescue screaming and pushing her out of the way to take the beating in her stead. On one of those ‘save Grace Missions’, she had lost a pregnancy. That was the spur she needed; Grace never allowed mama suffer on her behalf again. She learnt to dodge and survive.

“Why does father hate me so much?” She asked.

“He does not hate you. He hates himself for what he has become. Your success is a constant reminder of what he could have had.”

Her intuition was right. Mama lay lifeless on the floor! Papa was nowhere in sight and her siblings were shocked and frozen with fear. Then came this loud, piercing, glass shattering scream.

Grace, much like every first child, has big dreams to be the beacon of light in her family—she wants to save her mother from the miseries of years of a troubled marriage and set the right example for her siblings, where her father has failed.

But, like that of every big dreamer, her path is roughened by betrayals, neglect, lies and escapades that push her farther away from her dreams. She finds herself miles away from home, living a life sustained by chaos, lustful passions and dangerous alliances.

Set in Nigeria, from the racing city of Lagos and the sleepy Ibadan City to the ageless Ile-Ife, Grace finds herself yearning for more than her new life can offer. And when she runs into a young man from her past, she realizes a choice must be made: continue with her life as it is, or retrace her steps back to where she had abandoned her dreams.

Ololade Okedare lives in Lagos, Nigeria. She writes under the pen name Lydia Emmanuel. As a screenwriter, she has both feature and short films to her credit. She runs an advocacy group for female victims of abuse and sex traders. She passionately pursues the vision of building them a rehabilitation shelter someday. Check her out at lydianuel.com