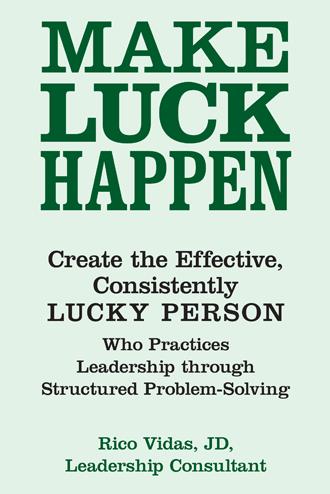 General Giap, in interviews after the War, stated that the idea to defeat the Americans came from reading T.E. Lawrence’s Book, the Seven Pillars of Wisdom. While gravely ill with a fever, Lawrence of Arabia had a revelation about how the lowly Saudis could force the Ottoman Turks out of Saudi Arabia during World War I. He reasoned that control of Arabia was not vital to the survival of the Turkish Empire. Therefore, he reasoned, if you make it costly enough long enough, they will leave. That is exactly what happened.

General Giap postulated, “Is Viet Nam vital to the survival of the United States? The answer is NO. Therefore, if you make it costly enough long enough, they will leave.” After losing more than 50,000 Americans in Viet Nam, the 1968 TET Offensive proved that any victory would require far more lives than the American People would accept. The anti-war movement was a response to revelations that the Gulf of Tonkin Congressional Resolution giving the President the power to wage the war was procured by fraud. The incidents attributed by the Military to North Viet Nam never occurred. The Pentagon Papers published by the Washington Post Newspaper showed that the Military had been lying to the American People concerning prospects in Viet Nam. The actions of the protestors were a legitimate exercise of free speech in response to the lies they had been told.

Because the United States, as a powerful Military Power could not impose its will arbitrarily on the small country of Viet Nam, the right-wing politicians stated that we had lost the war in Viet Nam because of the Left wing anti-war protestors. The prevailing sentiment is that we lost in Viet Nam.

I see it differently. We did not go into Viet Nam to prove that we could beat up a little nation. The rationale for engaging in Viet Nam was to halt the expansion of communism by military aggression. It was believed that Viet Nam would be a domino causing the other nations of Southeast Asia to fall like dominos to the communist through military aggression. This was called the domino theory.

If one holds to a racist concept that if a superior force of white men, and minorities lead by whites, could not impose their will on a smaller bunch of yellow men, then they have lost, then maybe one could argue that we lost.

But forget about racial prejudice and consider the following. Our strategic mission in Viet Nam was halting communist military aggression. We paid a high price, 55,000 American Lives lost. For the people of Viet Nam, it was Victory at Any Price – their survival, as an independent sovereign state, was at stake. To remain free of foreign control, stay in control of their own land and society and to be protected from American domination cost them 2,000,000 lives, two million from that little country.

Because of the war, the new reality was that it was now far too costly for the communists to engage in military aggression. The price of defeating the Americans was far too high to continue. The strategic mission of the United States was accomplished. The dominos did not fall. A high price was paid, but it was “mission accomplished” concerning the strategic objective. In a larger sense, both sides paid an unacceptable price, there were no winners.

In the twentieth century, impoverished members of Cesar Chavez’s United Farm Workers Union declared a grape boycott against California’s largest, richest, and most powerful industry, Agri-Business to win the right to unionize farm workers in California. It was literally the Poorest of the Poor against the Richest of the Rich in open economic warfare. To match the power of money, Chavez dispatched hundreds of families and individuals to organize the boycott in the urban centers, depending mostly upon community support to sustain these families. These families were used to­ living an impoverished lifestyle and this mission was just more of the same. Their poverty and determination spoke volumes for their cause. For the opposition to match this effort with money was too expensive even for the richest of the rich. The boycott that these families could sustain in the face of impossible odds was successful because they had always been forced to live, and become self-sufficient, at sustaining their meager existence under even harsher conditions. Big Agri-Business was brought to its knees and signed labor agreements.

The peaceful creation of new realities is always possible as is the destruction of seemingly all powerful Evil Empires. It is not always “How big is the dog in the fight, many times it can become how big is the fight in the dog.” It can also become “How smart is the underdog”. Think of Gandhi against the British Empire in India or Nelson Mandela versus the South African White regime where he had to fight from a Prison Cell for 27 years and came out a winner and became the first Black President of South Africa.

But a far more relevant point was that a small force could take on a large powerful force and through skill in the Art of War and Conflict, defeat or frustrate the superior adversary. Whereas my grandfather advised me as an undersized football player that if my heart was big enough, I was big enough, I now must modify that statement because we are operating outside the protected confines of the football stadium with its structured, level playing field and officials. Now, in the real world, a more appropriate rendition is that: If my heart is big enough, if my experience and plan smart enough, and my perseverance tough enough, then it is possible for me to successfully take on any adversary, no matter how big and powerful.

This book is designed to provide tools, strategies, and procedures to assist in empowering not only those who feel the need to increase their effectiveness at changing the world around them, but also to those who feel totally ineffective, powerless, and economically trapped, to change their reality for the better and forever.

We start with Elements of Substantive Leadership as the foundation from which LUCK emerges and examine its exercise by people who are effective because they are experienced at solving difficult problems. We examine Leadership Style as the complement for substance to form the truly effective leader. This is a book about “How” and “Why”. It provides tools and techniques to motivate and enable the reader to develop leadership skills that result in the ability to make things happen, to be the essence of effectiveness.

We then set forth Lessons for Life as an Effective Person. Lessons 1 through 9 provide case studies that illustrate Leadership and the use of Protocols for Problem Solving in action against, what many times seem, as impossible odds.

We end by summarizing and promising a future treatise that will describe using these skills to develop economic activity designed to eliminate financial helplessness.

The author of this treatise has spent a lifetime developing recognition capabilities and engaging the challenges of leadership teaching inexperienced, ineffective, but motivated, individuals to become effective leaders. This book is an attempt to communicate the relevant knowledge that he has accumulated.

The author’s experience is unusually varied and typically at a high decision-making level. It covers politics where he was a delegate to a national presidential nominating convention and served as a planning commissioner for a major American city.

He has been a principal in industrial ventures such as mining, where he secured the rights to a mine that had produced more than six thousand ounces of gold and in which he found new veins of gold. His construction enterprises included building classrooms and multipurpose conference halls for high school districts, and also an animal hospital for a municipal zoo. He has drilled oil wells in Tennessee and experimented with techniques for the recovery of nonproducing older wells.

The experience includes financial products where he founded an insurance agency that developed new approaches to retirement plans. He engaged in small and minority business development pursuant to government contracts. This included providing minority businesses with support services paid for by government programs. He programed a computer accounting system before the development of Quicken and QuickBooks. He has engaged in the successful development of numerous real estate housing, commercial, and industrial projects and has invented methods of financing to develop low-income housing. He served as chairman of the board of a national bank and spent two decades in the practice of law.

He has developed inventions and assisted others in bringing new technologies to market. He has developed procedures and protocols for the installation of portable housing infrastructure products where there are no utilities available. He has also served as a professor of history and chairman of an academic department of a state university. He has engaged in private investment banking, developed real estate syndications, and has authored and published financial securities private placement memorandum documents and offering circulars.

Because of this long and varied, hands-on background in creating new approaches to law, finance, construction and development, insurance, education, and new technologies, the author sees meaning, problems to be solved, and opportunities for good fortune almost everywhere. For him, the key now is focusing on that which is important today and in the future. Part of what is important is sharing his insights and knowledge for the future good. That was the genesis for writing this book.