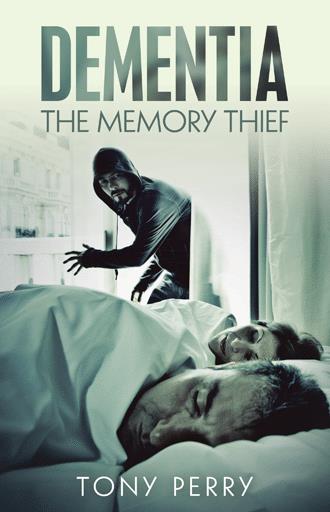 I retired in March 2018 after serving 17 years as Sheriff of Camden County, NC and served 10 years as Chief Deputy and Deputy Sheriff with the same sheriff’s office. When I started working there in 1986, I was the only full-time deputy. When I retired, the number of employees grew to 25. This county is 241 square miles, 45 miles long with a population of 10,250. It is a bedroom community for workers in the military, Hampton Roads area shipyards, and surrounding counties such as Pasquotank, Currituck and the Outer Banks. Camden County has been a great place to work, play and live together.

Although Camden County was a small county compared to the surrounding areas, it had its share of problems just like any other jurisdiction. Through my career, I saw enough crime activity to render myself numb except the abuse of the elderly and children. That was something that stuck with me including the teenage suicides and we had a lot of them; more of them than the surrounding counties, why I don’t know and could never figure it out.

I also saw the need to help the under privileged or the needy, however you classified those, and I could never find the correct word to “name” them. I was successful in raising awareness and funding to buy toys and clothes for those in need at Christmas time. This program was conducted all the 17 years I was elected Sheriff. I got great satisfaction from this endeavor and every year enough money came in to support whatever the need was. That was God’s plan, his grace for those in need.

On the worst side of the spectrum of law enforcement was the crime victim. In 1989, I was a victim of crime when someone stole a motorcycle from my front yard, yes, while I was a deputy sheriff. To this day, I am not sure where it went. That was minimal compared to what my citizens discovered when they came home from work and found that their homes had been broken into. It was a complete and utter violation of their sacred place of sleep and personal space. Stealing guns, money saved for groceries, televisions, laptop computers, jewelry handed down from generation to generation all in the name of selling it to buy drugs. Mostly.

I would be extremely angry if someone broke into my home and went through my drawers and taking things that mean more to me than life itself for it to be either sold or thrown in a dumpster. There just isn’t any sense to the madness. I arrested one young man that had broken into a family home and taken their daughters underwear and a picture of her. I found these items in his home after a tip. Another incident, a man’s home was broken into and the crooks took all of his long guns. Thank goodness he had the serial numbers and when the crook tried to sell one of the guns in Florida, he was caught red handed. Some of the guns were recovered but not all of them.

Any home broken into raised a red flag with me. Who is doing this crap and getting away with it? Sometimes it was family members or by someone the homeowner knew or even worse, by a laborer in the home doing some repair work. You just can’t trust people anymore. I have seen homeowner’s family pet stolen. That’s like stealing a child from the parents.

Around 2015, we had an individual that had broken into eight homes. No one was at home each time as if this individual carefully scoped out each home he had broken into. To think someone is out there riding up and down the road in front of your home waiting for you to leave so they can damage your front and rear doors to gain entry to ransack and steal your precious belongings. To steal personal things and damage your home that you have worked so hard for and given so much pride into providing a safe haven for your family.

The Sheriff’s Office investigators and I were at wits end to bring closure to this menace that was terrorizing the county. We had no clues. I was heavily burdened by this. As Sheriff, you carry these heavy burdens and it is worse when the homeowners call and complain that we are incompetent and want this terrorist caught. I was told by other homeowners that if they catch this guy in their home, they would shoot to kill him.

I called several of my close prayer partners. They were my administrative assistant Lillie Williams, my chief deputy Rodney Meads and my close friend and animal control officer William Sawyer to meet me at his church, New Shiloh Missionary Baptist Church, which was in the vicinity of those home burglaries. I told them prayer was our last resort to stop this terrorist in our beloved county. We all held hands in the sanctuary of that church, and we all prayed. Tears were flowing and I felt an enormous amount of peace that day after that prayer gathering.

Soon a tip came in of a possible suspect and my drug agents placed a GPS tracker on his vehicle. In a few days, after following this terrorist, he was finally caught. When the deputies showed up to his home, he was cutting grass and the expression on his face was priceless!

What a relief in my soul and the folks in Camden County. It was later learned that this terrorist’s wife was out wearing stolen jewelry. She was arrested too. I cannot express enough what people feel when their homes have been violated, almost like rape, when your personal space and privacy has been taken away from you.

This is what dementia does to your love ones and the caregiving family. Your love one with dementia may or may not realize what is happening. Some do and see their life changing, their joy stolen, their ability to comprehend is stolen, their everyday life we so take for granted diminishes. The caregiver can be a victim, too. What to do now and how?

Tony Perry is a retired sheriff of Camden County, North Carolina, where he currently resides. He tells the true story of his family dealing with dementia, his workplace, and how God is mixed in with showing love and careful consideration of others who need structure in dealing with this incurable disease. He was and now again a caregiver—first, his dad, and now, his wife. Follow his journey and let God love and guide you through this amazing true story.

Follow the Sheriff as God leads him through the tough times in the fight with dementia not only with his constituents but with his dad and his wife. Learn about dementia through his research and with his personal experiences. Through struggles, God guided him daily in his walk in how to manage the spike in emotions and gave him strength to show others how to get through these tough times.