The Study Guide for the NIV Bible 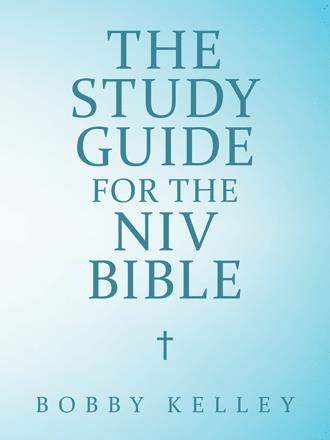 NOTE: “Vs. 1:1 “Bondservant. … the common NT word for servant. Although in Greek it most often referred to the involuntary permanent service of a slave, Paul elevates this word by using it in its Hebrew sense to describe a servant who willingly commits himself to serve a master he loves and respects.”
“apostle – The Greek word means “one who is sent.””…..Christ gave them power to confirm their apostleship with miracles.” (MacArthur 2005)

The Study Guide for the NIV Bible is designed to help you to study the Bible as you read through the Bible. The author is gifted with the gift of teaching and has devised this study guide based on her desire to encourage Christians to read and study the Bible.

Bobby Kelley is definitely a teacher of God’s Word. She has over 45 years of teaching experience working in Children’s Ministry and assisting adults in interpreting, understanding and studying the bible. She is the daughter of a Methodist Pastor and accepted her calling soon after she received Christ in 1971.

It has taken her over 3 years to complete, and as you read and use this manual you will undoubtably sense her love for God and His written word. To put it simply, this guide was designed for the sole purpose of assisting new believers and older adult Christians who have difficulty in studying and/or understanding bible.