Running from Poverty and God 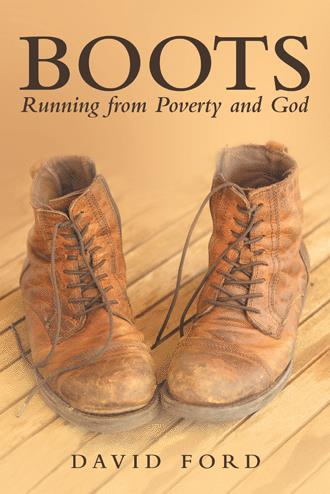 James (Boots) had never been anybody in school. Most students just ignored him or pointed at him and snickered; today that was about to change.The coach called James into his office and said, “Today we are going to run the mile. I want you to wear these shoes when you run.”(The only shoes James had were a pair of boots that were three sizes to big). The coach handed him a pair of tennis shows and there was a pair of socks inside the shoes.
“Will you do that for me Boots?’ the coach laughed.
The shoes were not new, but they were the most comfortable shoes James had ever worn.
As the race began, James decided to run as if he were out running by himself. He ran all over the plantation in the summer so he didn’t see any big deal about running a mile.
On the final lap the coach shook his head knowing that at any moment he would probably see Boots fall to the side of the track in exhaustion. As James started down the backstretch of the final lap he saw a change in the running stride of James. He began to run even faster; no one was within a 150 yards.
As he crossed the finish line, the nearest runner was 180 yards behind. Coach Richards look down at the stopwatch and couldn’t believe it. He kept staring at the watch and almost missed the second place runner’s time. The watch read 5:20.3. This was the time you would expect a good high school senior to run. As the bell rang to go home, the coach stopped Boots and said, “Young man this can be your ticket out of here. You can become a great runner. It can change your life if you will dedicate yourself.”

James Harris seemed destined to continue his family heritage of picking cotton on a rural plantation in Mississippi. But he found he had the ability to become a great runner, which he hoped would get him out of the lifestyle his family had known for generations. The problem was, he had also been running from God his entire life.

David Ford graduated from East Tennessee State University with a master’s degree. He then spent the next thirty- five years teaching science and biology at the middle and high school level. After retiring he discovered a hidden talent in writing. He has published three books and has written two more to be published soon. David says, “My name might be on the book, but God wrote it.”