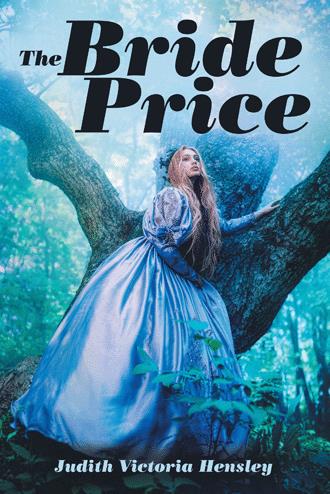 The commotion on the road meant only one thing. A long procession made its way toward the castle, passing on the road quite near the flowery hillside where Shalayah and Margot labored. They were captivated by the splendor of it all. The men rode well, tall and sleek in their saddles, wearing tunics of fine fabric. Beautifully worked silver adorned the harnesses of the horses. Shalayah didn’t mean to stare, but she had never seen such an extravagant procession, and she had seen many come and go from the kingdom of Prydian.

“It must be the men of Avalonia,” observed Margot.

“We’d better be quick with today’s work. The princess will be wanting special attention,” said Shalayah, but she could not resist watching as such finery passed by.

Trying to focus on the task at hand, she stole an occasional glance at the spectacle passing by. Shalayah continued to pick the blossoms which grew profusely on the hillside outside the castle walls. Only they would do to perfume the water for Princess Aelyn’s bath. Shalayah and Margot were sent among the thorns to bring back the most pungent, aromatic blossoms that could be found. Although they were much smaller than the domestic ones in the greenhouses and gardens, their fragrance could not be matched.

The young women knew the princess’s penchant for the exotic baths she demanded from time to time. It had been rumored for several weeks that an Ambassador from Avalonia was to come in search of a bride for King Gawain and Queen Orla’s eldest son who would one day rule Avalonia. Princess Aelyn wanted to be ready if the rumors had any substance. The evidence of this truth passed before the girls.

“Beautiful colors,” commented Margot. “Silver and blue. Perfect for a country that is said to be located where the mountains meet the sky.”

First came royal guardsmen with banners flying at the front announcing to the world that the representatives of Avalonia were come. Then came the ornate coach with finely dressed coachmen and footmen. Behind the coach trailed a variety of Ambassador Aldrich’s serving men followed by wagons of goods and supplies, and at the last, more guardsmen. The importance of the visitors was obvious. Only royalty or their designated representatives could travel more than a few miles from home with such extravagance, and these had come a long way.

“Do you reckon they’ve truly come to find a bride for some fine prince?” Margot asked as she worked.

“So, they say,” answered Shalayah.

“Then let us pray they choose Princess Aelyn,” she said with a laugh as she worked.

Curiosity bid Shalayah try and catch a glimpse of these important men the eligible women of the castle had imagined and spoken of daily for the last fortnight. Carriage curtains were drawn but one suddenly opened on the side where Shalayah was standing. A kind face appeared. He must have been close to thirty-five years of age but was still quite handsome in a well-groomed and refined sort of way. He looked toward the castle, oblivious to their presence on the hillside.

Shalayah caught her breath when she realized one of the riders beside Ambassador Aldrich’s carriage was staring directly at her. For an instant their eyes met before she dropped her gaze and bowed respectfully as the procession passed. Taking her cue, Margot did the same. Shalayah remained as a Greek statue, silent and unmoving, and quite ignorant of the lovely image she created amidst the rose thicket. Margot made a quick curtsey and continued her task without noticing, but Shalayah held steady in her curtsey without looking up at the man again.

The Bride Price is an allegory of God’s great love for His Son, and His Son’s great love for His bride, the church. The idea came about through a friend from South Africa who told me what she believed were true events in an oral story of a culture that honored the bride price.

Judith Victoria Hensley is an award-winning teacher, writer, newspaper columnist, and photographer. As a single-again woman, mother of one and grandmother of two, she has made her home in the mountains of southeastern Kentucky, where she says exists an endless supply of story inspirations and photographic opportunities.

Judith has written or been involved in over thirty book projects, short stories, magazine articles, and continues to write a weekly newspaper column for the Harlan Daily Enterprise for over twenty years. She describes herself as a story gatherer.

Her latest projects have included a six book Warrior Women series devoted to gathering and sharing stories from women who have experienced God’s love and intervention in unique ways during life’s challenges. The latest in the series, Warrior Women, Outpouring is anticipated for publication in the fall of 2019. She is also working on the third book in the Panther Tales series, which includes eye-witness encounters with big cats in the southeastern United States. Other projects are in progress, as well.

“My greatest desire is to honor God in all that I do, and especially with the gift of words.”