The Sun Will Rise

A Story of Rising Again After Unimaginable Loss 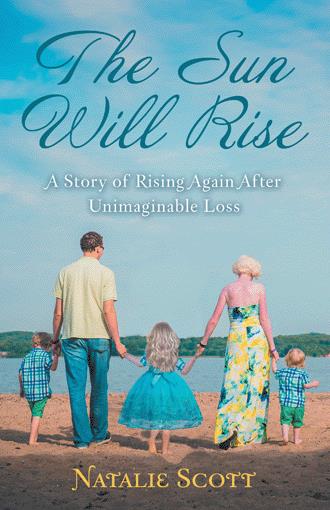 How do you begin writing about the end? Where does the story start? Does it really end?

This is my story. Or should I say, the story of my sweet Eleanora.

The journey with Eleanora really started on my 27th birthday, long before she was born or even conceived. Nick and I had been married for almost two years with the idea of kids somewhere in the future, but not anytime soon. After being laid off and searching for a job for a year, Nick finally found one and started in November. Swinging 12 hour shifts and traveling 1.5 hours each way was tough, but it was a job and it was a good one.

My birthday in January went like every other year with no one making a big deal, but one major thing happened. When I woke up that day something clicked for me. That morning I knew with absolute certainty that I was ready for a baby. Nick didn’t understand and I can’t really explain it either, but I knew whenever it happened, I was ready.

Typing it out now, it seems silly. With all of the uphill battles we were already facing, I can’t explain why, except that I felt it in my heart. I told him it did not need to be today or tomorrow or even next month, but I wanted to start the conversation. While most of our relationship we were on the same page, we were both ready to move in with each other, get engaged and married – we hit a road block when it came to the topic of a baby. At one point, about a month after telling him I was ready, he told me he did not think he ever wanted kids. I told him that was a deal breaker. The conversation stopped there and we went out that night.

Fast forward to June, I had a major medical issue and Nick was so afraid he was going to lose me. I was in pretty bad shape when one day he turned to me and said, “I am ready now, let’s have a baby.”

The Sun Will Rise takes the reader on a journey with the author losing her firstborn child and how she rose again after that loss. The book offers hope to other parents and loved ones experiencing similar losses. The book shares memories, words of comfort, and above all, the promise that you are not alone on this path.

Natalie Scott is a mother of three beautiful children. She has been a writer for Easterseals for over a decade but has been writing for as long as she can remember. She has a story published in Chicken Soup for the Soul – The Magic of Mothers and Daughters and Chicken Soup for the Soul – for Mom with love. She started writing The Sun Will Rise after she lost her daughter, Eleanora. She has an adventurous spirit and loves to travel with her husband and children. They are all Disney fanatics!