The Power To Get Wealth 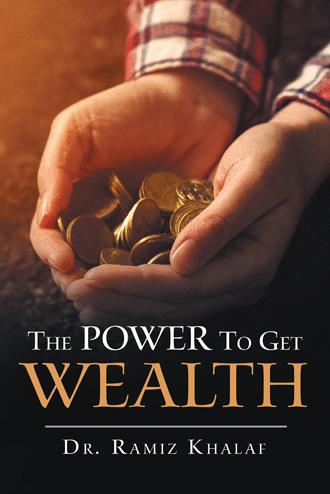 God Is Not Against Our Having Wealth

“For wisdom is a defence, and money is a defence: but the excellency of knowledge is, that wisdom giveth life to them that have it.” (Ecclesiastes 7:12 KJV)

“A feast is made for laughter, and wine maketh merry: but money answereth all things.”

God is not against having riches and wealth as some think. God has given His people wealth that they can use and spend when required. There are some who have the opinion that men of God or people of God should not have much wealth. But that is not what the Scripture shows, as well as there are times when we may need to mobilize large amounts of money to further the fulfillment of God’s plan so that He can be honored and glorified.

How could Abraham have been able to fulfill God’s will and buy the field of Machpelah for burial if he hadn’t any money?

“7 And Abraham stood up, and bowed himself to the people of the land, even to the children of Heth.8 And he communed with them, saying, If it be your mind that I should bury my dead out of my sight; hear me, and intreat for me to Ephron the son of Zohar,9 That he may give me the cave of Machpelah, which he hath, which is in the end of his field; for as much money as it is worth he shall give it me for a possession of a buryingplace amongst you.10 And Ephron dwelt among the children of Heth: and Ephron the Hittite answered Abraham in the audience of the children of Heth, even of all that went in at the gate of his city, saying,11 Nay, my lord, hear me: the field give I thee, and the cave that is therein, I give it thee; in the presence of the sons of my people give I it thee: bury thy dead.12 And Abraham bowed down himself before the people of the land.13 And he spake unto Ephron in the audience of the people of the land, saying, But if thou wilt give it, I pray thee, hear me: I will give thee money for the field; take it of me, and I will bury my dead there.14 And Ephron answered Abraham, saying unto him, 15 My lord, hearken unto me: the land is worth four hundred shekels of silver; what is that betwixt me and thee? bury therefore thy dead.16 And Abraham hearkened unto Ephron; and Abraham weighed to Ephron the silver, which he had named in the audience of the sons of Heth, four hundred shekels of silver, current money with the merchant.17 And the field of Ephron which was in Machpelah, which was before Mamre, the field, and the cave which was therein, and all the trees that were in the field, that were in all the borders round about, were made sure 18 Unto Abraham for a possession in the presence of the children of Heth, before all that went in at the gate of his city.” (Genesis 23:7-18 KJV) It wouldn’t have been right for Abraham to take the land for free without paying for it. It would have been regarded as a favor from a non-believer and Abraham would not have accepted that.

When we pay, we show integrity, and we honor God. In paying for what we need, glory will go to God Who has provided us everything we need, including finances for life and godliness.

How would Jacob have been able to buy food from Egypt for his family during the time of famine if he had had no money?

“1 Now when Jacob saw that there was corn in Egypt, Jacob said unto his sons, Why do ye look one upon another?2 And he said, Behold, I have heard that there is corn in Egypt: get you down thither, and buy for us from thence; that we may live, and not die.3 And Joseph's ten brethren went down to buy corn in Egypt.” (Genesis 42:1-3 KJV) “1 And the famine was sore in the land.2 And it came to pass, when they had eaten up the corn which they had brought out of Egypt, their father said unto them, Go again, buy us a little food.” (Genesis 43:1-2 KJV)

How would the Israelites have been able to offer to God for the construction of the tabernacle at the time of Moses if they had not kept what God had given them before they left Egypt?

“35 And the children of Israel did according to the word of Moses; and they borrowed of the Egyptians jewels of silver, and jewels of gold, and raiment: 36 And the LORD gave the people favour in the sight of the Egyptians, so that they lent unto them such things as they required. And they spoiled the Egyptians.” (Exodus 12:35-36 KJV)

Jesus said, “But lay up for yourselves treasures in heaven.” (Matthew 6:20 KJV) This means to translate material things into Heavenly treasures. God gives us material things to live away from sin, to live in holiness, and to let the work of God go well as He ordained it.

The writer of Hebrews said to the persecuted church, “And took joyfully the spoiling of your goods, knowing in yourselves that ye have in heaven a better and an enduring substance.” (Hebrews 10:34 KJV) Persecution contributes to suffering and the confiscation of goods. Today many Christians are never being persecuted but they are perishing in poverty. Why? Mismanagement of finances are the sins and the reasons. Many of Jesus’ parables speak about God’s judgment on bad stewardship. Indeed, God had placed treasures in your hand, but if you had messed up somewhere, today, the Lord wants you to go back and correct it.

This book in your hand, The Power To Get Wealth, is based fully and only on the Bible. It speaks in details about financial mismanagements. You will learn of pitfalls, mistakes, and sins that cause people and churches to err in areas of finances. You will be able to see yourself and discover principles, thoughts, and Biblical solutions to apply in your life to move out from your financial crises. You will receive tips, skills, and strategies that will make you fruitful in your family, ministerial life, and God’s Kingdom.

I pray that your life will be transformed and delivered from financial bondages as you start to apply the principles of His Word in your life. May the Lord richly bless you and make your life fruitful unto Him and for His glory alone.

Ramiz Khalaf was born at Nineveh, Iraq, in 1965. He finished his education as a medical doctor and worked as a surgeon for several years. Ramiz was an atheist, but in 1999 he was called by God to know and receive the grace of the Lord Christ Jesus. In 2006, God took him from his medical profession to serve as full-time overseer of the Church of God, United Arab Emirates. Ramiz married Violeta in 2005 and he is a father of one son, Isaac. The author’s ministry is preaching the Gospel, teaching and making new disciples, planting and nurturing new congregations, counseling and training workers to become effective leaders as they lead their families, lead others to Christ, and lead new Church congregations.