Understanding the Book of Revelation:

A Commentary on Scripture 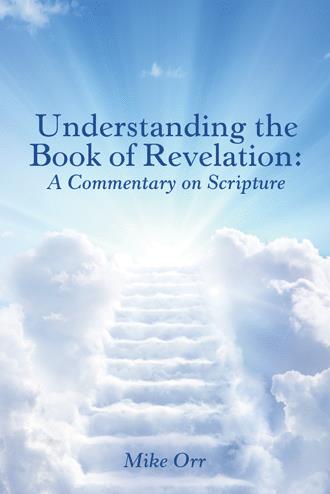 The first beast is the antichrist and is said to come out of the sea. The sea is a figure for the world and pollitics. He wil be the leader of the New Roman Empire, otherwise known as the United States of Europe or the European Union. He will make war with the saints and be given power to do so for 3 1/2 years. There are currently 28 countries in the EU- European Union. In the future there will be ten and the beast will subdue three of them. Horn is a figure for leader. Dan. 7:20- “Concerning the ten horns that were on its head, and concerning the horn which came up to make room for which three of them fell out. This horn had eyes and a mouth that spoke arrogantly, and seemed greater than the others. As I looked this holy made war with the holy ones and was prevailing over them.” He will rebuild the temple and take his seat in it, declaring himself to be God- 2 Thes. 2:4. When he does this he will be assasinated- shot in the head and killed. Rev. 13:3- “One of the heads seemed to have received a death blow, but its mortal wound was healed.” Then after 3 1/2 days he will rise from the dead and now will be unstopable. This is the counterfeit Jesus. He will be young like Jesus was and will try and duplicate the things that Jesus did to convince people that he was God. He is the Madhi or twelth imam which Islam believes is the messiah, but we will know him as the beast. Now when he rises from the dead the people will believe that he is God and will build a statue of him in his honor. The second beast, the false profit will go over to the statue and breathe life into it, causing it to speak and come to life. Rev. 13:14-15- “It deceives the inhabitants of the earth telling them to make an image for the beast that had been wounded by the sword- yet lived. It was alloud to give breath to the image so that the image could even speak and cause those who would not worhip the image to be killed.” This being will cause people to receive the mark of the beast Rev. 13:16, which will probably be a coputer chip. They can’t buy or sell without the chip. The end time prophet will expose the beast and warn the church so they can avoid him. The two witnesses will also warn people. It appears that the beast will battle with the church saints- those befor the rapture and after the rapture with the tribulation saints.
The beast will receive his full power of 3 1/2 years after the fir 3 1/2 years of the seven year tribulation.
Now the second beast comes out of the earth. The earth here is the church. This man is a backslider. He gets his power from the first beast and is known as the false prophet. He makes the world worship the beast. He does miracles in the sight of the beast. He makes fire come down from heaven to deceive the people. Rev. 13:13. The fire coming down is probably controlled by a satellite.

This book is a comprehensive study of the chapters of the book of Revelation in the form of commentary supported by many references.

I grew up in the 50s and 60s in the midwest and was raised Catholic. I watched Billy Graham on TV talk about salvation, but did not really make a connection. Then in 1975 my best friend got saved. He introduced me to some of his friends in a metro park. Eventually I got “convicted” and went to their fellowship house and said the sinner’s prayer with them and asked Jesus into my life. I moved into their fellowship and started learning alot about the Bible. I learned more in one hour from them, then I did the previous 24 years of my life, from when I was a Catholic.
Three years later in 1978 I was attending a big meeting out on the east coast, where Stewart, the pastor was giving an end times Bible study. He was showing how to interpret scripture and was translating Mat. 24. It was at that point that I really became interested in the “end times”.
Over the years I have studied Revelation and the books that refer to it. I have also read other people’s works on the subject and have listened to many speak on the subject. My book is based on my conclusions.
My book is short, concise, and gets to the point. I am not long winded. I know that after reading the book that many will have questions and criticisms. This is why I am providing contact info so you can correspond with me. I will debate you using scripture and expect that you will do the same- “He who speaks the truth gives honest evidence, but a false witness uters deceit.” My email is- mfoguy£gmail.com
My walk with Jesus has been a rocky road and I have not always been faithful, but He has always been faithful to me- saving my life on more than one occasion. He has appeared to me in a mirror, so I know what He looks like and have no excuse not to believe.
Hope this book is an inspiration to you.