The Righteous and Disciplined Life 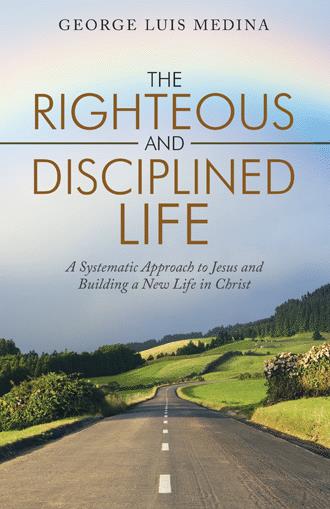 Let’s just put it out there, this present world is evil and it is Jesus who came to deliver mankind from this present evil world, (Gal. 1:4). And because this present world is evil it has touched each one of us in some way and manner. Some us in more ways and manners than others so many have pasts that have led them into captivity because of that past and are stuck in it. There is a Deliverer for your past whose name is Jesus, through the Apostle Paul he brought the gospel to the gentile nations of the world. In this world abuse takes on many forms, whether emotional, financial, physical, sexual, verbal, elder, and even spiritual abuse. Humanity with its fallen nature abuse one another instead of loving one another. And I believe the biggest forms of abuse is trust in a relationship and the very reason there is so much divorce. Another is in the work place, abuse of authority, supervisors abusing their positions with the employees and business owners abusing the labor an employee gives him. All for the fulfilling of their fleshly desires and the almighty dollar. Because of abuse, there are many wounded and scarred people out there. Some mad with vengeance in their heart some broken, depressed, hopeless and alone by choice or because no one cares. But I want to let you know God cares. That’s why he sent his Son into the world to deliver them that believe. That’s why you have this book in your hands right now. We could talk at length on the dynamics of these forms of abuse but I want to focus on getting past the trauma any type of abuse might have caused. Having unresolved issues in your life will keep you captive to your past and control your behavior in the present and keep you from having a future. Whether you have come to Jesus for help or not you must deal with any unresolved issues so that you might be freed from their controlling nature. That’s one reason to leave this world and place your trust in a gentle man who has only your best interest at heart. In him is everything you need to recover from your past, begin living in the present and once again have hope for your future. In him is true life everlasting, liberty from the past, power for your present and wisdom for your future. In him you will find rest for your soul, peace for your heart and love for your life. Don’t wait any longer, don’t waste any more time, come to Jesus your savior, your deliverer, your comforter, your peace, your love, your joy, your guide and very life.
We live in a dark and wicked world, you just don’t know what is happening behind closed doors unless it comes into the light. Anyone who has seen any of the myriad of television shows about true crime that is dominating television gets a glimpse of what happens behind closed doors. For example, many abuses of the past recently came to light in a movement called “Me Too”. “The Me-Too movement (or "#MeToo", with local alternatives in other languages) is a movement against sexual harassment and assault.” (Wikipedia, Me Too movement) In 1Corinthians 6:9 Paul lines up people and acts that definitely will not be able to inherit the kingdom of God. The one I want to focus on the “abusers of themselves with mankind”. In the KJV it says “abusers of themselves with mankind”. “So many people try to throw this out as meaning homosexuality, please research your sources before you go proclaiming translations as something they are not. This is one of the only translations that actually gets it remotely correct on 1 Corinthians 6:9-10. The ancient Greek term is hard to find in Greek literature, but when it has been used it is used as a class struggle, where a person in a HIGHER position abuses someone in a LOWER position.” (https://seekinghistruthblog.wordpress.com/).
In the passage “abusers of themselves with mankind”, I believe Paul was telling us that those who abuse themselves, their person, with humanity. The strong-willed preying on the weak, the aggressive, (bullies) preying on the docile, the one in authority on the underling, the devious on the trusting, the criminal on the law abiding, the elder on the younger, and the younger on the elder. As we have said abuse takes on many forms but whatever type of abuse you have been on the receiving end of there is hope and power in Jesus to let go of the past hurts, heal from the scarred wounds, live in the presence and have hope for the future. I would not pretend to know what you went through and how it has affected you yet I do know there is a solution in the new life Jesus died to give you. I want you to find out early on that you do not have to live with the wounds and scars of the past or live with vengeance in your heart for your abusers. I too was abused as a child and it set the course for the rest of my childhood and most of my adult life. I too wasted my life because I couldn’t and wouldn’t let go of my past. I too lived with shame, embarrassment, anger, hate, vengeance and resentment I should have not had to. I want you to know the beauty of true life found in Jesus can unfold in all its wonder in the desert of this world. Life can be beautiful even though you have been dragged through the muck of it. Not all of life is dark and cloudy and miserable even though it seems like it. You just haven’t found your way out of that part so you can live in another part, the good part God has in store for you in Christ Jesus. You have turned out the lights…..

We all have a past and coming to Jesus and being born again doesn’t mean you don’t have baggage to deal with. This book deals with a systematic approach to letting go of the past and moving forward toward the prize of the high calling of God in Jesus. It also goes on to show you what transpires in the new birth, what must be done in order for you to grow effectually in Christ and build a prosperous life while living in love, peace and joy of the Holy Ghost. It also outlines three things the church must be willing to do in order to enjoy the manifestations of God through the gifts of the Holy Spirit.

Infilled with the Holy Spirit inside a prison cell while locked up 23/7, George had a visual and strong experience with God. Since then he has studied the Word both inside and outside of prison. Through waiting on the Lord and prayerfully seeking God’s will for his life, George was sent to be an evangelist and signs and wonders followed in his young ministry in prison. God has mandated some things he wants the church to correct which George reveals in this book. Currently George and his lovely wife, Xochitl are taking classes for their Pastoral at their home church, the Lighthouse Church of All Nations in Alsip, Illinois.