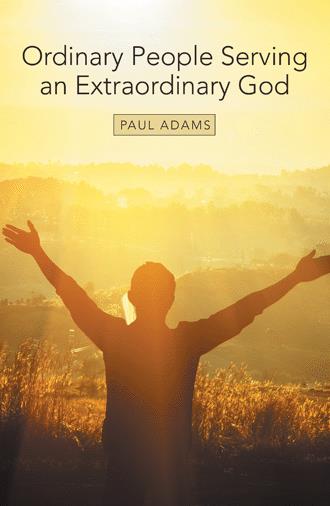 I was escorted to the front of the line by his son and brought straight to his bedside. The son put a chair at his dad’s bedside and he motion for me to sit. I said, "Please stay with us, let’s get another chair." He said, “No, my dad wants to see you alone.” The son left and closed the door behind him as he went. I looked at the man in the bed. He said "Paul do you see that behind me?" I looked behind him and there I saw a picture hanging over his bed. There wasn’t anything special about the picture. It was just the standard hospital picture of nature or something. I asked "What do you see?" He said, “It’s a staircase and when I look up the staircase, I can see eternity.” My first thought was, "Okay the morphine is working," but then I got serious. I asked him, "Have you tried to go up there?" He said, “Yes, I went all the way up there." "What is the staircase like?" I said, "Tell me more about it." He said, “It’s made of stone, it’s gray in color, it’s a large spiral staircase." This really intrigued me, because I hadn’t said anything to him about what I recently was learning at home.

I was learning about the story of Jacob’s ladder and Jacob saw the angles ascending and descending on the ladder that was set up on earth and the top of it reached to heaven. The word ladder in the Strong’s Concordance showed also the translation “staircase." This man also said “behind him was a spiral staircase.” Well in this lesson, I was also learning how God uses spirals in his design and work. The DNA in our bodies are spirals, the galaxies of the universe, all to be found to be in a spiral. This man is now telling me to look at the spiral staircase in his room reaching from earth to eternity. I was surely believing him and what he was seeing. So, I continued and ask questions, "What did you see at the top?" He said, “I went up there and at the top of the staircase, I can see the feet of Jesus. There is a rail and Jesus is on an elevated platform. I tried to climb it to reach Him, but I can’t get up there." Then his eyes looked to me and slightly closed and he said, “But to the left of this platform there are two men. One is tall and wearing a hood, and the other is short and bald. He said "They are standing at a staircase that goes down and there are flames coming up from it. Oh yeah, I also meant to tell you that between me and Jesus, is you! What does all this mean?"

I took all this in, he was seriously looking for my help. My first thought was, "Is he saved?" I asked him, "Do you think you are saved?" He said, “I think I am.” It was Saturday and I knew I would see my pastor the next day, so I told him I needed time to think about this and would see him on Monday. He said "Okay," and I left. I thought about all that he told me. The Bible says that every knee will bow and tongue will confess that He is Lord. "Is this how this happens?" I thought. A platform for unbelievers and a rail that separates them from the Lord? A place to bow and confess that He is the Lord and then exit left to the men with flames?

The next day at church I asked my pastor and told him all I was told. He said, something is wrong, he should see all of Jesus. The pastor told me to tell him to cry out to Jesus and ask Him to help. I went to work the next day and started to work right away, it was very busy. As I approached my break time, I remembered to go see this man. I went down to the first floor where he was. All the fanfare was gone, there wasn’t a line of visitors waiting to see him, the hall was very quiet. I knocked at the door and went in. He was lying in bed, his eyebrows still furrowed. I greeted him and asked how he was doing. We talked for a little bit, he said he could still see the staircase, but nothing else had changed. Then I remembered what my pastor told me to tell him. I told him something was wrong and that he should see all of Jesus. I told him the pastor said to cry out to Jesus, so he did. He yelled out so loudly, “Help me Jesus, Help me Jesus, Help me Jesus!” It was so loud I was sure people would soon be at his door asking what was going on. At the same time, I thought "Why not yell out that loud, he is fearing for his life." I decided right then the level of shouting was appropriate for someone in danger and fighting for their life. We then prayed together and he laid back down to rest.

I came later in the afternoon again to see him. Just looking at him, I could see something was different. He was sleeping, but now his eyebrows had leveled off. They had been furrowed at all times during the last four days. He seemed to be at peace now. He died a few days later, his eyebrows never furrowing again. I believe the cry for help was honored by Jesus and he was saved from the fiery staircase that had been waiting. The Bible says “Everyone who calls on the name of the Lord will be saved” (Romans 10:13). Praise the Lord!

Saint Paul claimed to be the chief sinner, but the man that Paul Adams once was could rival him—but not anymore.

The life of deceit, selfishness, and pain that the author engaged in is now in the rearview mirror. When he reads about the people who will not inherit the kingdom of God, he can see the man he used to be walking toward eternal destruction.

While Adams was close to certain death many times, God kept him here so he could become a soldier for His cause. Ever since Adams was saved, he has sought to win souls for the Lord. In this testimony, he asks powerful questions such as:

• How can we work on a daily basis for God’s glory?

• Where can we find opportunities to be part of God’s work?

• What can we do to be sensitive to the Holy Spirit?

While Adams is just an ordinary man, his journey of slowly moving toward Christ until being born again holds valuable lessons for everyone. Discover how you, too, can be redeemed and live in God’s love and grace.

Paul Adams is a nurse at a local hospital. After his own salvation, God came to him and showed how he could navigate life’s spiritual battles. He has been able to be part of the amazing story of God’s grace, healing, and salvation to those who are in desperate need of Him.